State senators pre-filed bills on Wednesday ahead of their return to the State House in January. 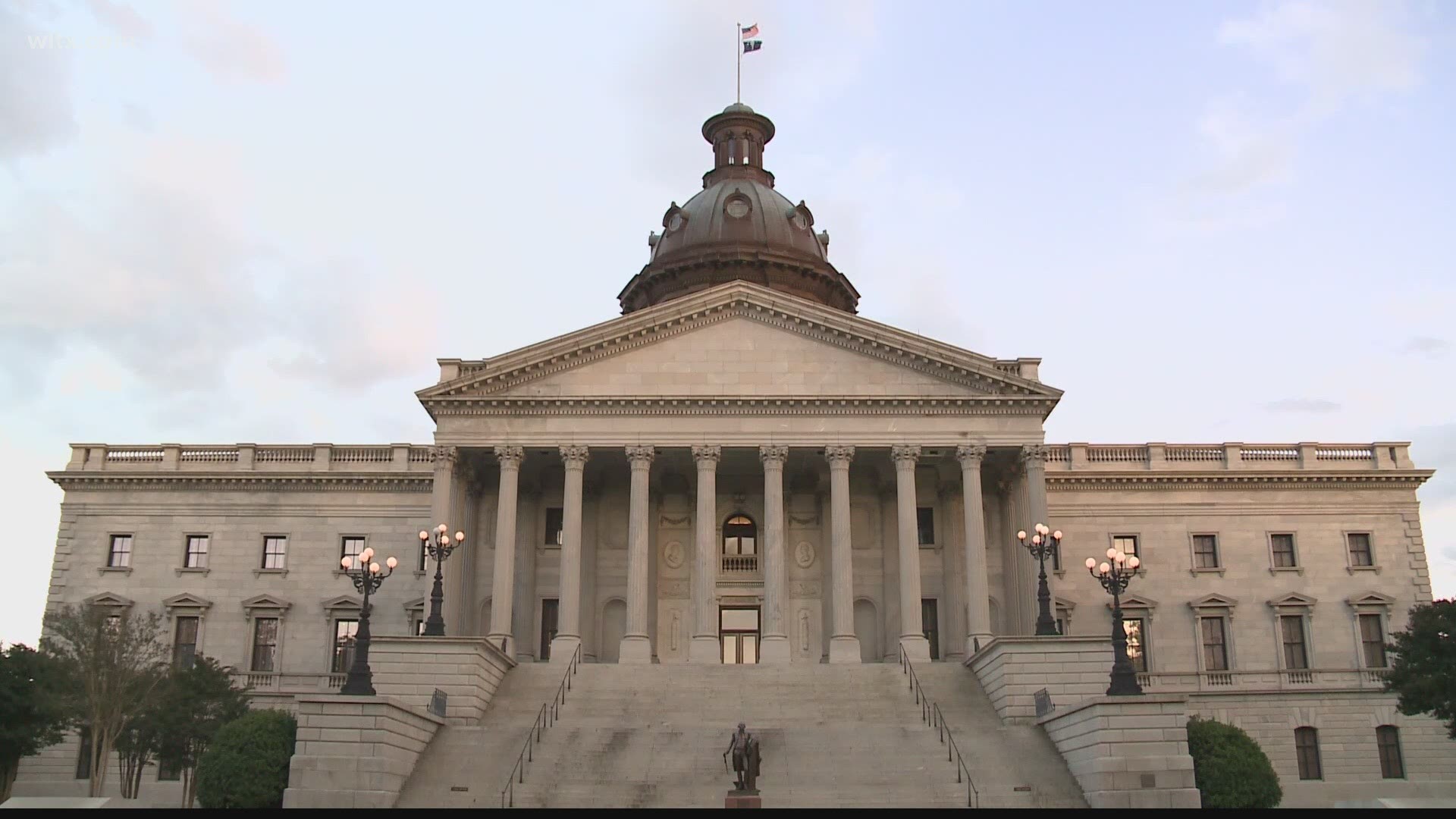 COLUMBIA, S.C. — Many South Carolina lawmakers have pre-filed bills ahead of the 2021 legislative session. They aim to tackle issues from public health to police reform.

President of the Senate, Republican Harvey Peeler, introduced a bill that would restructure the Department of Health and Environmental Control.

Then DHEC's environmental responsibilities would be divided among other agencies like the Department of Natural Resources.

“No one is in control at DHEC and hasn’t been for quite some time… This legislation will ensure government runs more efficiently and will give each agency clearly defined responsibilities," Peeler said in a statement.

When asked about the proposed changes on Wednesday, Acting Director of DHEC Marshall Taylor said, "I believe that leadership has been in place. Obviously, I’m there. But the legislature may have different ideas about how DHEC should be restructured, and that’s certainly within their purview. And whatever the legislature decides, that’s what we’ll do."

On the other side of the aisle, Democratic Senator Mia McLeod has submitted several bills on criminal justice reform.

Her proposed Transparency in Justice Act would require police officers to take de-escalation trainings. It would also ban officers from performing choke holds and no-knock warrants.

"Every day we’re seeing that bad law enforcement officers are out there, and they are killing young black men especially, at an alarming rate. So, I just wanted to do something to address that," said McLeod.

She has also introduced the CAREN Act. It would allow civil action against anyone that calls 911 to discriminate, harass or have someone arrested for their race.

McLeod hopes to get the ball rolling on the decriminalization marijuana in South Carolina too.

South Carolina Senator Mia McLeod (D) has pre-filed several bills ahead of the 2021 legislative session. One aims to decriminalize personal use of marijuana. @WLTX

It’s definitely a conversation that’s overdue," she said. "When you think about the years that someone loses simply because of possessing marijuana - it's almost unthinkable," McLeod added when talking about young minorities that are incarcerated.

COVID-19 will likely take precedent when lawmakers return, McLeod said, but she’s hopeful her bills will start some important conversations.

For any bill to become law, the Senate and House must pass them. Then they have to be signed off by Governor Henry McMaster.