The FBI warns there are armed protests planned at all 50 state capitols. 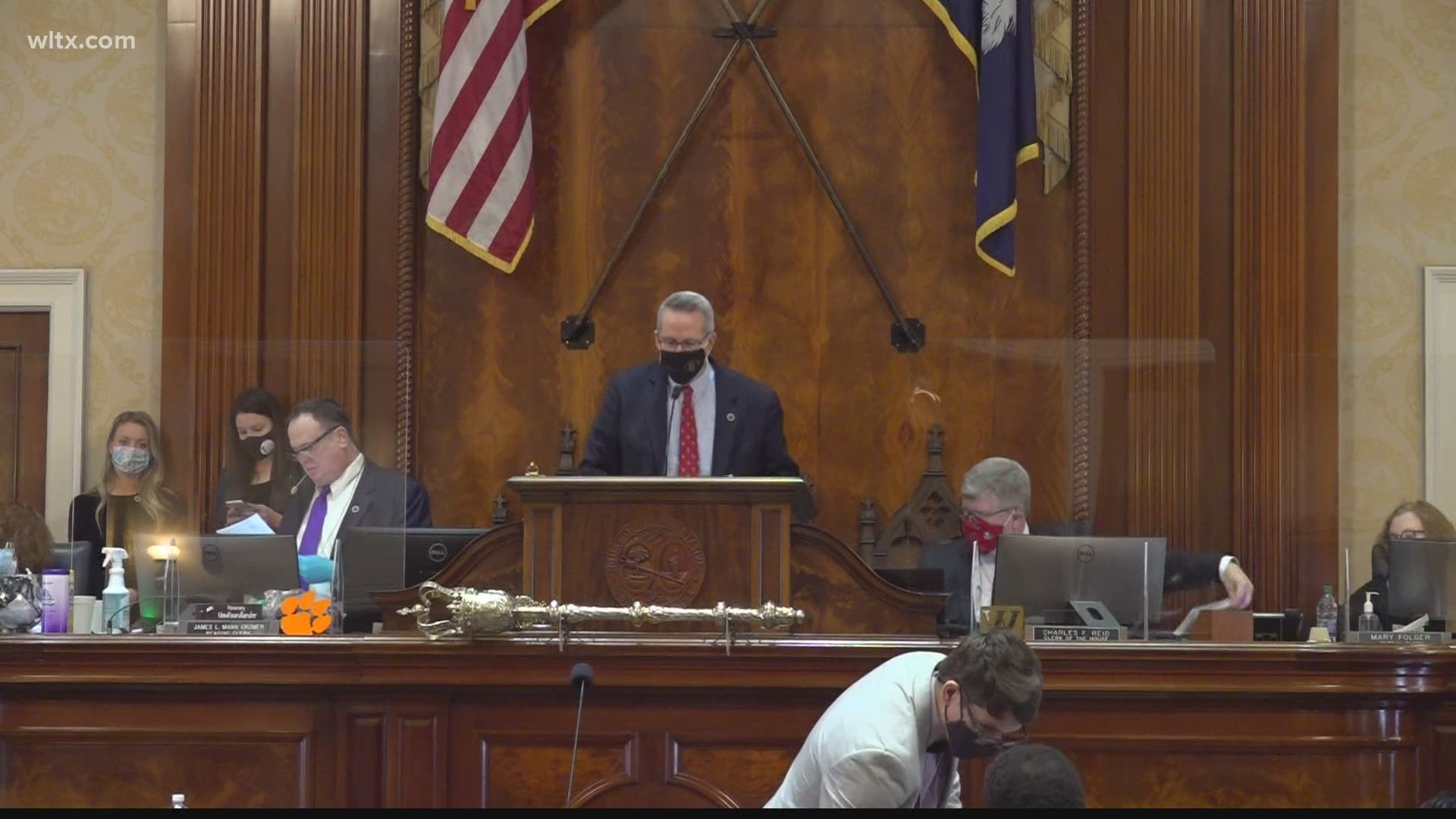 COLUMBIA, S.C. — The 2021 Legislative Session has officially begun in South Carolina and with it came extra security.

The enhanced law enforcement at the South Carolina State House follows an FBI warning of plans for armed protests at all 50 State Capitols and Washington DC.

The warning is in place until President-Elect Joe Biden's Inauguration next week.

"We see the heightened security," Representative Jerry Govan said. "And, of course, that’s a result of what happened on January 6 in Washington, DC, and I think that it's very critical that we be prepared. It's better to be over prepared than under prepared."

At the South Carolina State House there's heightened security in response to the FBI warnings of possible armed protests in state capitols. I'll have lawmakers' reactions at 5 and 6 pm on @WLTX pic.twitter.com/53X97S44GO

Govan said he feels safer with the increased measures, but he’d like to have an emergency evacuation plan, too.

"Quite frankly, in my 25 plus years up here, we’ve never had a drill or anything of that nature to address what to do in case there is an unfortunate situation to evolve," Govan said.

RELATED: SC police beefing up security at the State House after FBI warning

Several law enforcement agencies were seen around the State House on Tuesday, including the Columbia Police Department, the S.C. Law Enforcement Division (SLED) the S.C. Department of Natural Resources (SCDNR) and the Department of Public of Safety (SCDPS).

People have the right to protest, but Senate Majority Leader Shane Massey says they need to be peaceful.

"Our security team that we have on place in the Capitol Complex is very experienced in dealing with demonstrations and protests, and I’m sure they’re going to handle any future protests the same way," Massey said.

Senate Minority Leader Brad Hutto agreed. "We all feel safe and, while we know there are additional security around, there has been nothing that has occurred to lead us to feel anything else but safe."

RELATED: National Guard sending up to 15,000 troops to DC ahead of Inauguration Day

For Representative Russell Fry, he doesn’t want the threats to distract lawmakers from why they’re at the State House.

"The big focus for me, personally, is that we block out the things that are outside this body and that we focus internally on what the business is in front of us," Fry said.

People can expect to see a heightened law enforcement presence in and around the South Carolina State House this week and next.