A measure that breezed through the Senate now faces an uncertain future in the House. 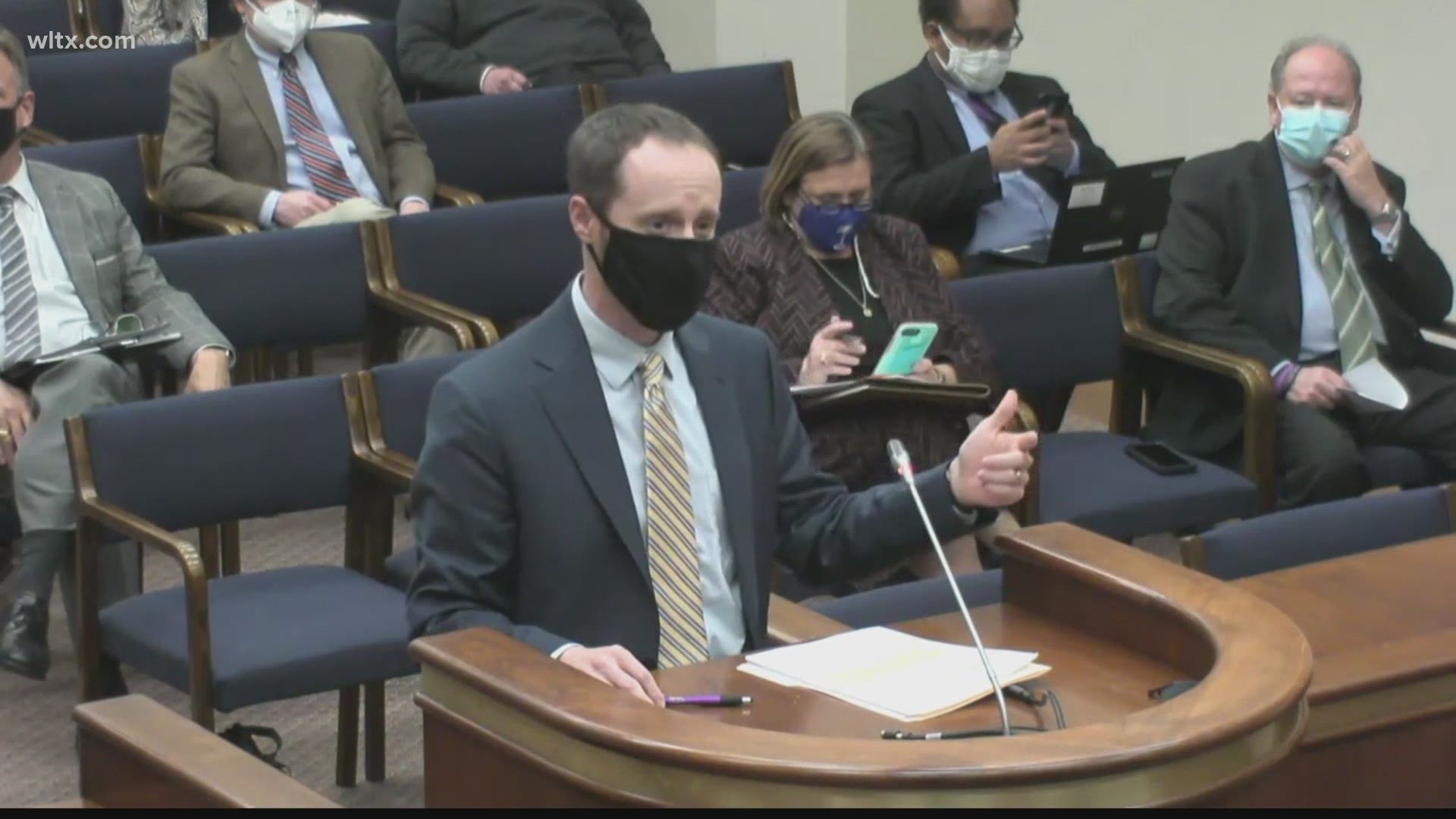 COLUMBIA, S.C. — A proposal to move South Carolina teachers into the current phase of COVID-19 vaccinations faced criticism during a hearing in the House Tuesday.

The House Medical Affairs subcommittee considered proposals to allow teachers to get vaccines now so classes can open to five day a week instruction statewide now. One of those, Senate Bill 516, wouldn't prioritize teachers above seniors who are currently getting the vaccine, but would allow them to start making appointments.

Currently, only seniors, healthcare workers, and first responders are eligible for the vaccine as part of Phase 1a. Teachers and many other groups, including critical infrastructure employees, are in Phase 1b.

But after breezing through the Senate last week on a 42-0 vote, the measure appears to face a strong headwind in the House. Several lawmakers in the subcommittee expressed strong reservations to the idea of moving teachers up ahead of other groups in the state.

State Rep. Todd Rutherford, a Democrat from Columbia, likened putting teachers and seniors in the same group to seek vaccine appointments to "The Hunger Games," the popular book and film series where teens must fight each other for survival.

Lawmakers heard from other state agencies and trade groups who said their workers are critical as well, and also need prioritization.

South Carolina Gov. Henry McMaster is adamantly opposed to putting teachers Phase 1a, repeatedly saying it's morally wrong. He does, however, favor putting them next in line after the current phase nears completion.

McMaster insists schools can reopen safely to five day a week, in-person instruction without teacher vaccinations. Last week, the CDC said vaccinations weren't necessary either, but added that strict social distancing requirements would be needed at schools in communities where the spread of the virus is high, which is still nearly the entirety of South Carolina.

Patrick Kelly with the Palmetto Teachers Association testified to the subcommittee that the continued spread of the virus means there continue to be problems with finding enough staff for classrooms, and that could lead to crowding if all students returned in person. Kelly said there was a day recently at the school where he works where 10 classes of students went to the auditorium at one time after 18 teachers had to be out due to the virus.

"If the goal of opening school buildings is simply to allow students to walk through the door, we can probably achieve that without teacher vaccination," Kelly said. "But if the goal is to achieve a rich learning environment for every student who walks in a classroom, vaccine access is the key."

The subcommittee did not take a final vote at the end of the hearing, instead saying they needed more information from the state's health agency, DHEC. They also wanted to see if the new Johnson & Johnson vaccine, which may get FDA emergency use authorization either late this month or early next month, could help in getting people vaccinated quicker.

The subcommittee members said their goal is to meet again next week.