A string of issues have been reported at polling places across the Midlands. 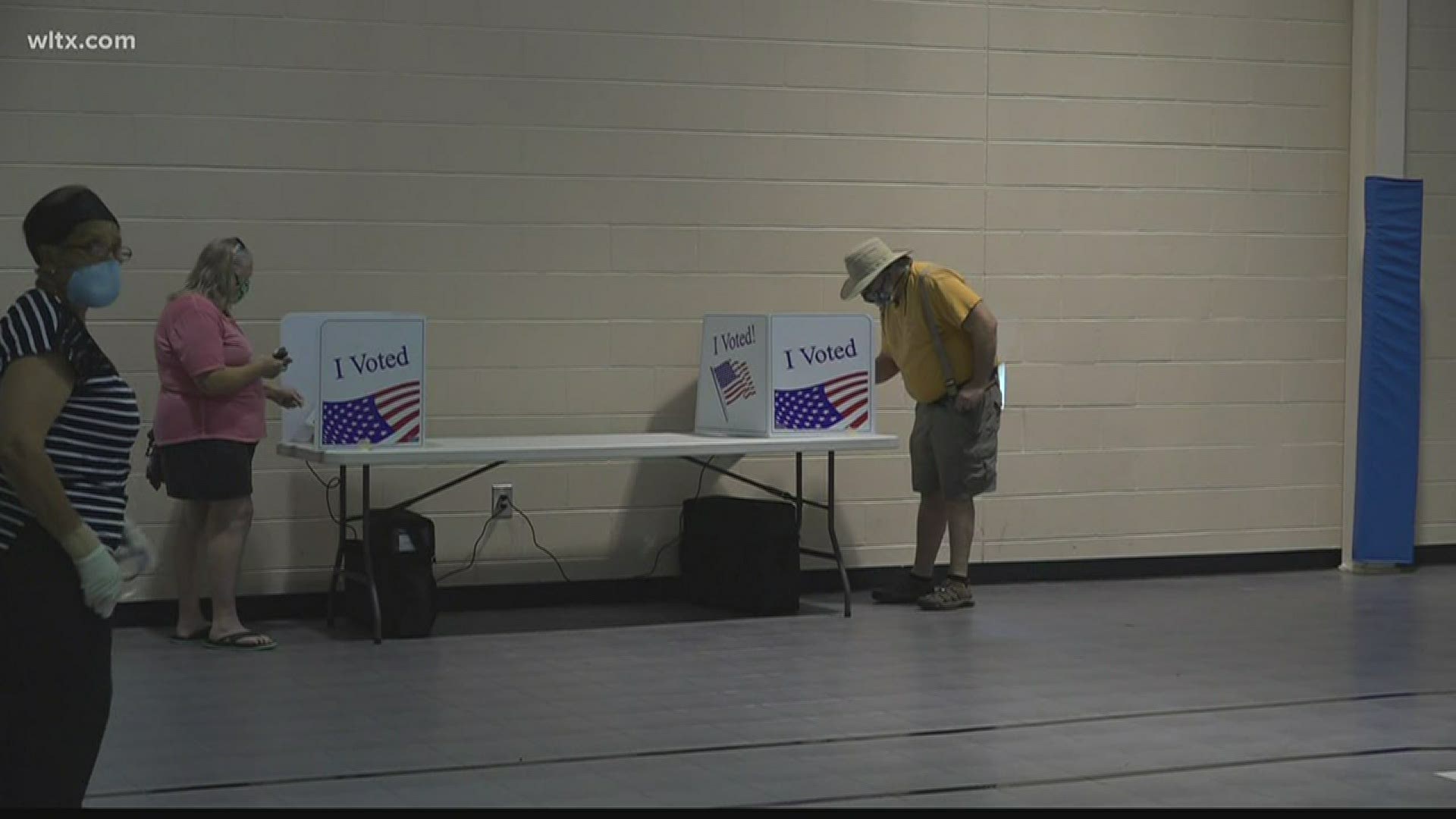 HOPKINS, S.C. — A string of issues were reported at polling places across the Midlands Tuesday as voters went to cast their ballots in the statewide primary elections.

At Hopkins Park, it was a rocky start for some voters due to technical problems.

RELATED: Problems at the voting booth? Here's how you can report

Marilyn Davenport, a poll worker at the location, said their scanner, which counts the votes, was not working at the start of the day. During that time, people who chose to vote had their ballots held to be counted once the issue was resolved.

"Once we were getting set up, the scanner, we couldn't get it to come on and once we got it to come on it was low in paper, so we had to wait until they came and loaded it with paper. So, that got us started a little late," Davenport said.

RELATED: South Carolina votes: What you need to know about voting in the June 9 statewide primary

Afterwards, Davenport, who says she's assisted with the elections for decades, said the day went well, although it was a very different process from years past.

Some polling locations were combined due to limited staffing, an issue caused in large part due to COVID-19.

New protocols like plastic guards between poll workers and voters, face masks, and cotton swabs to select candidates were also established to guard against the virus.

"We came in last night to really try to set things up to make sure that we can have everything distanced. We put down the six-feet distance taping and roped off everything, so it was different from all the other times, but we got it done," Davenport said.

A different scene for her and long-time voters alike.

Through a colorful face mask, Susan Collins shared that she has been voting for years and was happy to be able to have her voice heard again Tuesday, despite new protocols.

"It's been very good here. Everything's clean and well organized and people are doing their social distancing," Collins said. "It's not been a bad experience at all."

Sisters Shekinah and Salathiah Campbell say they were a little worried about voting as the coronavirus remains a concern, but still wanted to have their voices heard.

"It's my first time voting, and so I decided that it should be time that I vote so that my voice can be heard and I can make a difference," Shekinah Campbell said.

"I feel like every vote counts. If you just sit home and complain about things not changing, then you're not helping the cause, but if you go out and vote, you're helping it, Salathiah added.