The bill was signed at Gallery Furniture in Houston, which is owned by "Mattress Mack" who helped out during the aftermath of Hurricane Harvey. 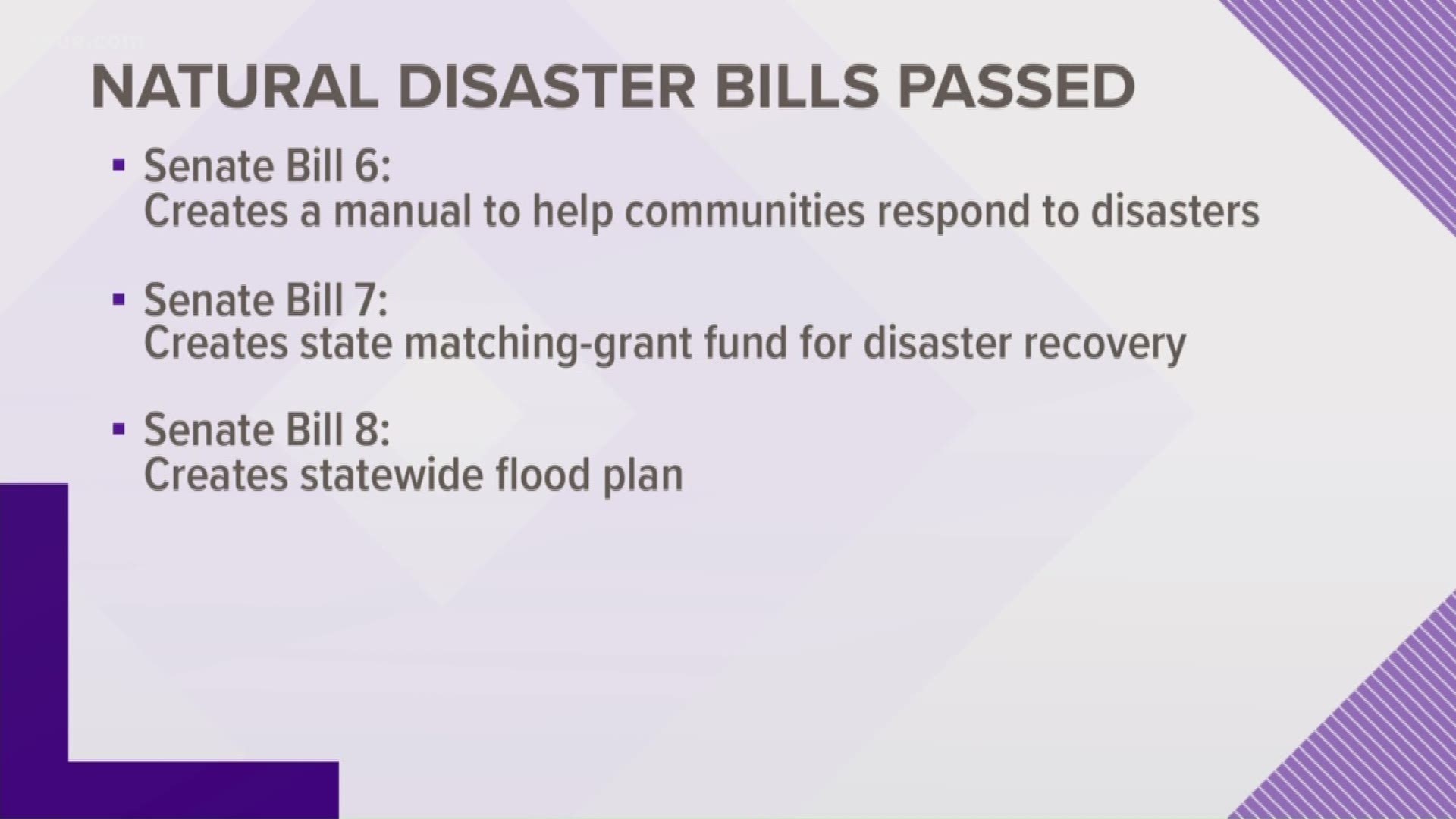 The issue was made into an emergency legislative item this session as a result of Hurricane Harvey, which resulted in several bills being passed that aim to help prepare Texans for future disaster. The legislature also voted to approve $3 billion in relief for Harvey-impacted areas from the Rainy Day fund.

Gov. Abbott signed the bill at Gallery Furniture in Houston, which is owned by Jim "Mattress Mack" McIngvale. When Harvey hit Houston in August 2017, McIngvale opened two of his stores as shelters for Houstonians displaced by the storm. His company also deployed its largest moving truck to help in rescues.

"Thanks to the work of the legislature, we are rebuilding Texas stronger and more resilient than ever," said Gov. Abbott. "In the wake of Hurricane Harvey, we saw the unshakable spirit of the Lone Star State through the generosity of Texans helping their neighbors. These important pieces of legislation are a symbol of that spirit, as well as a sign of Texas' commitment to improving the way we respond to natural disasters."

House Bill 5, by Sens. Phelan and Kolkhorst, requests the Texas Division of Emergency Management (TDEM) to create a catastrophic debris management plan and training. It also establishes a work group to give recommendations on how local governments and property owners’ associations can help with recovery efforts. It additionally requires TDEM to create a model contract for debris removal.

House Bill 7, by Rep. Morrison and Sen. Huffman, requires the Office of the Governor to create a list of waivers that could be put in place following a disaster. It also requires TDEM to create a plan to aid local communities with disaster preparation contracts for services.

Senate Bill 7, by Sen. Creighton and Rep. Phelan, establishes the framework for providing $1.6 billion through the Texas Infrastructure Resilience Fund (TIRF) as matching funds available to those communities hit the hardest by Harvey, and through the Flood Infrastructure Fund for statewide infrastructure projects to mitigate future instances of flooding.

Teen who died in crash on SH 130 in Georgetown was ejected from car, city says