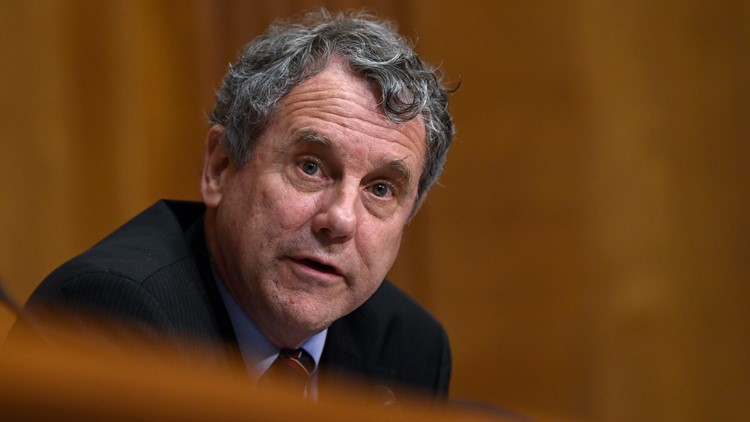 'Thoughts and prayers are not enough' | Ohio's Sherrod Brown, other senators call for action after Dayton mass shooting

Ohio U.S. Sen. Sherrod Brown is one of many calling on politicians to take action regarding gun safety laws after Sunday’s deadly mass shooting in Dayton because “thoughts and prayers are not enough.”

“As Ohio wakes up this morning to the news of this horrific attack, Connie and I are filled with sadness for the victims and their families and gratitude for the police officers who responded to the scene and the medical professionals caring for the injured,” he tweeted at 8:30 a.m. “We are also angry -- angry that shooting after shooting politicians in Washington and Columbus refuse to pass sensible gun-safety laws to protect our communities.”

The shooting in Dayton left nine dead and at least 26 others hurt. The suspect was killed by responding officers.

“We are still learning about the attack in Dayton and we don’t know exactly what, if anything, could have prevented this specific tragedy. But we know thoughts and prayers are not enough, we have a responsibility to act,” Sen. Brown continued. “My office stands ready to assist the Dayton community with whatever is needed to investigate and recover from this attack.”

The state's other U.S. senator, Republican Rob Portman, was a bit more subdued in his statement. While he did write that "these senseless acts of violence must stop," he did not specifically mention gun safety legislation.

The vast majority of Democrats in the U.S. Senate seem to agree with Brown, with current presidential candidates all calling for tougher gun laws and some pointing the finger directly at President Donald Trump and Senate Majority Leader Mitch McConnell for a lack of action.

"HR 8" refers to the Bipartisan Background Checks Act of 2019, which "prohibits a firearm transfer between private parties unless a licensed gun dealer, manufacturer, or importer first takes possession of the firearm to conduct a background check." The bill easily passed the Democratic-controlled House of Representatives, but has not been brought to a vote in the GOP-led Senate.

While Sen. McConnell called the incident in Dayton "sickening," he too did not call for tougher gun control.

Meanwhile, acting White House Chief of Staff Mick Mulvaney told ABC News the president is "saddened" and "angry" following the recent violence in Ohio and El Paso, Texas and "wants to do something about it." What that exactly is remains unknown.