What is the Veterans' Memorial Preservation and Recognition Act of 2003?

President Trump tweeted about enforcing a law that carries criminal penalties of up to 10 years imprisonment for those who desecrate a veterans' memorial. 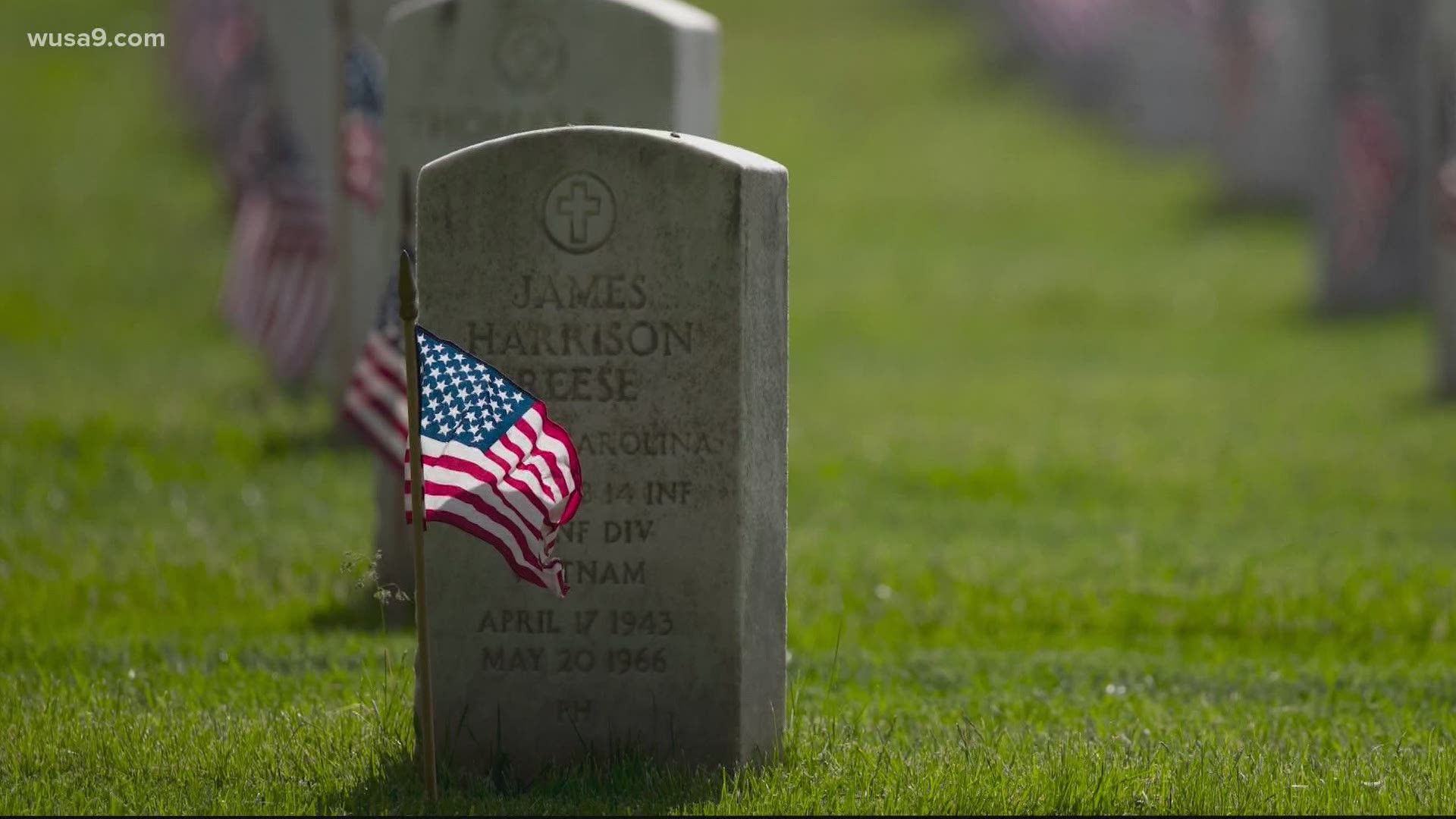 WASHINGTON, D.C., USA — Protests outside the White House reached a boiling point Monday night, after protesters hopped a fence and attempted to topple the bronze statue of President Andrew Jackson in Lafayette Square.

Police responded to the scene using a bicycle barricade to quickly clear the crowd away from the statue, and back towards Black Lives Matter Plaza. Pepper spray was also used on the crowd to push protesters out of Lafayette Square. WUSA9 reporters on the scene were hit by the pepper spray.

The statue remained unmoved and mounted on its pedestal.

Early Tuesday, the president doubled down, saying he has "authorized the Federal Government to arrest anyone who vandalizes or destroys any monument, statue or other such Federal property in the U.S."

So what is the Veterans' Memorial Preservation Act?

The bipartisan law, which is officially known as the Veterans' Memorial Preservation and Recognition Act of 2003, was signed by President George W. Bush. It established criminal penalties for desecrating veteran memorials.

"It provides that anyone who willfully injures or destroys or attempts to injure or destroy property that commemorates service in our armed forces, shall be imprisoned for up 10 years and fined for these acts of vandalism," Rep. Jim Sensenbrenner (R- Wis) said in 2003.

In his report on behalf of the Committee on the Judiciary, Sensenbrenner specifically cited attacks on national cemeteries.

He mentioned seven national cemeteries in Hawaii were vandalized with "racist and profane statements"  in 1997. He said grave markers and tombs were desecrated, causing several thousand dollars of damage.

The Veterans' Memorial Preservation and Recognition Act was signed into law on May 29, 2003 and applies to any structure, plaque, statue or monument that commemorates veterans on property owned or under the jurisdiction of the federal government. 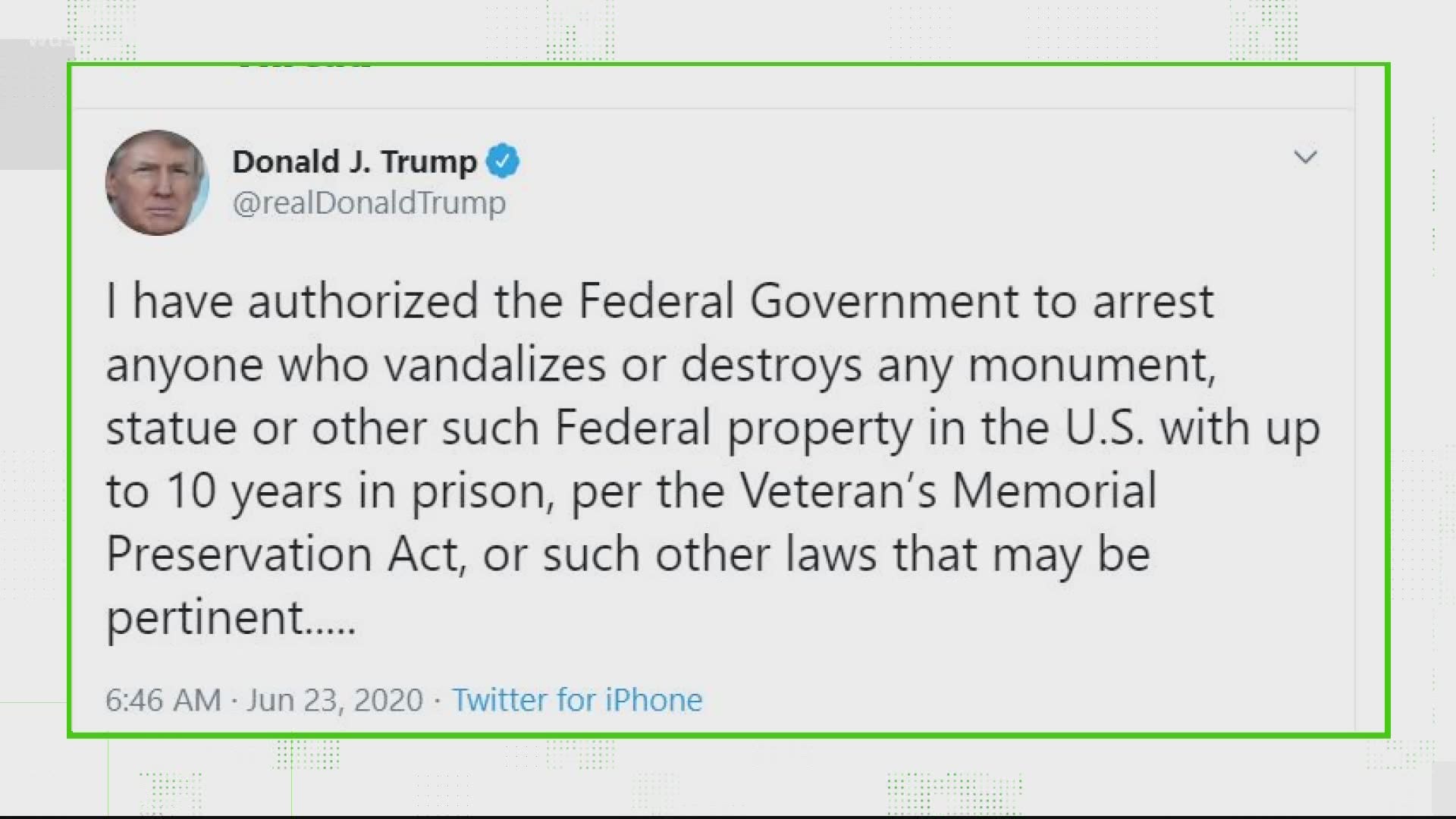