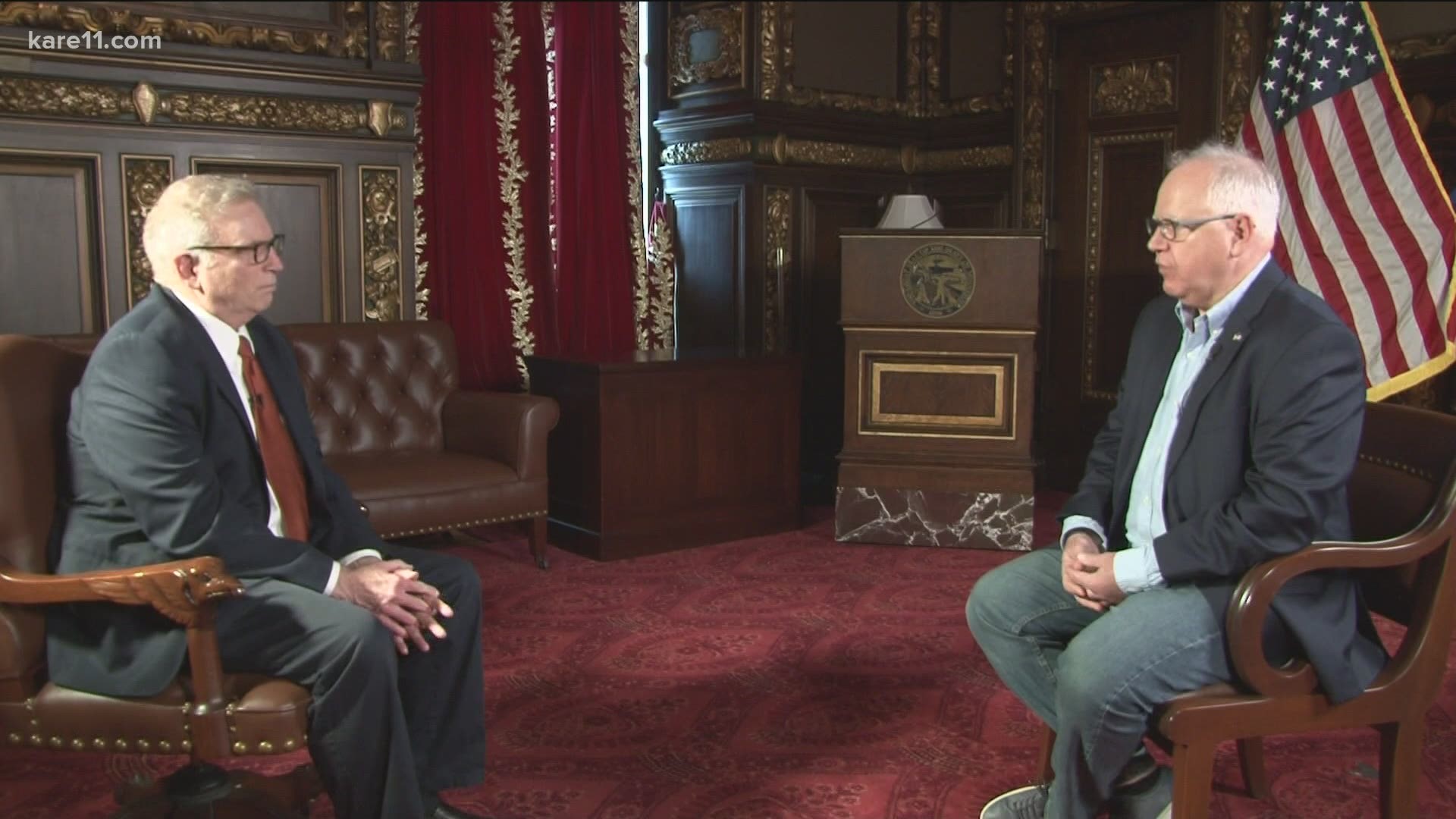 ST PAUL, Minn — Gov. Tim Walz says he’s still hopeful he’ll get to sign more police reform bills before the year ends, despite a partisan rift over what remains to be done to prevent deadly encounters between law enforcement and BIPOC residents of the state.

It makes sense to Walz and other State Capitol Democrats that the state where George Floyd was killed should be the one to pass the most far-reaching police accountability measures. The killing of Daunte Wright by a Brooklyn Center officer sparked a new wave of unrest, and new calls for action from the legislature.

"Folks from President Obama to Jessie Jackson talked about it – there's a lot of light in this state. We should seize upon that," Walz told KARE.

"And we have some reputation repairing to do and think that's why I keep telling folks and telling folks in the legislature we have to step out ahead."

Lawmakers will try to wrap up their work on a two-year budget during a special session next month, and in the process avoid a state government shutdown. Walz and top legislative leaders have signed deal on spending targets, but the House and Senate are still far apart on police reforms.

The Republican-controlled Senate passed a 100-page public safety bill that lacked any new reforms. The DFL-controlled House passed much larger public safety package that included a slate of police accountability reforms and safeguards for jail inmates.

The GOP-controlled Senate opposes most of the House reforms, including:

“We're not going to go with any what I would call anti-police measures that tie their hands so they can't do their job they need to do keep our streets safe,” Senate Majority Leader Paul Gazelka told reporters this week.

Gazelka and other Senate Republicans say that former officer Derek Chauvin’s murder conviction took pressure off lawmakers to act this session. He said he would only support those changes that have the blessing of statewide law enforcement organizations.

“Too many people, I feel like, have thrown the police under the bus. The police in Minnesota, many are very demoralized because of the lack of appreciation.”

He also pointed to the reforms the legislature passed last summer, which included:

Walz said it’s imperative to make changes and to address broader issues of equity in education, employment, housing, and criminal justice outcomes. The governor asserts all of that can be done without abandoning support for the law enforcement profession.

“Because everything is so black and white everything is polarized along the spectrum that they want to say you're on one side or the other,” Walz explained.

“No one's ever heard me say defund the police, but they are also going to hear me say it's unacceptable that George Floyd be murdered.”

There is a chance for bipartisan compromise on reforms that address some of the circumstances surrounding Daunte Wright’s death. Those include new restrictions on traffic stops for equipment violations, the pretext police used for stopping Wright.

There’s also a bill that would allow courts to issue sign-and-release warrants, so officers wouldn't be compelled to arrest people who've missed court dates, which was the pretext for Brooklyn Center officers to make their fatal arrest Wright

“But I think most agree with things like that. It's not a death sentence to have overdue tabs. Or even to have missed a court date, we can figure that piece of it out,” Walz remarked.