R. Kelly's defense attorneys requested he receive bail so he could better fight charges they have dismissed as 'groupie remorse.' 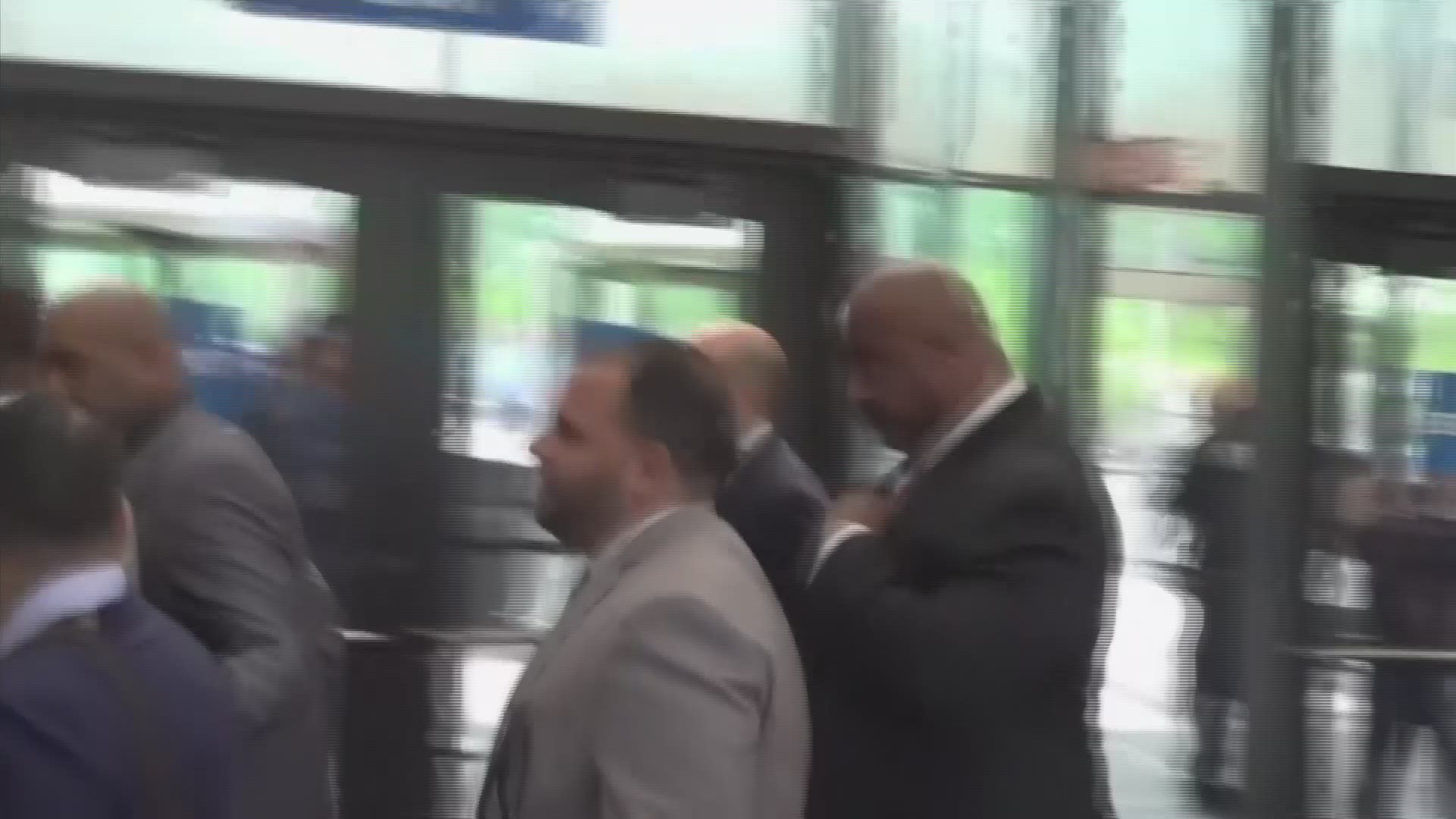 NEW YORK — Editor's note: The video above is from a June 2018 court appearance in Chicago.

The 52-year-old Kelly was denied bail in a New York City courtroom packed with his supporters.

He appeared sullen as prosecutors told Magistrate Judge Steven Tiscione he posed a flight risk and a danger to public safety.

Kelly's defense attorneys requested his release so he could better fight charges they have dismissed as "groupie remorse."

Kelly, whose full name is Robert Kelly, is accused of using his fame to recruit young women and girls into having illegal sexual activity. Prosecutors say he isolated them from friends and family and demanded they call him "Daddy."

Assistant U.S. Attorney Elizabeth Geddes said Kelly and his inner circle had a history of paying off and intimidating witnesses in past cases. She said witnesses were told "they had the option of choosing his side or the other side."

RELATED: Lifetime to follow up on 'Surviving R. Kelly' docu-series

Kelly is charged in New York with exploiting five victims, identified only as "Jane Does." According to court papers, they include one he met at one of his concerts and another at a radio station where she was an intern.

Prosecutors allege Kelly arranged for some victims to meet him on the road for illegal sex. He had one victim travel in 2017 to a show on Long Island, New York, where he had unprotected sex with her without telling her "he had contracted an infectious venereal disease" in violation of New York law, they say.

Kelly's attorneys said in court filings the alleged victims sought out Kelly's attention, came to his shows and "pined to be with him." Kelly "would spend his time and even become friends with and care about these groupies and fans who were dying to be with him," they added.

The arraignment was attended by two girlfriends of Kelly, who declined to speak with reporters. His supporters also included a woman wearing a "Free R. Kelly" shirt and Des Alexander, a fan from Brooklyn who said she was confused by the case.

Alexander said she hopes Kelly is innocent but added, "If he did it, he deserves to go down."

"I have daughters of my own," she said.

This story has been corrected to show R. Kelly pleaded not guilty to federal charges. A previous version said he pleaded guilty.