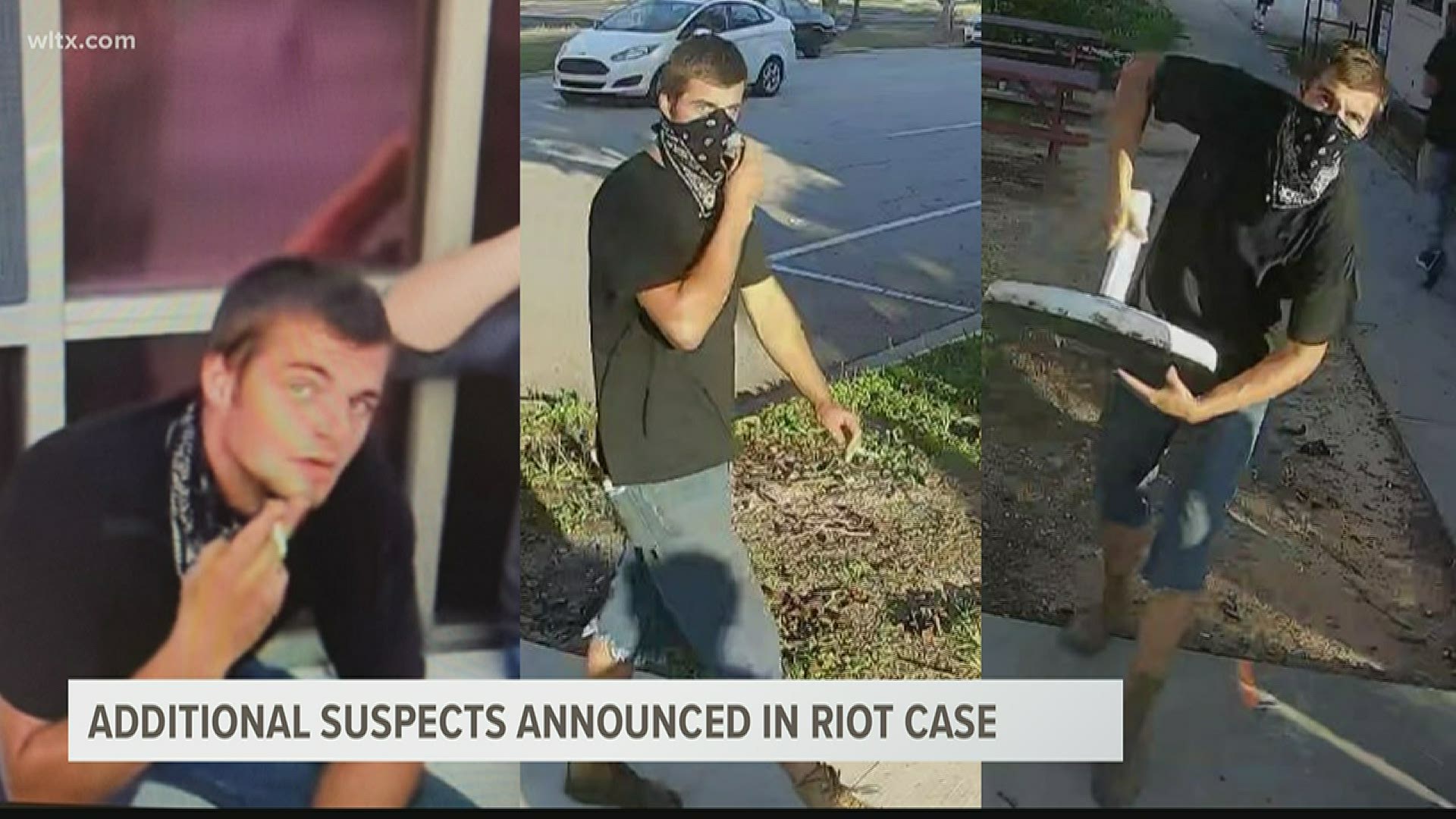 COLUMBIA, S.C. — The Richland County Sheriff’s Department and the Columbia Police Department are looking for additional suspects involved in the riots in Columbia at the end of May.

So far 83 people have been arrested over the course of the investigation.

The suspects can be seen on surveillance video during the May 30th and 31st protests in Columbia.

"This is the individual that stomped on the employee from the Vista who was knocked out,” says Sheriff Lott. “Next we're going to show, this [man] captured on surveillance cameras painting the parking garage across from the Columbia police headquarters, but he was also  went through the city of Columbia and destroyed surveillance cameras."

1 / 6
Richland County Sheriff's Dept.
Police say this man was seen stomping an employee in the Vista during the weekend of May 30th.

They’re also looking for a man who can be seen throwing a brick towards Columbia police cars, hitting a woman.

"This man here has chemicals,” says Lott. “Some type of spray chemicals that he sprays on the deputies who were there and the police officers."

The fifth man can be seen throwing a canister of tear gas towards law enforcement. Lott says officers were hit by the can.

"The final person we're going to show is a female, that's her with her sign,” says Lott. “She later threw a water bottle and hit an officer when she was throwing the bottle."

Lott is encouraging anyone who recognizes these people to call Crime Stoppers at 1-888-CRIME-SC.

RELATED: 'We want to be part of that change': Columbia Police Chief on protests, next steps

RELATED: 'Matter is the minimum.' USC Football's Jay Urich reacts to impact of his protest sign