Jeanie Brown says she feels lucky to be alive after a deer slammed through her windshield, landing in her lap. She's now recovering from her injuries. 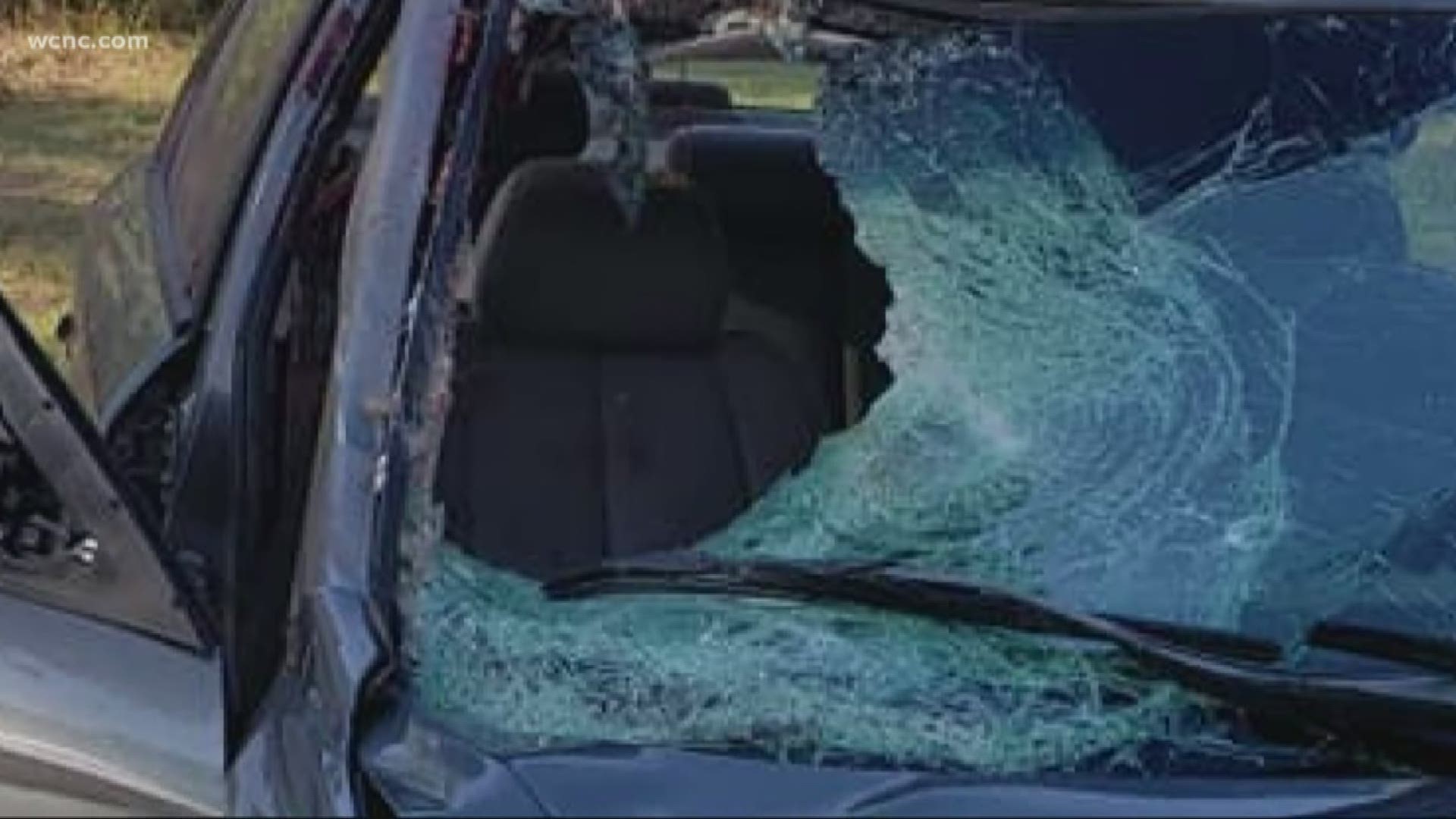 SPRINGFIELD, South Carolina — A South Carolina family is warning other drivers after a terrifying experience in which a deer flew through their windshield as they drove down a highway.

It's that time of year again. Deer on are the chase again, meaning they're crossing main highways and streets more and more frequently.

"Next thing I know, there's a deer flying in the air doing circles into the windshield," Chip Brown said.

Chip and his wife, Jeanie Brown, were driving down Highway Four between Springfield and Neese when the accident happened.

Chip said they were passing a semi going the other way when the semi kicked up a deer, throwing it right into the Brown's windshield as they passed.

"Once I was passing the semi-truck, the deer was coming at us," Chip said.

Their car is now totaled. Jeanie was left bloodied with wounds all over her body.

The deer landed right on her.

"I just knew that something had come through the window, something had hit me in the face," Jeanie said. "I smelled blood and that it was probably not good."

Her husband and the couple who was riding with them helped get Jeanie safely out of the car.

"What I think was his antlers, went into my temple," she explained. "A piece of his backbone, I'm assuming, flew across and hit me in the top of my head. And it was so sharp that it cut my hair."

She took pictures, showing the injuries and the damage to the car. Blood was splattered everywhere.

Glass exploded into her face and arms. Days later, she said she was still picking glass out of her wounds.

She and her husband are now warning other drivers to be on the lookout.

"Just stay aware, stay alert and keep your eyes all over the place," she said.

Jeanie said she's lucky to be alive, but she would like to see the Department of Natural Resources change the hunting rules in hopes of sparing other drivers from experiencing what she did.

"They're not an endangered species, they're overpopulated," she said. "I would like to see, maybe not every season but every other season, a tag-less deer season because my life matters," she said. "That deer could have easily broken my neck."