Details regarding the officer's death weren't released at a somber press conference on Friday, with those in attendance focusing on the memory of a fallen officer. 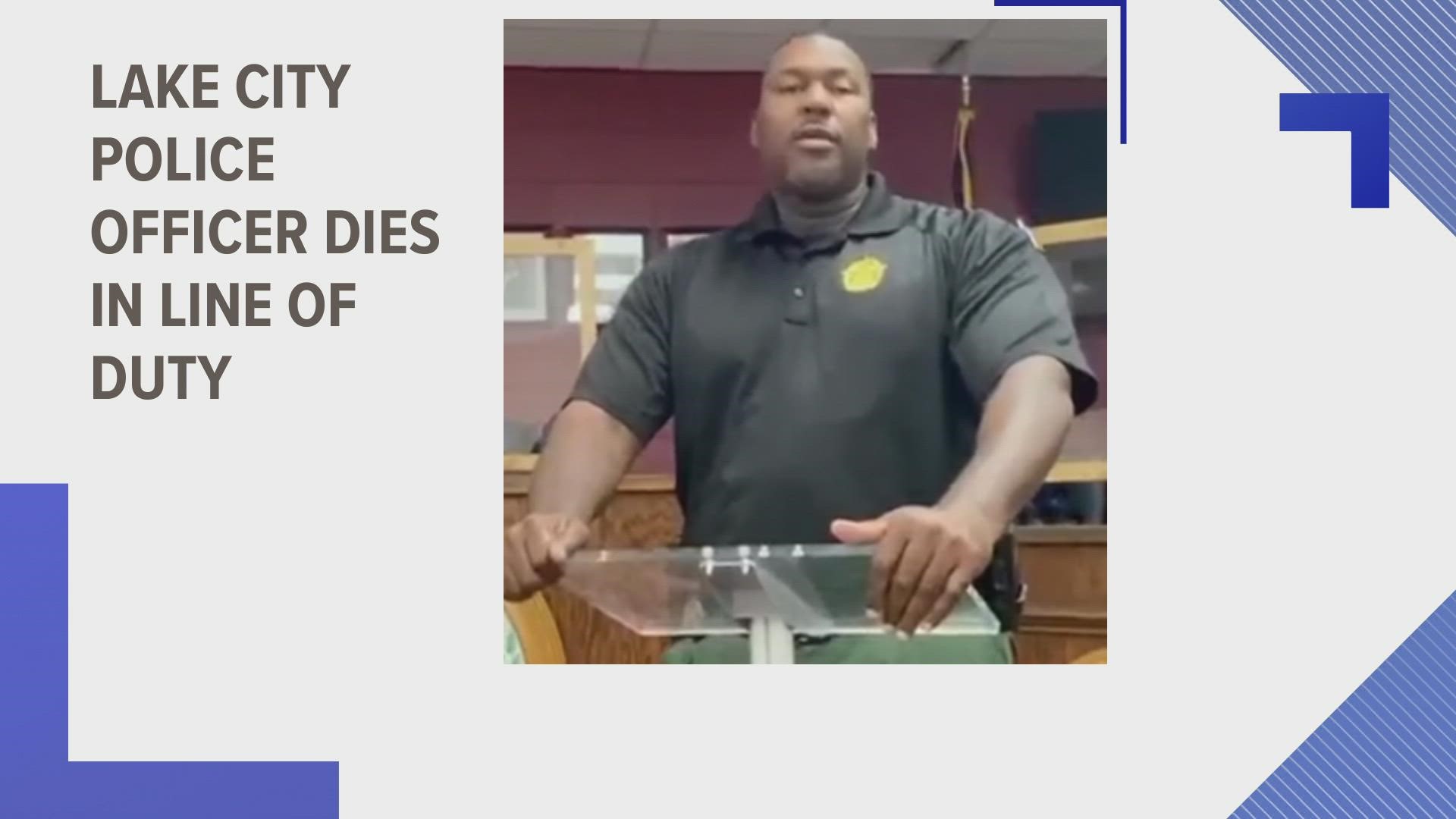 LAKE CITY, S.C. — The collective hearts of a South Carolina community were broken on Friday following the death of a local officer and community member in the line of duty.

Lake City Mayor Lovith Anderson was the first to somberly take to the podium on Friday afternoon to deliver the news that Lt. Investigator John Stewart had died.

While many details are still unclear, WBTW in Myrtle Beach reported that there had been a chase involving Florence County deputies around the time of Stewart's death and that state agencies were now involved in the investigation. An arrest has been made in that incident.

However, a spokesperson for the sheriff's office told WBTW that Lake City Police had also been involved in a pursuit around that time and it was after this chase that Stewart lost his life. Investigators are still trying to determine whether the two incidents are directly related.

Still, none in the room on Friday elaborated on what happened earlier; instead, focusing on the life lost and assuring residents that the department, with the help of the Florence County Sheriff's Office, was still keeping Lake City safe.

Police Chief Joseph Cooper said he was at a loss for words after learning of his officer's death.

"This is an individual that everyone has known for years," he said, vowing to maintain a department that reflected the life and professionalism that he said Lt. Stewart exemplified.

He thanked the many agencies that are now helping in the search for answers following Lt. Stewart's death, including the South Carolina Law Enforcement Division, South Carolina Highway Patrol, Florence County Sheriff's Office, and countless others.

District One County Councilmember Jason Springs summed up the feelings of many behind the podium on Friday.

"Today is indeed a monumentally horrible day for our community," he said.

He described Stewart as not only an officer but a man well-known to residents who will be sorely missed.

"This is a tight-knit community and we're all at a loss because of what transpired today," he said.