Carraway was killed in the line of duty during an ambush on police officers in Florence October 3, 2018. 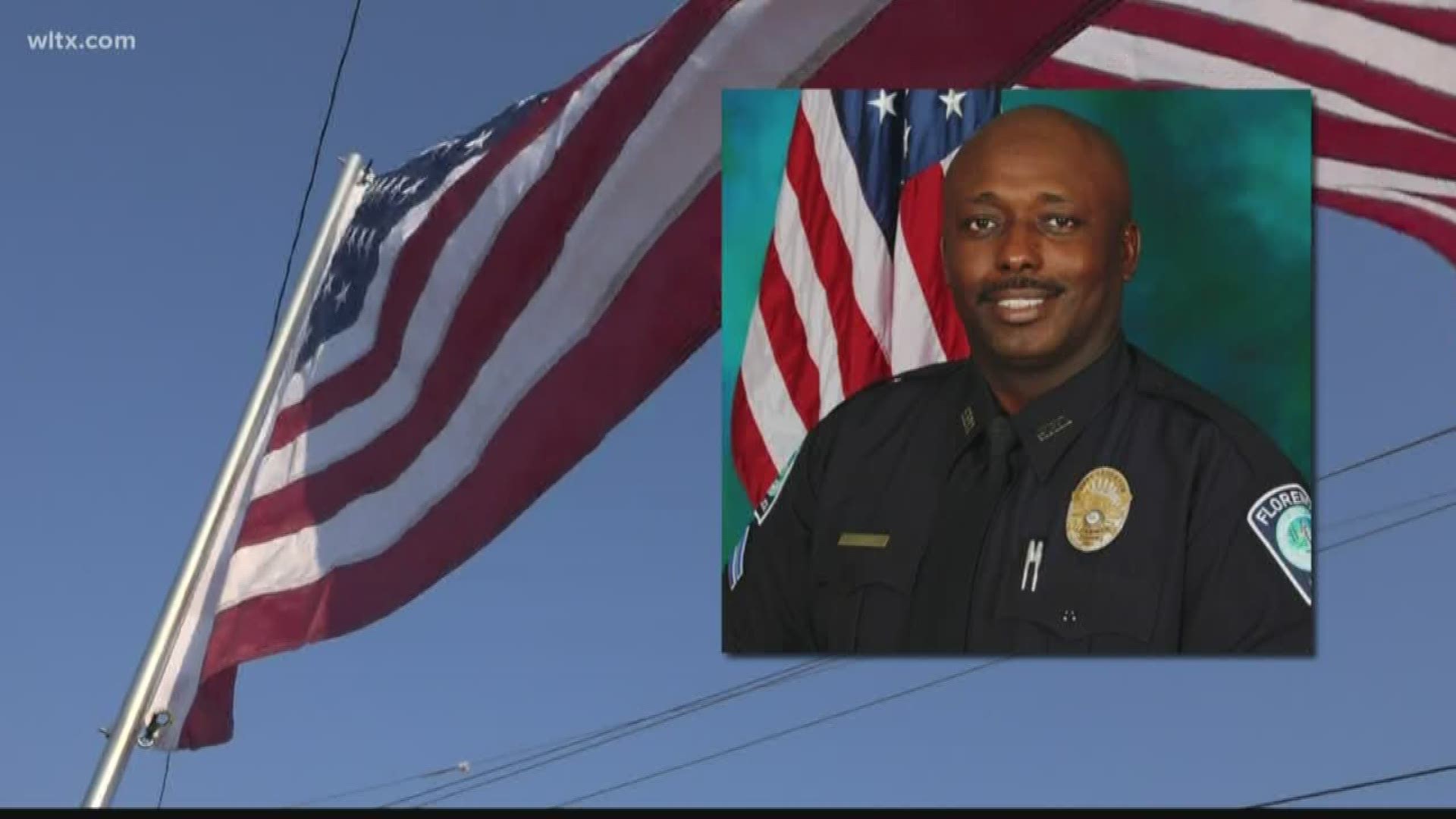 Five other officers were wounded, and after a 19-day battle in the hospital, Florence County Investigator Farrah Turner also succumbed to her injuries.

Carraway served over 30 years in law enforcement, and friends tell us he was months away from retirement.

News 19 traveled to Carraway's hometown of Darlington to learn how his hometown is honoring his life.

On the corner of D Avenue and Main Street in Darlington is a lot lined with flags and a sign, showing big plans to come.

"The purpose behind the memorial is to honor his name and his legacy and his work that he did along with the officers, but to also bring awareness that officers are people," said Curtis Boyd, a friend of Carraway's who donated the lot.

Soon, the lot will house a statue of the hometown hero and also honor the 394 officers who have died in the line of duty in South Carolina.

"Terrence liked working with boys and girls, so our goal there is to be able to have a small corner court for people to play ball as well as be able to give back and actually see the names of the officers there who have lost their lives over the years," said Boyd.

A few minutes away, in a neighborhood off Southern Pine Street where Sgt. Carraway grew up, sits a brand new community park that was also dedicated in his name.

"He was that role model that a lot of kids in the area don't have," said Brantley Jett, who coached with Carraway for two years.

Jett was also one of Carraway's former players.

"[Terrence] was very motivated. He motivated the kids. He was all about the kids. He actually led us to a state championship in 2005," said Jett. "Just before he died, he was actually about to retire and come back and volunteer with us."

Friends describe the police veteran as "a gentle giant."

"Even though he arrested you, you still liked him," said Boyd.

Jett says Carraway was dedicated to making sure children were successful.

"I remember when we lost in the state championship. We lost like 8-6, and all the kids were crying," said Jett. "[Carraway] just stepped up and said, 'Well, y'all didn't lose the game. I lost the game'. He shifted the focus from the kids to take the hurt off of them. He was the type of person who always wanted the hurt and the pain to fall on him."

November 1st, under the lights at Darlington Raceway will be the Terrence Carraway Memorial 5K.

"We at Darlington had lost one of our own," said Kerry Tharp, President of Darlington Raceway. "This year, we wanted to take it up a step and have another 5K and yet name it after him."

This year, Tharp hopes to have hundreds attend the event, which is put on for a good cause.

"Mrs. Carraway, Alison Carraway, his widow, and their family who we got to know very, very well last year has put together a foundation," said Tharp. "It's the Terrence Carraway Foundation."

All proceeds for the Terrence Carraway Foundation will go to the memorial.

Boyd tells us they hope to start moving dirt within the next few months on the memorial park.

Right now, investigators aren't able to speak publicly about the case because of an active gag order. Richland County officials, who are helping in this case, tell us there are no updates at this time. 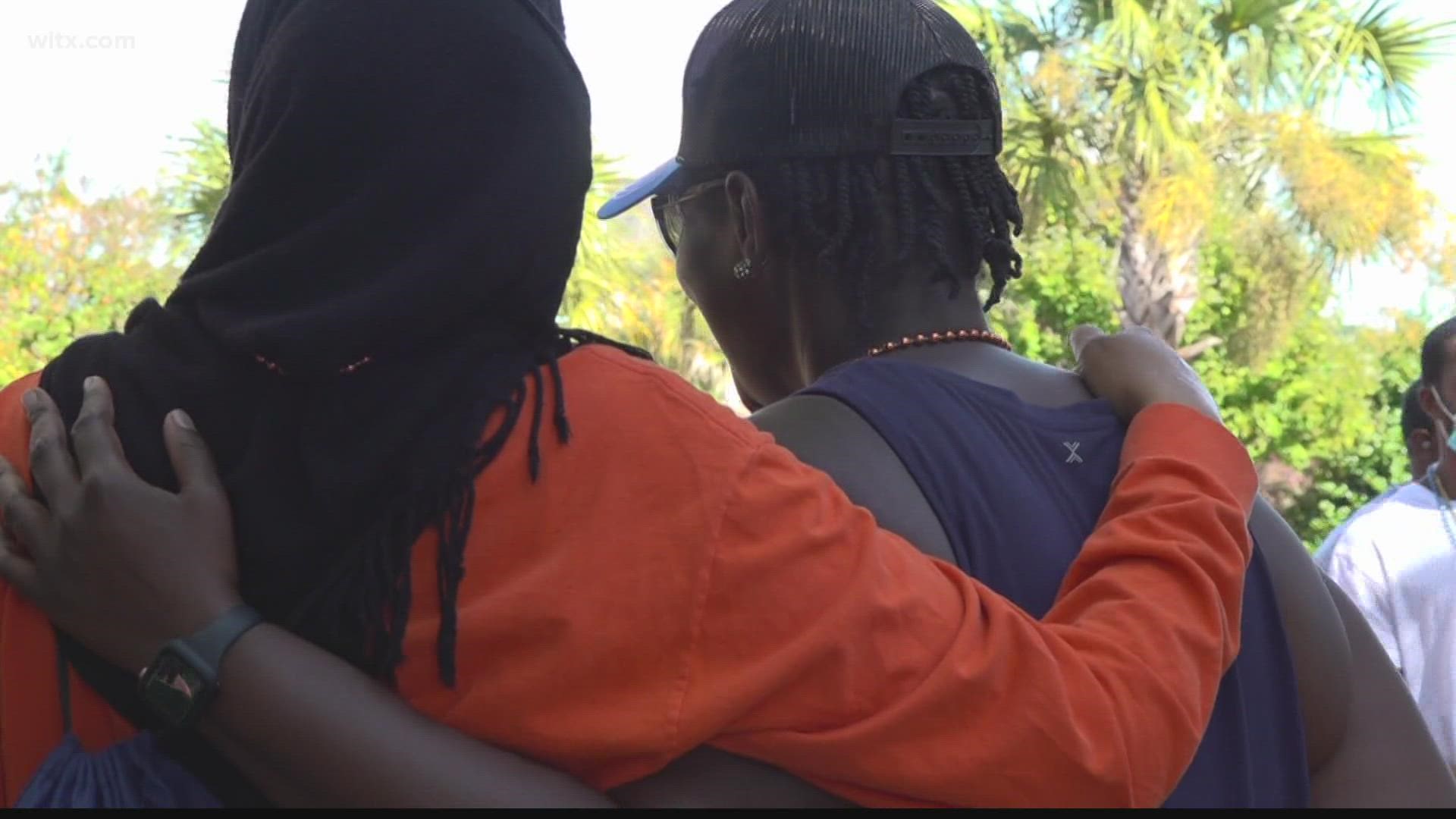 Choosing life: Hundreds take to Columbia sidewalks for the many more still struggling