The Chicago native, who came to New Orleans in the 1960s, toured the world, played at Carnegie Hall and performed for six presidents and Pope John Paul II 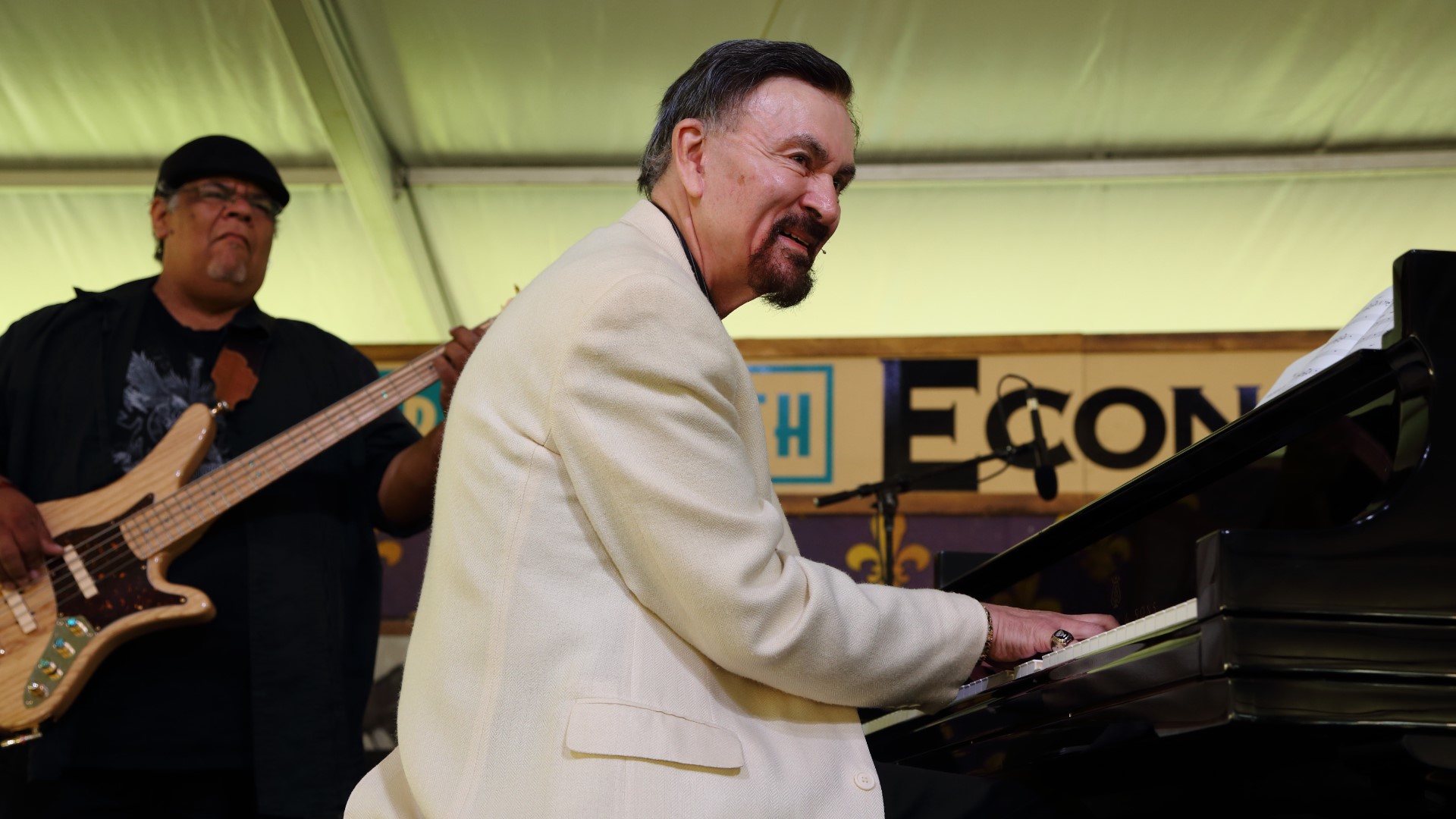 NEW ORLEANS — Ronnie Kole, the renowned New Orleans pianist who performed for six presidents, a pope and audiences around the world, died Thursday. He was 89.

Kole, a consummate entertainer known for his boundless energy, had been in declining health but stopped performing only recently, according to his son and daughter. Kole’s wife of 36 years, Gardner, died this past January.

Kole’s career spanned nearly 70 years and took him to Carnegie Hall, concert venues and music clubs across the United States, Europe and Asia. He recorded dozens of albums and was a frequent performer in New Orleans, where he settled in the 1960s before moving to Slidell some 30 years ago.

Kole – who was tall, lanky, goateed and always immaculately dressed – entertained six U.S. presidents during his career. In 1987, he performed “Amazing Grace” for Pope John Paul II during the Holy Father’s visit to New Orleans. Kole performed at the outdoor Mass celebrated by the pope near the UNO Lakefront Arena. Accompanied by a symphony orchestra and a 350-voice choir, Kole called the performance “the way I’ve always envisioned doing ‘Amazing Grace,’” mixing the hymn with bits of “Jesus Christ Superstar” and the “Hallelujah Chorus.” 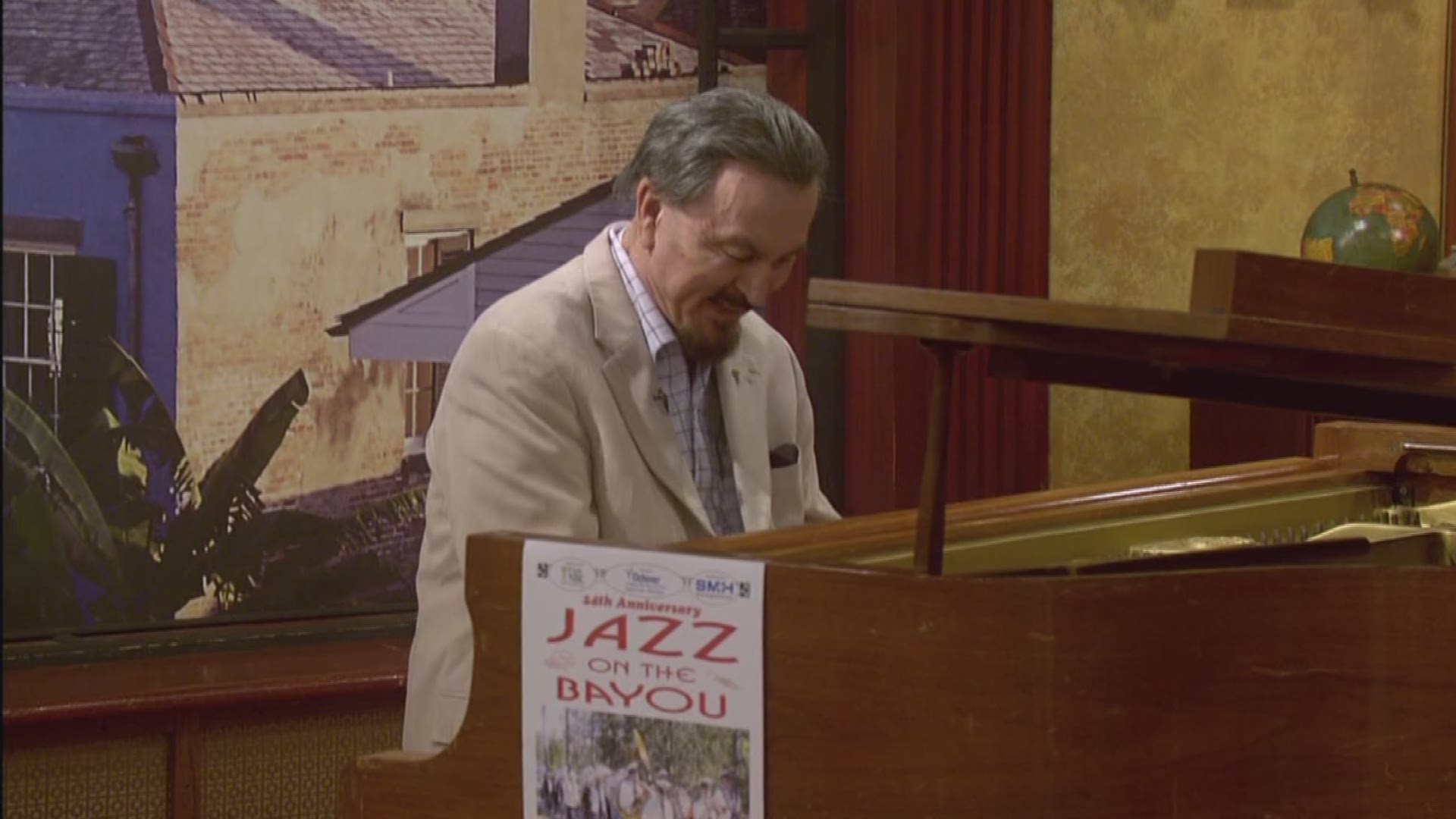 The song was a hallmark of most every Ronnie Kole concert. His set lists showcased a diverse range of musical genres from modern and traditional jazz to show tunes, classical music and everything in between. A typical show might feature “Rhapsody in Blue,” “Somewhere Over the Rainbow,” "What a Wonderful World,” selections from Mozart or Beethoven, “Ave Maria” and a souped-up version of “When the Saints Go Marching In,” just to name a few. In between songs at his concerts, he would frequently entertain his audience with jokes, anecdotes, self-deprecating asides and musical history lessons.

"My feeling is, anything your mind can think of, you can put down on a piano," he said in a 2004 Times-Picayune profile. "To me, a piano is an orchestra. It’s a very imaginative instrument that you can do most anything on, which I try to do. I try not to have limitations. I have a lot of fun with it. I love to entertain." 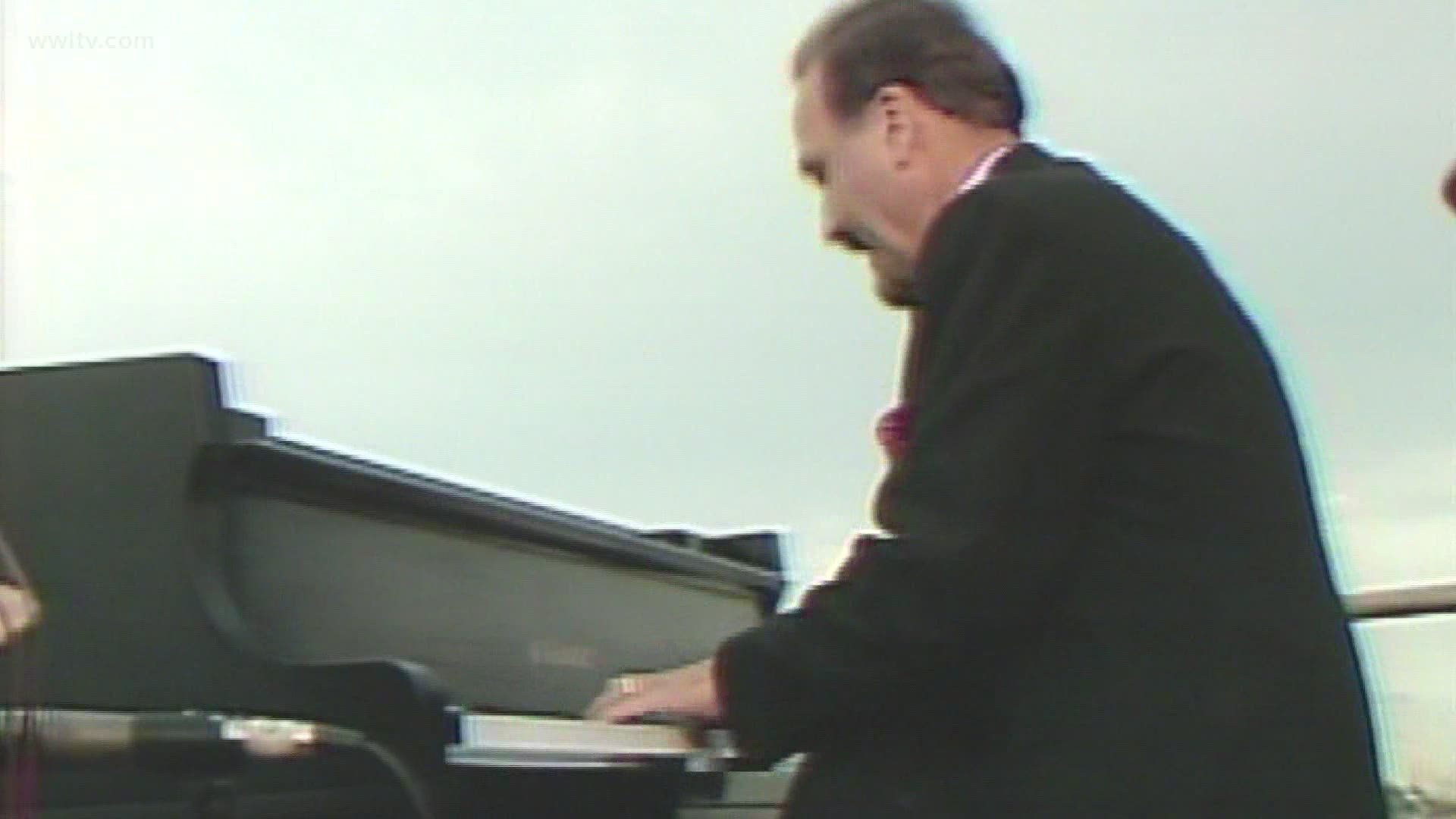 According to Times-Picayune music writer Keith Spera, Kole was renowned for his show-stopping, all-request Broadway medley, which concluded with him playing the main melodic theme with his left hand and a succession of requested melodies with his right – simultaneously.

Born Ronald Kuhn, Kole was a native of Chicago. He suffered from a heart condition as a child, which limited his outdoor activities. “When I was feeling good, I wanted to go outside and play ball, but when I was sick I was sometimes laid up for a month and a half, two months in bed,” he said in a 2012 WWNO-FM interview. “My aunt played piano by ear and she had a big old upright piano. She’d show me to play ‘Chopsticks’...and my mother and father said, ‘Maybe we should get him a piano. That would keep him from wanting to go outside to play baseball.”

Kole recalled first tickling the ivories around the age of 13 and considered himself largely self-taught. He went on the road in the Midwest to perform when he was just 16.

Kole first came to New Orleans in 1957 to audition as part of a jazz trio. He didn’t get the job but did fall in love with the city.

While back in Chicago, he crossed paths with New Orleans music great Al Hirt. Although Kole had already toured the country and made somewhat of a name for himself as a young jazzman, he was uncertain of his career path. Hirt, a nationally known jazz trumpeter, encouraged Kole’s career and gave it a major jumpstart by asking him to bring his ensemble to New Orleans in 1964 to serve as the house band for Hirt’s Bourbon St. club.

“I guess I owe everything to Al for bringing me down,” Kole said in 1987. “And also for kicking me in the fanny a year or so prior to that, when I had totally given up and decided to play solo in a restaurant piano bar thing.”

Kole worked at Hirt’s club for several years before opening his own club, Kole’s Korner, where he performed for six years.

“Man, I’m treated like a hometown boy here,” Kole said of the city in a 1967 Times-Picayune profile. “The people are wonderful – even the club operators on Bourbon Street – there’s none of the cutthroat competition here that I’ve found elsewhere. To us, New Orleans is the ideal place.”

Before coming to New Orleans, Kole, who performed solo but also with a trio or septet, frequently played Las Vegas and on on national television, with appearances on "The Tonight Show with Johnny Carson," "The Mike Douglas Show" and "The Merv Griffin Show."

A dedicated civic booster, Kole served as president and chairman of the Sugar Bowl, chairman of the Louisiana Tourist Commission and president of the World Trade Center. He was also one of the investors in the New Orleans Buccaneers, the short-lived 1960s team affiliated with the American Basketball Association, which later merged with the NBA.

Kole was also known for his philanthropy. For nearly 30 years, the Jazz on the Bayou fundraiser, held at the Koles’ home on the banks of Bayou Liberty in Slidell, raised almost $2 million for local charities. Beneficiaries included Easter Seals Louisiana, STARC, Safe Harbor, the Tammany Trace Foundation and other local charities. For many years, Kole also hosted the annual Easter Seals telethon on local television.

He was a gourmet and wine connoisseur whose personal cellar once contained more than 3,000 bottles of vintage wines.  His love for French wines and vineyards began with his 1984 honeymoon in France, where he and his wife Gardner would return every summer.

Kole wrote several songs based on the vineyards and wines of France. He compiled them into a series of CDs, called “Music of the Vines.” The work earned him the honor of Chevalier of Arts and Letters, the highest award presented by the French government for achievement in the arts. “Music opens the door to anything in the world," he once said, "and wine does, too." 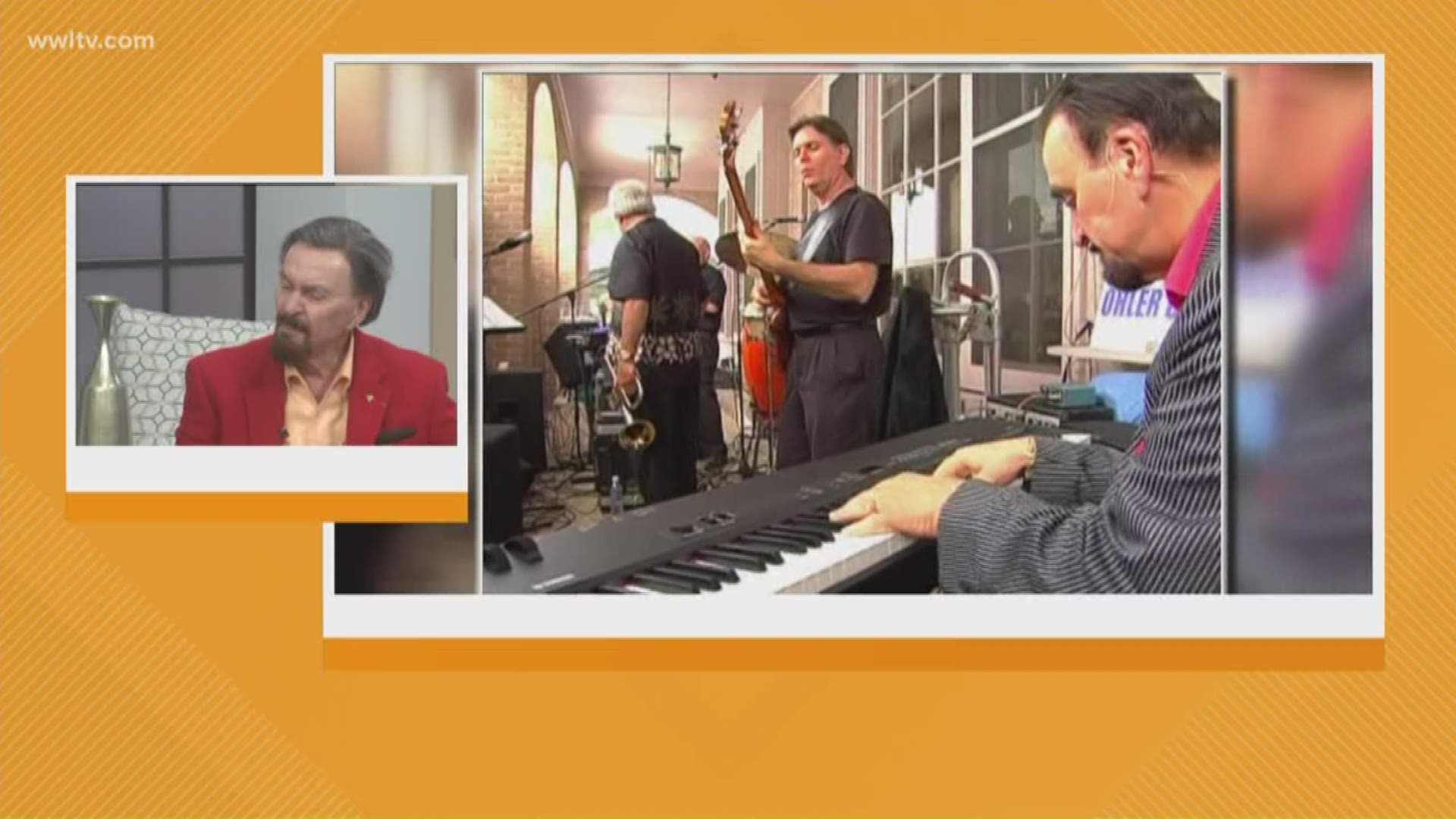 Last year, the City of Slidell officially named its Heritage Park Amphitheater Stage “The Ronnie and Gardner Kole Stage” in recognition of the couple’s cultural contributions to the city.

In a statement, St. Tammany Parish President Mike Cooper called Kole an icon in the parish. "Ronnie Kole's legacy will be lasting and unforgettable and we will certainly miss him in our community," Cooper wrote. "He was a generous philanthropist who devoted his life to his family, his music and his community. St. Tammany and Louisiana are better for having known him."

Kole was inducted into the Louisiana Music Hall of Fame in 2012.

In addition to his wife Gardner, Kole was preceded in death by his first wife, Violet Shafer Kole, and a son, James Frederick Kuhn.