Rules for shooting fireworks in the Midlands

Although fireworks are legal in South Carolina, each city and town has its own rules and regulations. 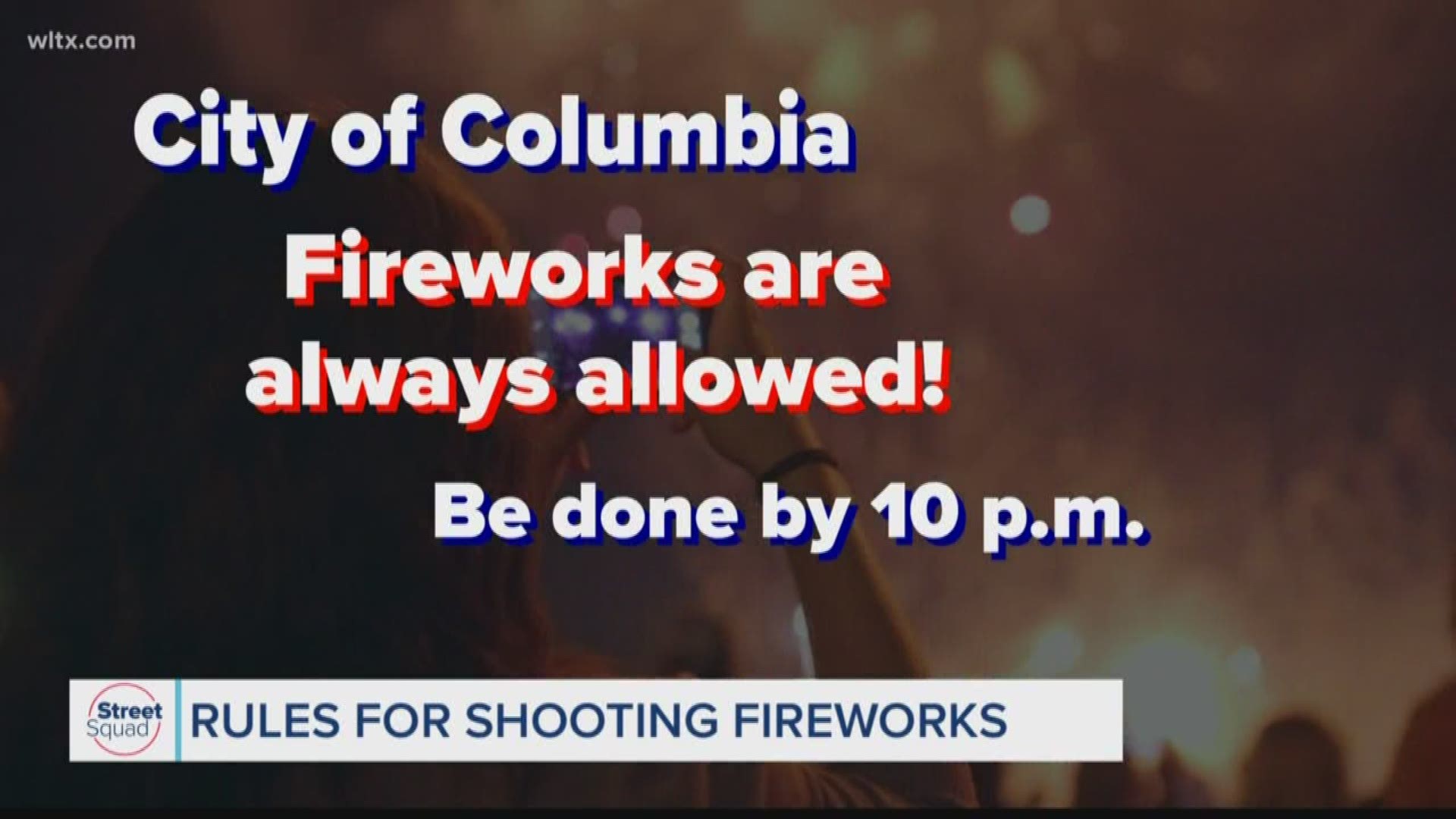 COLUMBIA, S.C. — Although South Carolina is one of the few states that do allow firework sales and discharge, some counties and towns have restrictions when it comes to firing them.

In Blythewood, Forest Acres and City of Newberry, fireworks are permitted on the Fourth of July and every other day of the year.

The Town of Lexington permits fireworks everyday until 9 p.m. but that extends to midnight on the Fourth of July.

In Cayce, Irmo, West Columbia and Town of Saluda- fireworks are only permitted on the Fourth of July and New Year's Eve in a certain time frames. Saluda also includes Christmas as a permissible fireworks holiday.

The Town of Chapin won't require a permit to shoot fireworks on the fourth but they must be finished by 11 p.m.

The City of Columbia allows fireworks year round but the noise ordinance doesn't allow them to be set off after 10 p.m.

So, as we go into one of the biggest firework holidays of the year, remember where you are and are not allowed to use fireworks and also be mindful of where you set them off physically.

You can also find ordinances for your town or city by calling or visiting their website.