Body camera video shows the October 20th confrontation where a Greenville County deputy unintentionally shoots the mother of a suspect. 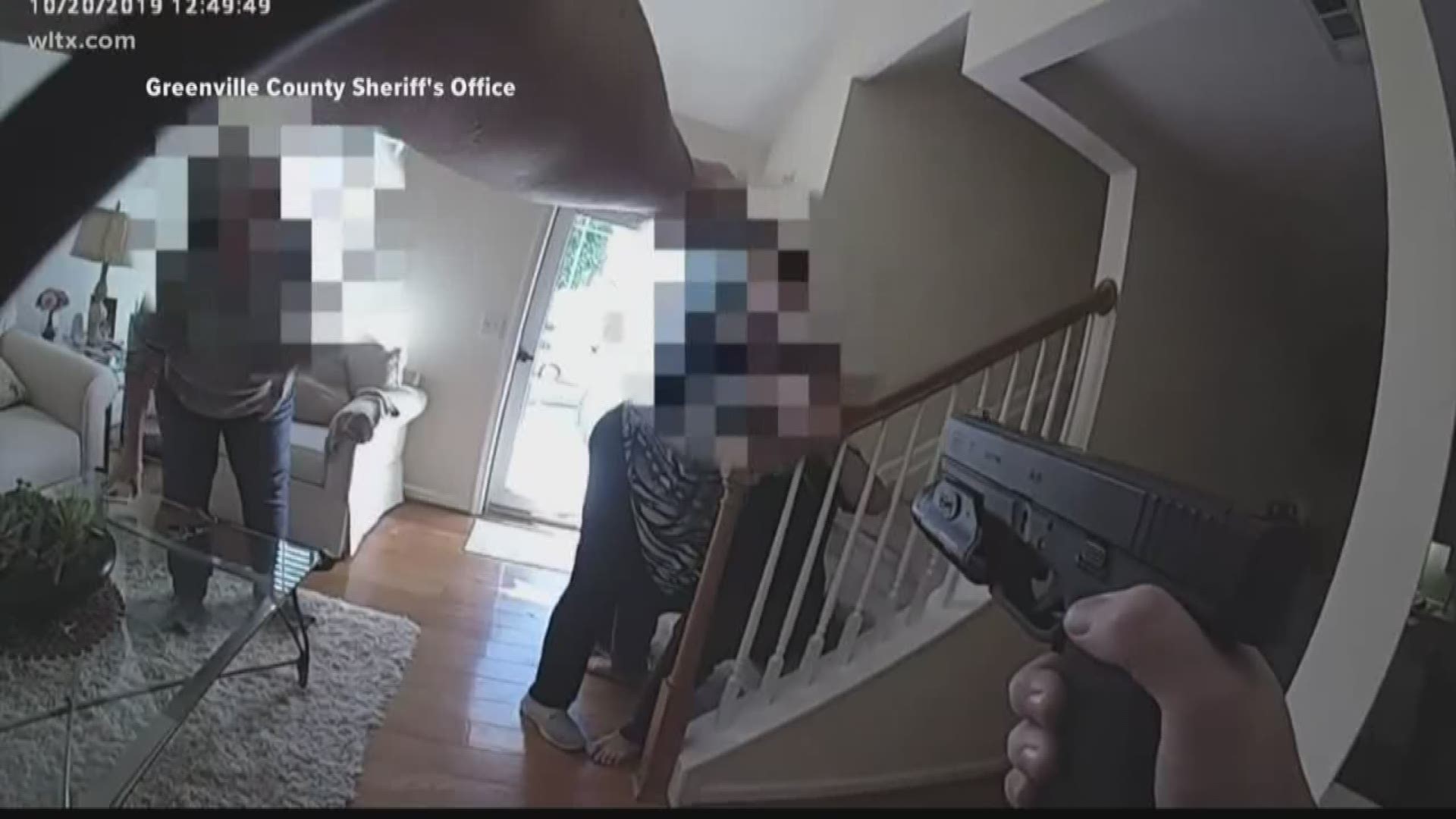 GREER, S.C. — A sheriff’s deputy in South Carolina unintentionally shot and wounded a shoplifting suspect’s mother during a confrontation inside a home in October, authorities said.

The unidentified deputy was found to have violated department policy governing arrests, Greenville County Sheriff’s Office spokesman Lt. Ryan Flood said in an email. He did not elaborate on how policy was violated.

Flood explained that the deputy’s discipline included counseling and remedial training. He said she was briefly placed on administrative duty but had since been cleared for regular duty.

“This is an effort to ensure the deputy is ready following ... a critical incident,” Flood’s statement said.

The deputy was diagnosed with a concussion and received several bruises as a result of the confrontation, said Greenville County Sheriff’s Office Capt. Tim Brown.

Body camera video released Wednesday shows the deputy attempting to arrest Sean Theodore Kaiser, 40, at his mother’s home in Greer during a shoplifting investigation in October.

The video shows Kaiser and the deputy involved in a struggle while Kaiser’s mother, whom his lawyer identified as Dianne Maros, is in the room. Maros attempts to hold Kaiser back but he is later seen coming toward the deputy, who then fires her service weapon. The first gunshot strikes Maros. A second shot fired by the deputy doesn’t hit anyone.

Kaiser was arrested by a second deputy who arrived after the deputy called for backup and after the shooting.

The deputy went to Kaiser’s home after authorities say she saw him shoplifting on a convenience store’s surveillance video. The body camera video shows the deputy attempting to read Kaiser his Miranda rights when he retreats from the front porch into the house. The deputy tries to negotiate with Kaiser for several minutes, at times physically trying to prevent him from walking away.

Flood said the deputy was found to have violated the department’s “General Order 229,” a multi-page order regarding arrests, including use of force.

Maros was still in the hospital recovering from the gunshot wound, Kaiser’s attorney Jake Erwin said.

Kaiser has been charged with resisting arrest with assault, assault and battery of a high and aggravated nature and shoplifting.