Breaking News
More () »
At The Border

Last year, the Department of Homeland Security wrote the chance for mass migration has increased, especially from places like Haiti. 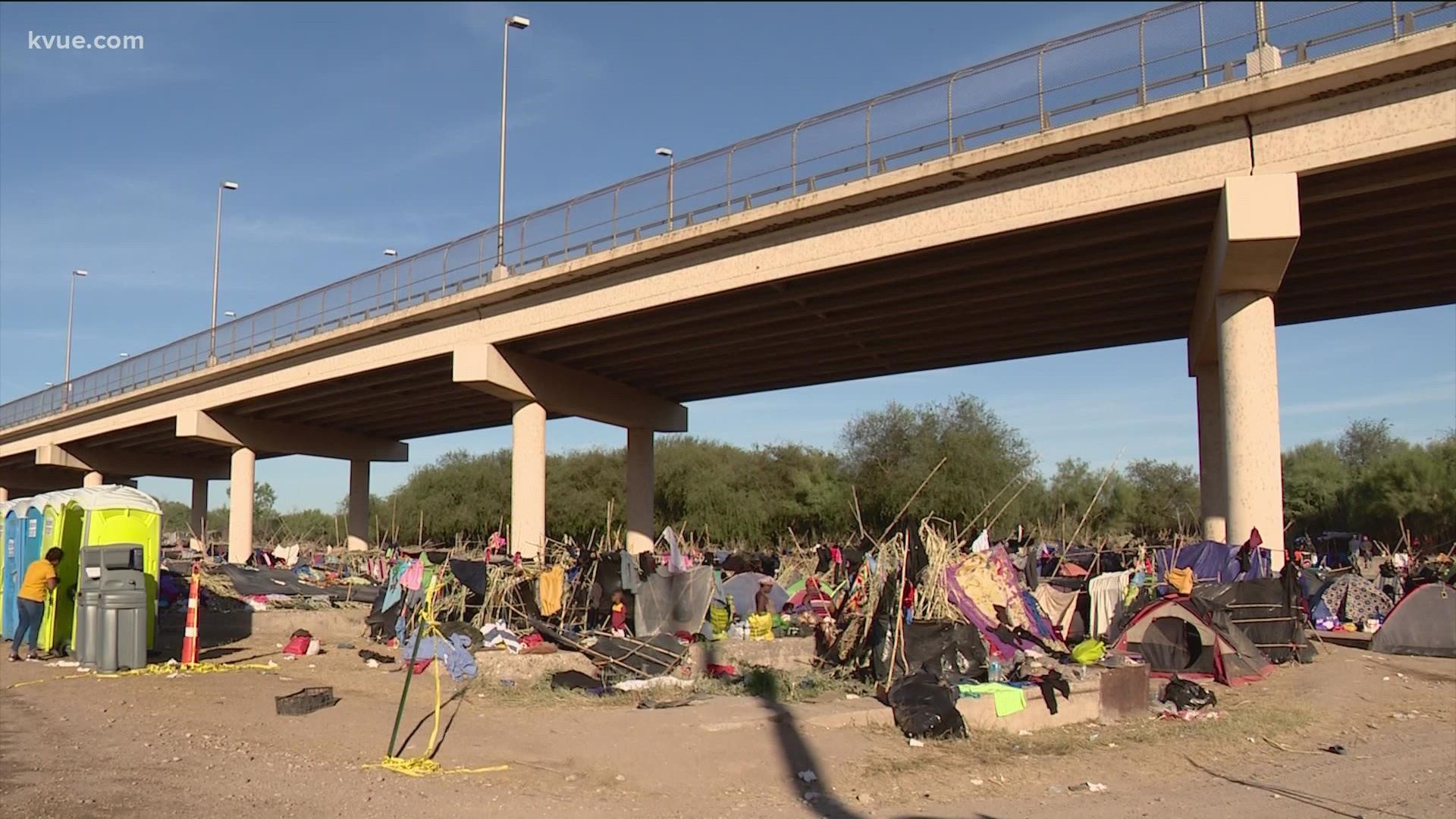 DEL RIO, Texas — Nearly a year before thousands crossed the Texas/Mexico border in Del Rio, the Department of Homeland Security wrote how COVID-19 could increase the chance of mass migration.

“COVID-19’s impact on Caribbean nations increases the chance of a mass migration event from Cuba or Haiti. Although the majority of migrants do not pose a national security or public safety threat, pathways used by migrants to travel to the United States have been exploited by threat actors. As a result, surges of migrants could undermine our ability to effectively secure the border without adversely impacting other parts of the immigration system,” the October 2020 DHS Threat Assessment showed.

The KVUE Defenders found a larger Haitian migration started in 2019. In November 2019, U.S. Customs and Border Protection released a statement.

It shows the Del Rio sector had a “record number” of people from “different nationalities,” including Haiti.

“Some of those (caravans) there actually have NGOs that have been running some of the caravans out of places like Honduras and Guatemala,” Scott Stewart, vice president of intelligence at TorchStone Global, said.

For nearly two decades, Stewart has analyzed terrorism and security, especially regarding threats along the southern border. His intelligence experience also helped inform the U.S. government of threats to the country.

“We've also seen that with other migrant caravans from places like Honduras and Guatemala, many times those people are also receiving financial help from their relatives in the U.S.,” Stewart said.

The KVUE Defenders analyzed government records dating back to 2007 and found Border Patrol arrested fewer than 100 Haitians each year until 2019.

In fiscal year 2019, agents caught 2,046 Haitians. In fiscal year 2020, it more than doubled to 4,395 Haitians arrested. For those two years, most of the crossings occurred in Del Rio, Texas.

“Apparently, that's just what the word got out, that was the place to cross rather than going to some other sector of the border,” Stewart said.

Stewart said plans are usually made through social media.

“You go to these small villages in Honduras, Guatemala, and there's not a lot of infrastructure there. But everybody has a phone. It's amazing. And everybody's on social media. You know, people that don't even have indoor plumbing have a smartphone,” Stewart said.

In Guatemala, mobile phone plans can run $30 a month, phone included. Social media apps do not use any of the data plan.

“One of the problems that we have right now with a situation like what's going on in Del Rio is trying to sort out who's who, what their motives are, who are the criminals, who are the threats to the public and who are the people that just want a better life?” Stewart said.

Stewart said people from some countries, including Haiti, may not have documentation like birth certificates that U.S. officers and agents need to verify their claims.

“Then trying to figure out where they've been. Every place, you know, say somebody left in 2010, where have they been since 2010? And what have they been up to? That's just an awful lot of work to track down,” Stewart said.