The Carlton Reserve, where Gabby Petito's fiancé is believed to have last been, is vast and mostly swampland, police said. 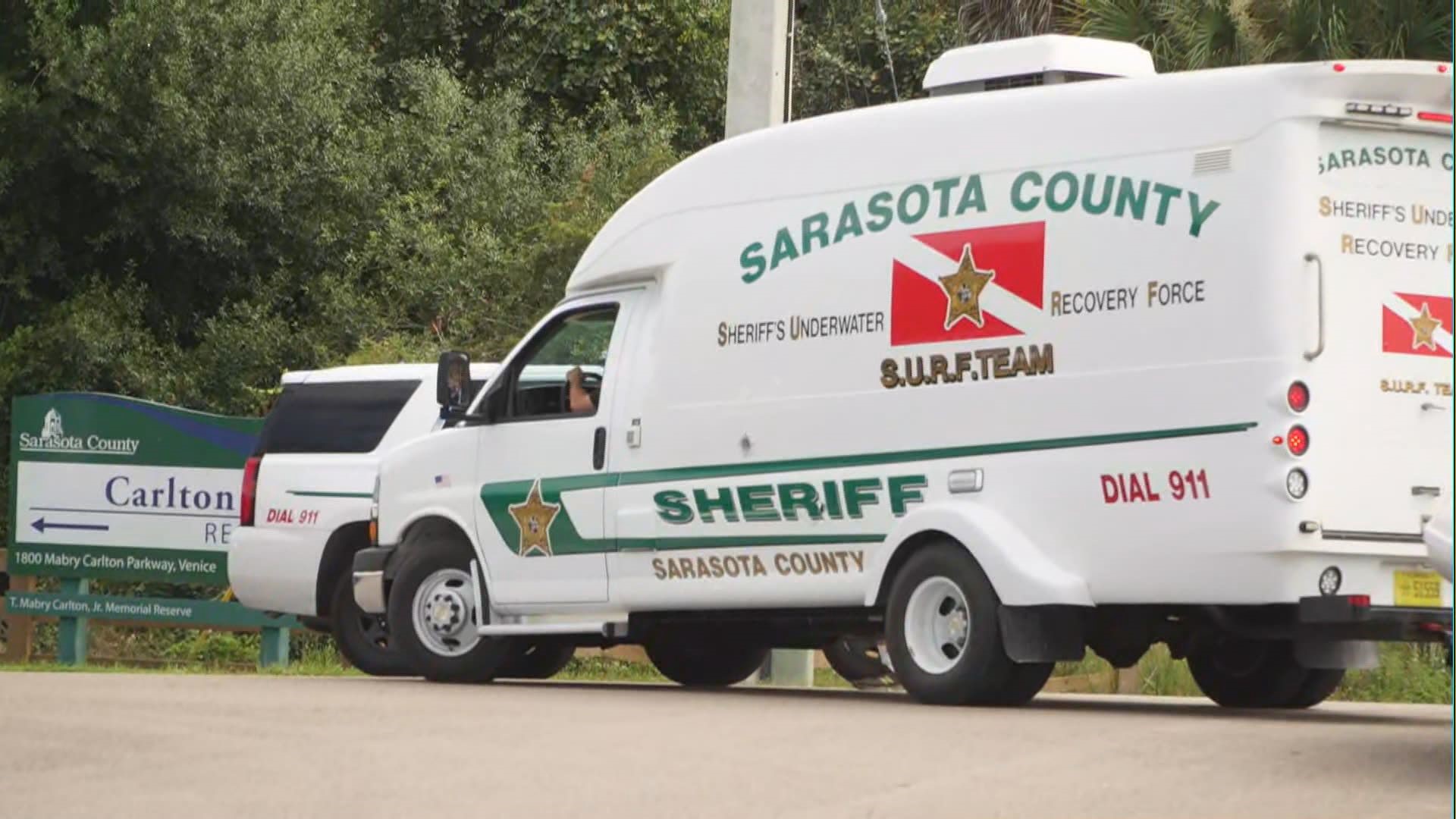 SARASOTA COUNTY, Fla. — UPDATE: Brian Laundrie has been indicted by a grand jury in the Gabby Petito case. The FBI has issued a federal arrest warrant for him. Here's a statement from the FBI.

The ground search of the Carlton Reserve has also come to an end for Thursday with "nothing found." Authorities will be back out on Friday.

It includes boats, sonar equipment and diving personnel who can more easily enter the water on what's been described as a "vast and unforgiving" reserve. The added resources join what's already a multi-agency search effort, which includes the FBI.

"Area resources are looking at large bodies of water, including dive teams, boats, and sonar equipment," North Port Police Department Spokesperson Josh Taylor wrote in a statement. "At this time, this does not mean anything has been found.

"It’s a part of the overall search process."

The police department adds that it is also investigating a "self-inflicted death" near the reserve that has "nothing to do with this case."

The Sarasota County Sheriff's Office, which is supplying the equipment and teams, said in a tweet, "We continue to respond to requests for mutual aid from neighboring law enforcement agencies & federal partners."

"To confirm, yes, members of our Sheriff’s Underwater Recovery Force have responded to Carlton Reserve. This in addition to our Emergency Response Team, Air-1 & patrol."

It added, "These highly-trained deputies work in the most difficult and challenging environments imaginable."

We continue to respond to requests for mutual aid from neighboring law enforcement agencies & federal partners. To confirm, yes, members of our Sheriff’s Underwater Recovery Force have responded to Carlton Reserve. This in addition to our Emergency Response Team, Air-1 & patrol. pic.twitter.com/LcagDcofLL

RELATED: TIMELINE | The disappearance and death of Gabby Petito: What we know

The body found Sunday in Bridger-Teton National Forest was positively identified as Petito, the FBI in Denver confirmed Tuesday.

Law enforcement says the coroner's office has determined the initial manner of death is a homicide. However, the official cause will be determined following the final autopsy.

Petito, 22, was on a cross-country road trip this summer with her 23-year-old fiancé, Laundrie. She was reported missing on Sept. 11 after he returned 10 days earlier to his North Port family home without her. Laundrie is considered a person of interest in the case.

Laundrie is believed to have gone on a hike in the reserve about a week ago.