For the seventh day, officers were back again, looking through 25,000 acres for Brian Laundrie. 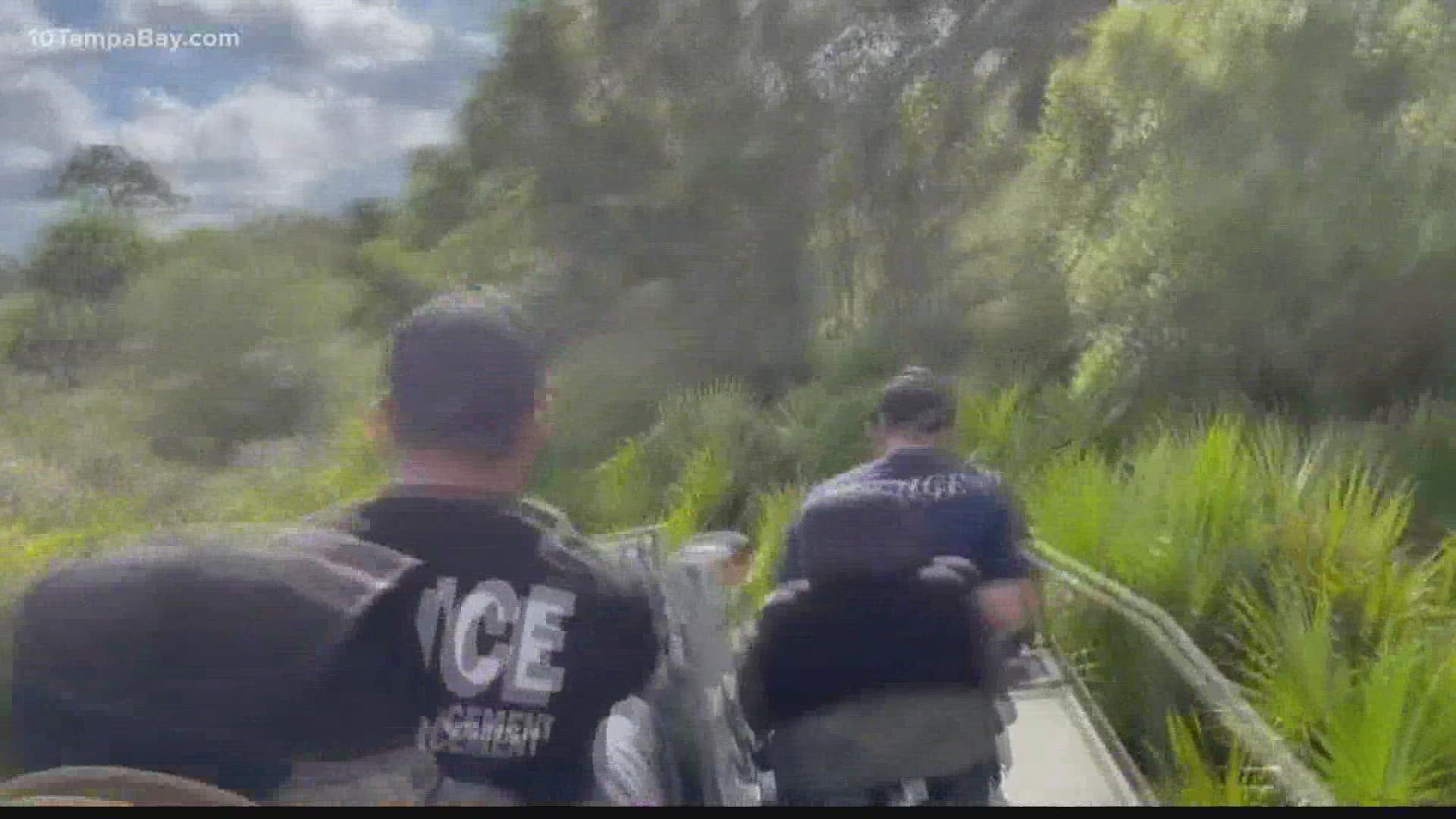 VENICE, Fla. — UPDATE: Brian Laundrie has been indicted by a grand jury in the Gabby Petito case. The FBI has issued a federal arrest warrant for him. Here's a statement from the FBI.

Law enforcement has spent the last seven days searching for Brain Laundrie at the Carlton Reserve.

North Port Police Department Public Information Officer (PIO) Josh Taylor said in an email that the teams will be back throughout the weekend, focusing on "areas of more likelihood across the Reserve."

Taylor also explained that the law enforcement helping in the search are not being paid, it is mutual aid. Meals at the police department have been made by families or donated by "generous" citizens and businesses.

Laundrie is a person of interest in the case of 22-year-old Gabby Petito. The two went on a cross-country road trip this summer. Petito was reported missing on Sept. 11 after Laundrie returned to his family's North Port home without her 10 days prior.

A body that was found in Bridger-Teton National Forest over the weekend was positively identified as Gabby Petito, the FBI in Denver confirmed.

Law enforcement says the coroner's office has determined the initial cause of death is a homicide. However, the official cause will be determined following the final autopsy.

The area being searched for him is nearly 25,000 acres large. It's swampy and thickly wooded.

Multiple agencies are involved and helping in this search effort, including:

Officers and agents have been using ATVs, swamp buggies, drones, K-9's and airboats in this search through the preserve. FWC has also had a chopper circling the skies above.

"Terrain is very difficult," said Joe Fussell, North Port Police Commander. "Essentially, 75 percent of it is underwater. Other areas that are dry, we're trying to clear. So we're expecting to get wet by the end of the day. And check the entire area for Brian Laundrie."

As of 7 p.m., North Port police reported "nothing of note" found in their search and that Tuesday's efforts have concluded. A "similar operation" is set to resume on Wednesday.

For the areas they can't access on foot, they deploy the drones.

"We have multiple drone operators that have been sent out in numerous teams," said Fussell. "So we mix them in and deploy them out so that if they encounter flooded areas or terrain they can't access with these wheeled vehicles, we'll deploy these drones out directly into the wooded areas."

Florida Gov. Ron DeSantis is offering up all the state resources he can in this search effort, asking for justice for Gabby Petito.

At the request of @NorthPortPolice, @MyFWC law enforcement has been assisting in the search for Brian Laundrie. I have directed all state agencies under my purview to continue to assist federal & local law enforcement as they continue to search - we need justice for Gabby Petito.

In response to the news of Petito being positively identified, North Port police said: “Incredibly sad. We still have work to do.”

Response from @NorthPortPolice on the new developments of remains confirmed to be #GabbyPepito’s and initial cause of death determined a homicide:

“Incredibly sad. We still have work to do.”