The suspect lived in North Texas for several years. 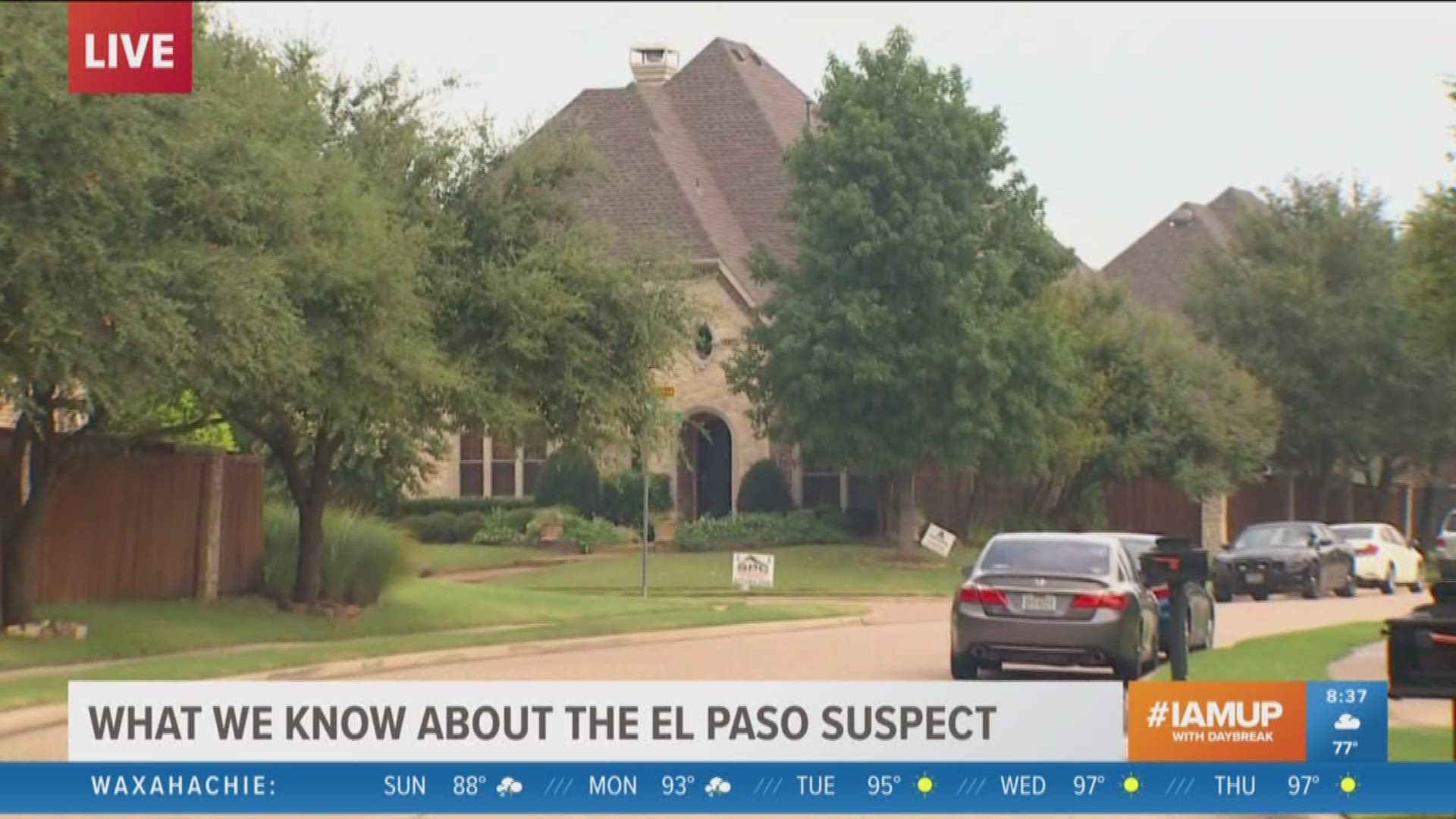 DALLAS — This story has been updated throughout.

The gunman who opened fired inside an El Paso shopping area Saturday has been identified as 21-year-old Patrick Crusius, according to the Associated Press.

Court records show Crusius has been booked into the El Paso County Jail on capital murder charges and authorities are seeking the death penalty.

Investigators say the suspect drove nine hours to get to the shopping center. He killed 20 people and injured dozens more in an area that was packed with as many as 3,000 people.

On Sunday, WFAA learned that the FBI went to a local Walmart and pulled security footage. It appears the suspect had been there recently.

The suspect lived in North Texas for several years, according to officials.

Texas Rep. Jeff Leach confirmed on Twitter that Crusius is a 2017 graduate of Plano Senior High School, and lived in Allen.

ATF and FBI agents spent Saturday evening and Sunday morning searching homes and interviewing people who might be related to Crusius.

Crusius also attended Collin College from the fall of 2017 to the spring of 2019, according to a Saturday statement from Collin College:

We are saddened and horrified by the news of the shooting today in El Paso, Texas. A student by the name of Patrick Crusius attended Collin College from fall 2017 through spring 2019.

Collin College is prepared to cooperate fully with state and federal authorities in their investigation of this senseless tragedy. We join the governor and all Texans in expressing our heartfelt concern for the victims of the shooting and their loved ones.

The El Paso police chief says authorities are examining what he called a “manifesto” that they believe was written by the shooter and shows a possible “nexus” to a hate crime.

In the document, the writer expresses concern that an influx of Hispanics into the United States will replace aging white voters, potentially turning Texas blue in upcoming elections and swinging the White House to the Democrats.

The document was also critical of Republicans for what was described as close ties to corporations and degradation of the environment.

Though a Twitter account that appears to belong to Crusius included pro-Trump posts praising the plan to build more border wall, the writer of the online document says his views on race predated Trump's campaign and that any attempt to blame the president for his actions was "fake news."

On Sunday, news of Crusius' family was being reported.

At least three El Paso funeral homes have confirmed they will be offering free funerals to victims of the shooting:

This is a developing story. Check back for new information. Download our free WFAA app to stay up-to-date on all news stories in the Dallas-Fort Worth area.