The thought of not returning to the space for a while devastates this community because for many the facility is more than just a building. 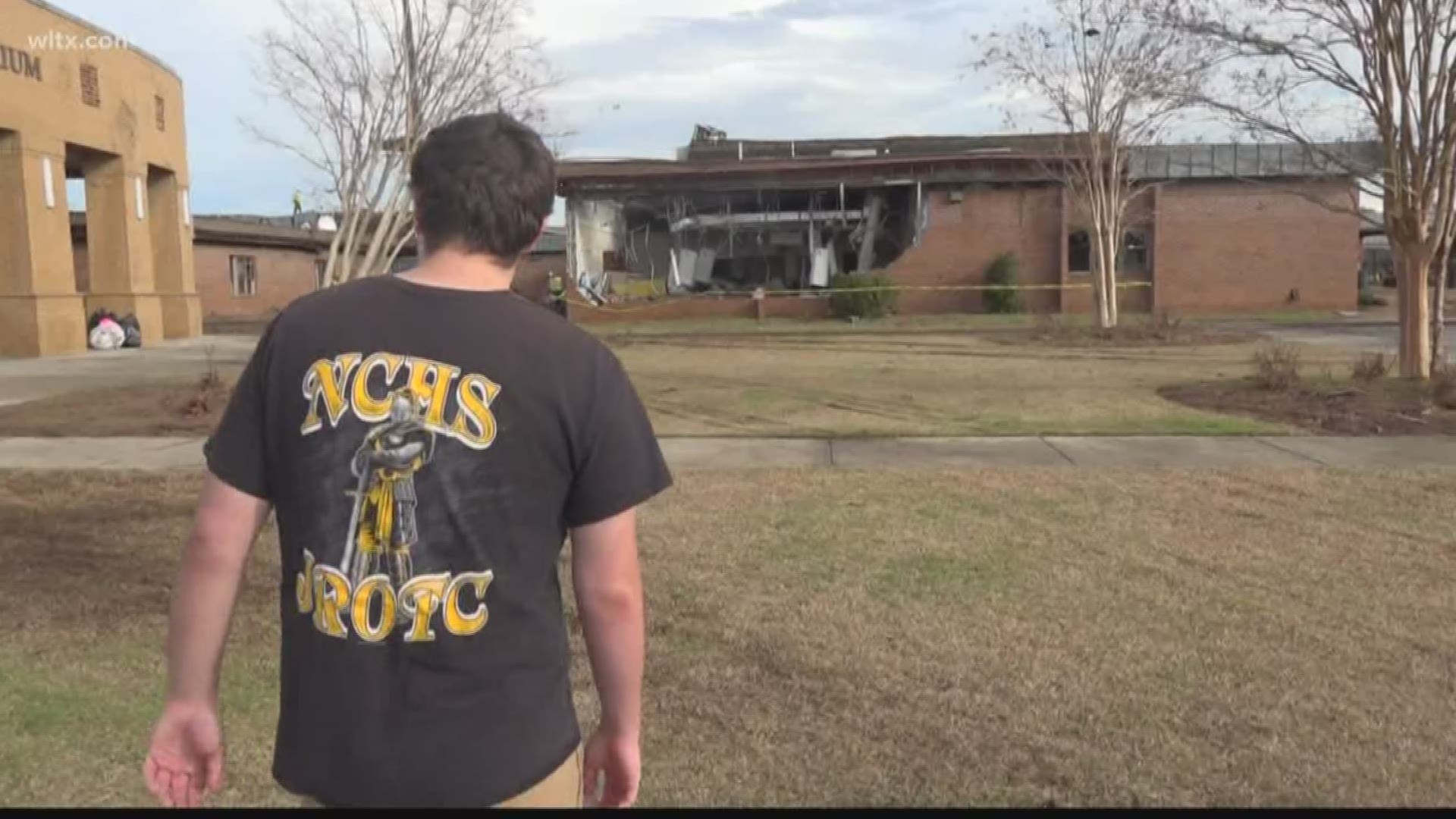 KERSHAW, S.C. — Students and faculty at North central high are still reeling from the damage done to their school by the tornado that hit Saturday night.

The thought of not returning to the space for a while devastates this community because for many the facility is more than just a building.

"It hurts" says Arthur Browne, a sophomore at North Central High School who says seeing his school in this condition is unbearable.

"This our home away from home" says Browne, "To come here and see it like this in shambles pretty much it hurts. All the memories that were made here that are gone and that have been destroyed, I know we always say we don’t like school but when something like this happens this close to home you feel it."

For some this high school has been in their life for more than a decade, "It’s so much worse than all the pictures seeing it all together" says Lauren Humphrey, is a first year teacher but also graduated from North Central High as a student.

"When you see all of the damage as you can see from left to right on the campus that was probably the hardest part" says Humphrey, "I just have so many memories it is really hard and it’s like that for so many other community member's so I’m just leaning on them for support."