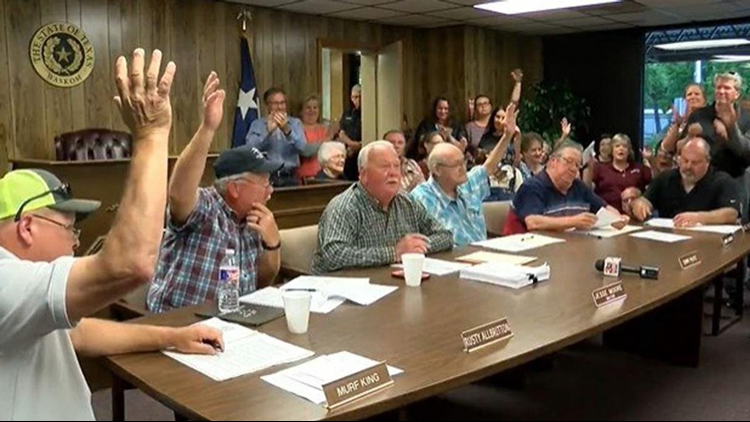 Photo by: Special to the Marshall News-Messenger

WASKOM, Texas — The city of Waskom took a stand against abortion on Tuesday with the city council unanimously adopting a resolution and an ordinance in support of Right to Life East Texas, becoming Texas’ first “sanctuary city for the unborn.”

Waskom Mayor Jesse Moore said the city council was happy to support the organization in the historic move.

“Right to Life approached us because the abortion laws are changing in Louisiana, Alabama and Mississippi that the abortion clinics may start moving to Texas,” said Moore. “With Waskom being the first city, 18 miles (west) from (Shreveport) Louisiana, they were anticipating one moving over here.