No, Texas has not banned schools from teaching about MLK’s speeches or KKK’s history with white supremacy

A Texas Senate bill that removes certain curriculum requirements from a recent law can’t currently become law because the House lacks members for a vote. 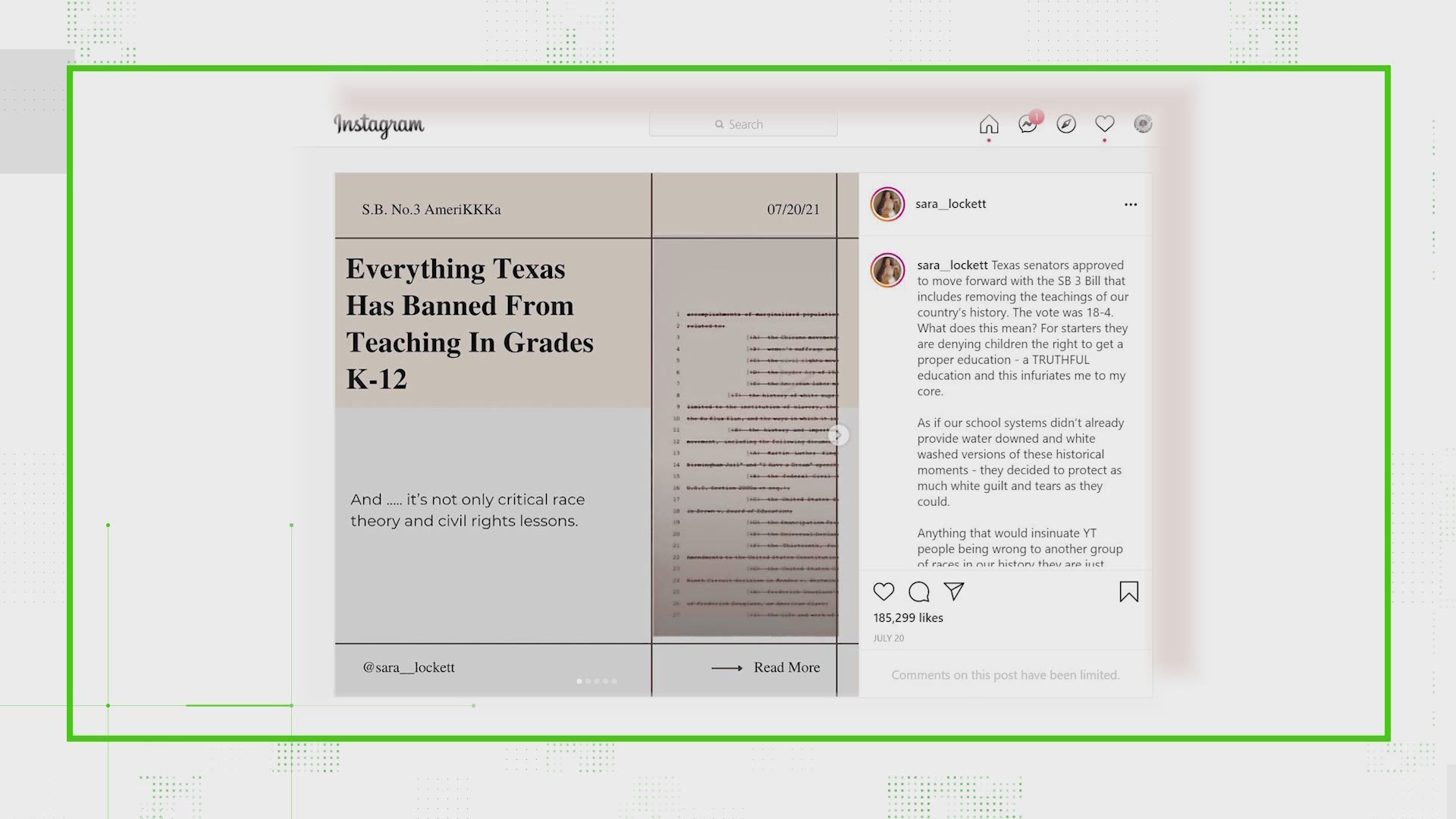 A Texas Senate bill got nationwide attention in July when it went viral for “eliminating requirements that public schools teach that the Ku Klux Klan is ‘morally wrong.’” But the attention on the bill didn’t stop there.

An Instagram post with more than 180,000 likes claimed the bill “has banned” primary schools from teaching a number of topics, including Martin Luther King, Jr.’s “I Have a Dream” speech, the history of white supremacy, Native American history, the historical labor movement and the women’s suffrage movement.

Has Texas banned schools from teaching about the civil rights movement and the history of white supremacy?

No. While the Texas Senate did pass a bill that removes language from a recent law requiring school curriculums to include lessons on historical social justice movements, the bill can’t currently become law while Texas House Democrats continue to prevent votes by leaving the state in protest of voter suppression laws.

Most of the removed topics are still part of the state’s official curriculum, which is set by a group that includes teachers and parents.

HB 3979 was passed by both the Texas House and Senate in May to become state law in September. The two bills are extremely similar, with the most notable difference being SB 3 lacks the curriculum requirements that HB 3979 has. Those requirements, which were repealed by Section 5 of SB 3, included: historical documents related to the civic accomplishments of marginalized populations, the history of white supremacy and the ways in which it is morally wrong and the history and importance of the civil rights movement.

Those curriculum requirements are not a part of preexisting Texas law. State law only requires schools to teach “United States and Texas history and the free enterprise system” through social studies courses.

That’s because the curriculum is typically set by a board of educators, parents, business representatives and employers and adopted by the State Board of Education. This curriculum is called the Texas Essential Knowledge and Skills, or more commonly, TEKS.

Many of the curriculum requirements in HB 3979 are already a part of TEKS. For example, in a ninth-grade U.S. history course, TEKS requires schools to teach students about MLK’s “I Have a Dream” speech, the civil rights movement, the women’s rights movement and Native American history. While there isn’t anything in TEKS that says students should know white supremacy is “morally wrong,” students are supposed to learn about “how Jim Crow laws and the Ku Klux Klan created obstacles to civil rights for minorities such as the suppression of voting.”

In Section 3 of HB 3979 and Section 7 of SB 3, the State Board of Education is to “review and revise, as needed,” TEKS by December 31, 2022, to comply with the law. As written, SB 3 doesn’t specifically ban TEKS from keeping these topics in the curriculum. The Texas Education Agency would not comment on pending legislation.

The two bills primarily focus on how the subject of racism can and cannot be approached in classrooms; Texas Governor Greg Abbott called the bills a “strong move to abolish critical race theory.” The legislation limits how teachers can discuss racism with their students and forbids incorporating the 1619 Project into their lessons plans.  The original HB 3979 did not include any mention of prominent civil rights topics like King's "I Have a Dream" speech, but Texas Democrats amended HB 3979 with requirements that schools teach about those topics. Texas Republicans are leaving those amendments out of SB 3.

Both HB 3979 and SB 3 have been jointly criticized and opposed by a number of Texas’s largest teachers’ unions. The Texas American Federation of Teachers said the bills would “create a chilling effect on exploring racism and other controversial topics” as part of its opposition to the legislation. The Association of Texas Professional Educators, have also opposed both HB 3979 and SB 3 for trying to set the curriculum instead of allowing TEKS to do so independently. The Texas State Teachers Association is also in opposition to the bills because they seek “to remove lessons that meaningfully engage in civics, history, social studies and current events.”

WHY THE BILL IS STUCK

Texas House Democrats broke quorum July 12 and have not returned to Texas as of July 26. The House Democrats left Texas to boycott bills they’ve claimed amount to “voter suppression.” The Democrats have remained in D.C. to campaign for nationwide voting rights legislation during that time.

That means no bill can be passed into law over the course of this special session, which is set to end on Aug. 7. Abbott said he will continue calling special sessions, which cannot last longer than 30 days if he needs to.

More from VERIFY: No, Washington state is not mandating critical race theory in all public schools

The VERIFY team works to separate fact from fiction so that you can understand what is true and false. Please consider subscribing to our daily newsletter, text alerts and our YouTube channel. You can also follow us on Snapchat, Twitter, Instagram, Facebook and TikTok. Learn More » 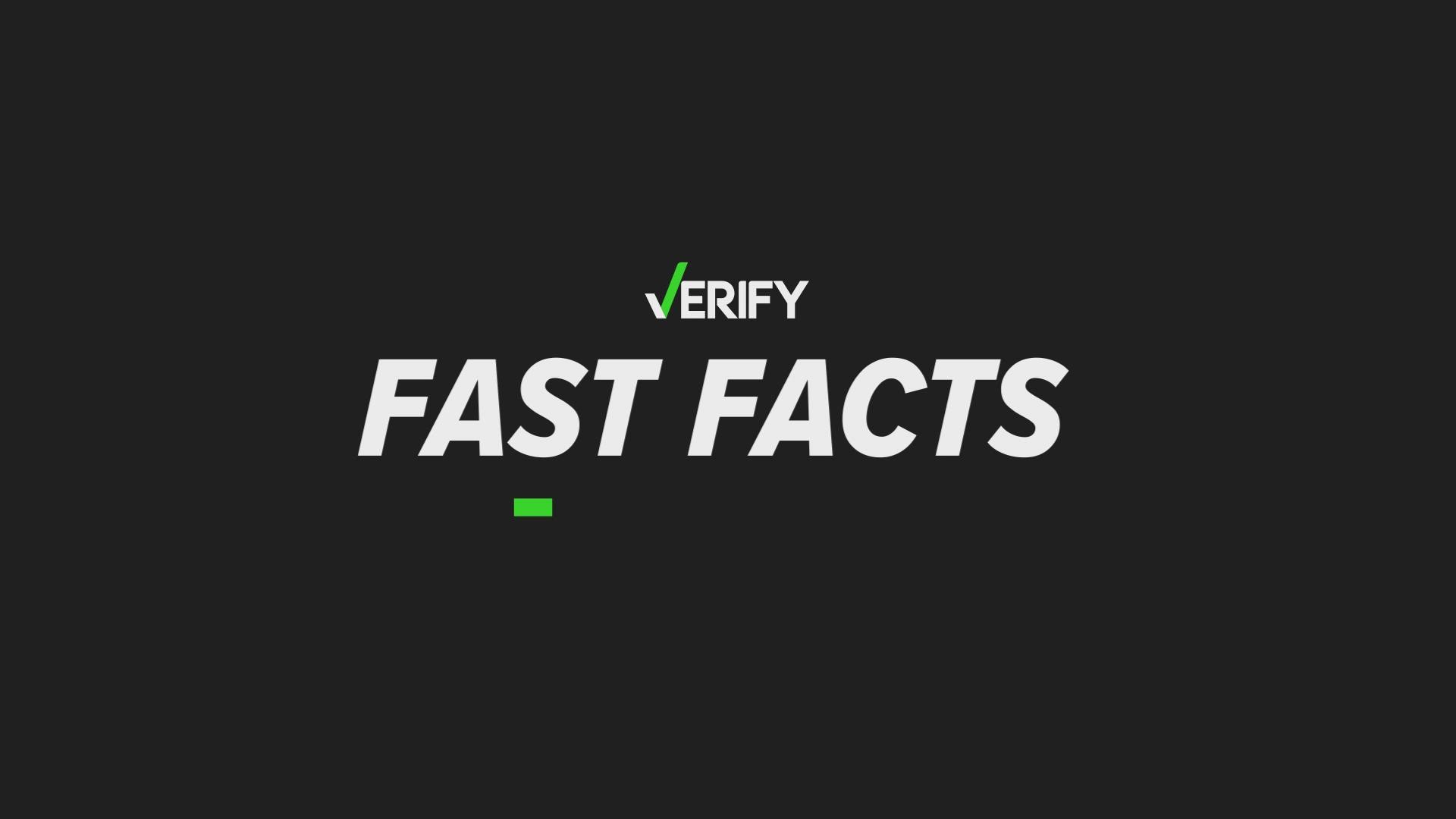