VERIFY: The president has been impeached again. What happens next?

It doesn't look like the Senate will begin the trial before Joe Biden is inaugurated. 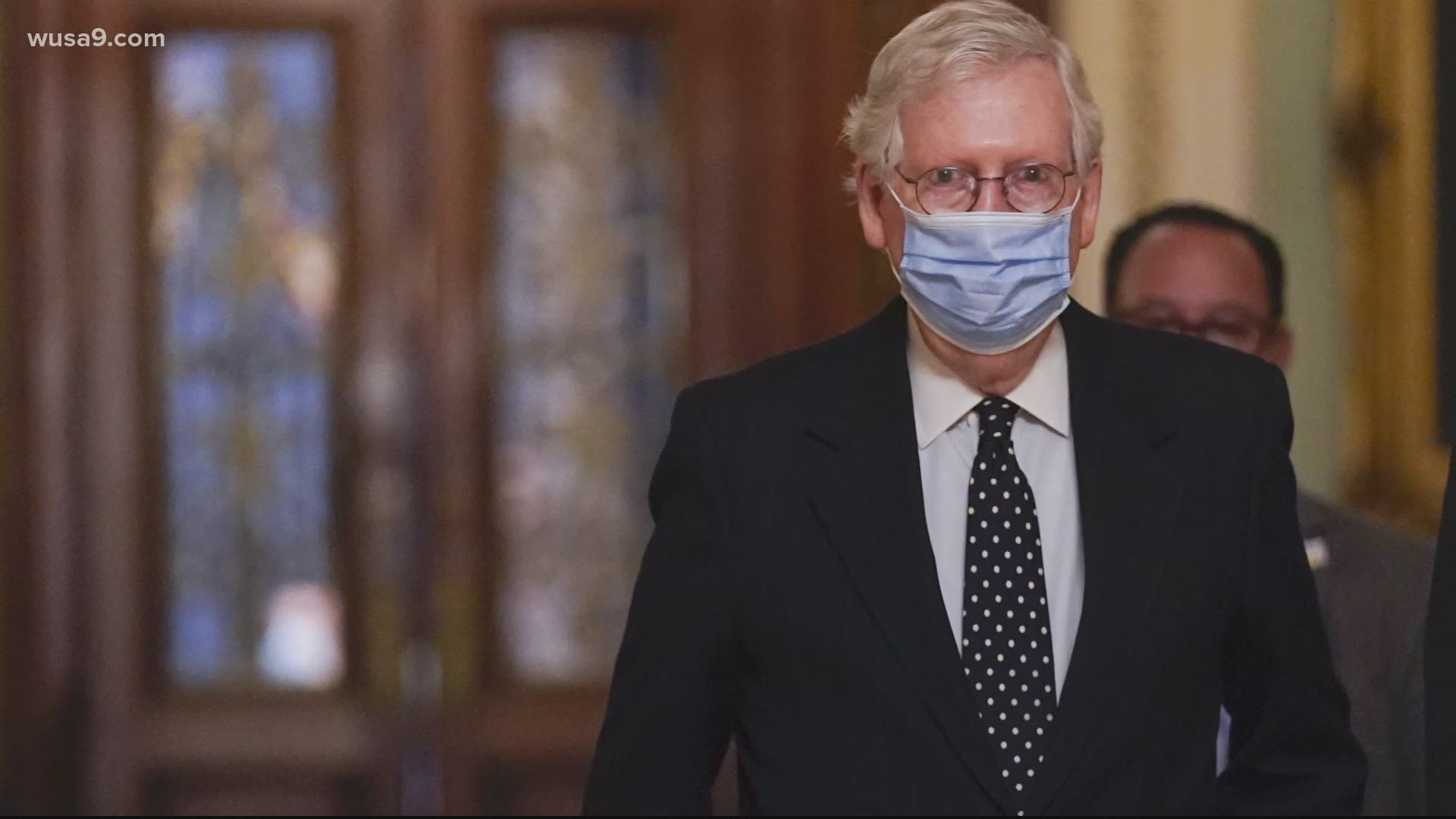 WASHINGTON — On Wednesday night the House of Representatives impeached President Trump for the second time.

By now, you know, impeachment doesn’t remove the president from office. It just sets up a trial in the Senate.

Have the articles of impeachment already been sent to the Senate?

The rules of the Senate and Senate Majority leader Mitch McConnell.

At the time this article was written, the Senate had not received the articles of impeachment because they’re not even in session.

According to the Senate calendar, Senators won’t come back until Jan. 20, Inauguration Day.

Senate Majority leader Mitch McConnell could call the Senate into session and hold a trial before that. But, his office released a statement that said in part:

“Given the rules, procedures, and Senate precedents that govern presidential impeachment trials, there is simply no chance that a fair or serious trial could conclude before President-elect Biden is sworn in next week.”

Senator McConnell added no impeachment trial has ever been conducted in less than 20 days.

He would rather congress spend the next week focusing on facilitating a safe and orderly transfer of power in the White House.

So, no trial this week or next. However, whether or not a trial happens after Inauguration Day probably won’t be up to Senator McConnell. By Jan. 22 the state of Georgia will certify the vote of those runoff races which just happened.

When Democrats Jon Ossoff and Rafael Warnock are sworn in, the Senate will be controlled by the Democrats.

By that point, however, President Trump will be out of office. The Senate wouldn’t be voting to remove him, but rather convict him of inciting insurrection at the Capitol before voting to disqualify him from holding office again.

Verify: After impeachment comes the trial. But, when will the Senate hold court? It won't be until after President Biden is sworn in. #GetupDC @wusa9 pic.twitter.com/72TBwCwuTb