The VERIFY team fact-checked what Joe Biden and other speakers said during the final night of the DNC. 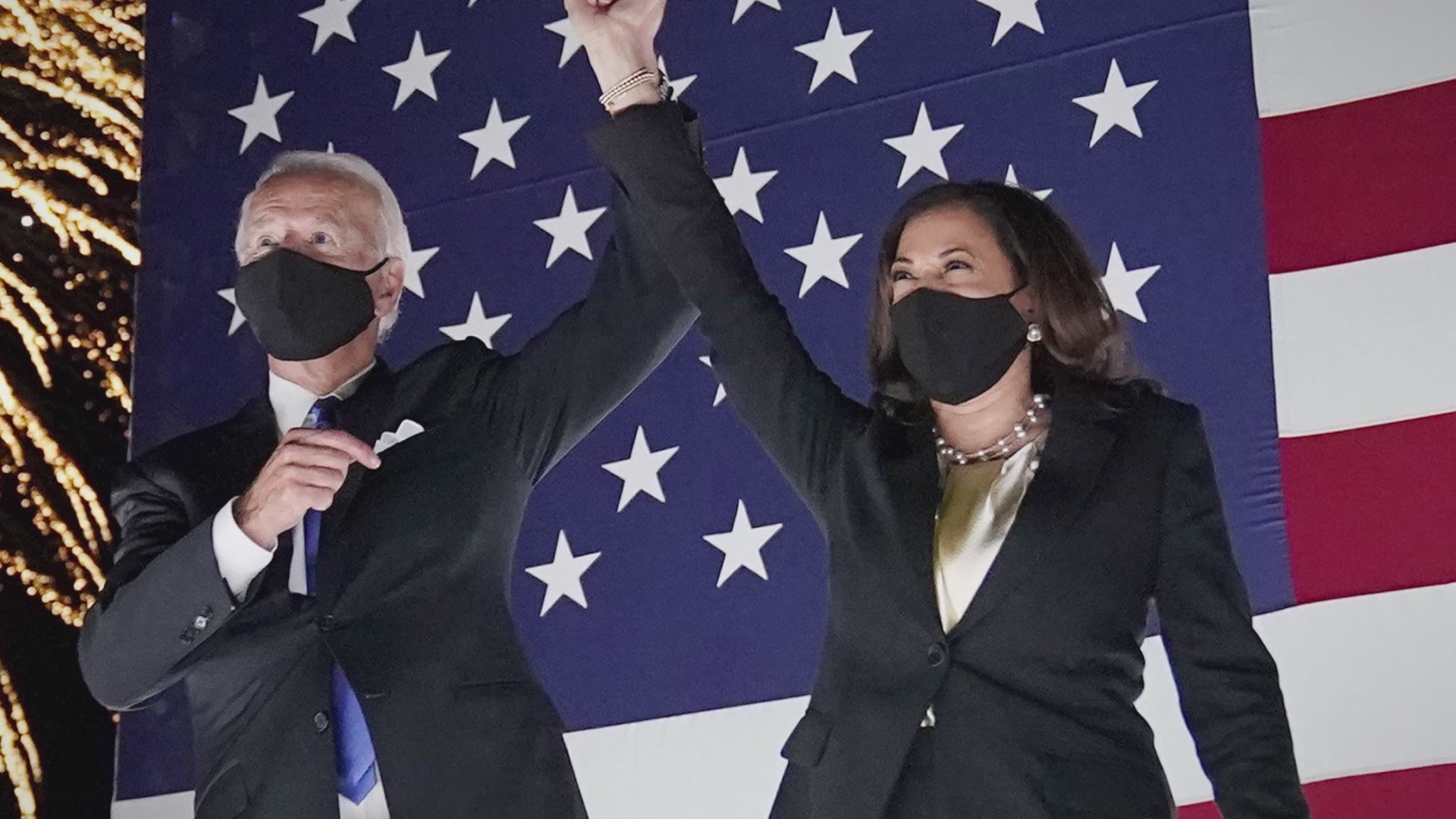 The Democratic party has wrapped up its national convention and officially selected Joe Biden and Kamala Harris as their ticket for the 2020 presidential election.

The VERIFY team fact-checked claims that Thursday night's speakers made:

This claim is an accurate representation of a recent report from the Aspen Institute, published on August 7, 2020. However, it assumes the worst case scenario, since the estimate suggested a range of 30 to 40 million people, who would be “at risk of eviction in the next several months” if action was not taken by federal, state, and local governments.

The Institute conducted an analysis of weekly US Census data to make these projections. Nine prominent institutions and organizations contributed to this report, including academics from Wake Forest University School of Law, Massachusetts Institute of Technology, the University of Arizona College of Law, Princeton University, and other universities.

According to the U.S. Department of Labor, more than 50 million people have filed for unemployment since the pandemic began.

A study from the Robert Wood Johnson Foundation found that more than 10 million people are likely to lose their health insurance this year. However, according to a June small business impact poll done by the Chamber of Commerce, one in five small businesses have already closed this year likely due to COVID-19.

This is an accurate representation of polling data from the American Psychological Association.

In June, the APA published “Stress in America,” which combined the results of numerous polls related to mental health and stress. They found that “around 7 in 10 Americans (72%) report that this is the lowest point in the nation’s history that they can remember.” That number was 56% in 2019 and 2018.

Sources: American Psychological Association ‘Stress in America’ report, APA - ‘Most Americans say this is the lowest point in history that they can remember.’:

RELATED: VERIFY: Fact-checking the speakers from night 3 of the Democratic National Convention

Michigan Secretary of State Jocelyn Benson said “There is zero difference between voting by mail and voting absentee.”

It is true that absentee and “mail-in” ballots are the same once they are sent in the mail, but there is a difference in how they’re requested.

According to the National Conference of State Legislatures, Absentee ballots are only sent to voters who personally request the ballot. Some states limit these ballots only to voters who cannot physically visit a polling location.

Other systems, often called “mail-in” voting or “all-mail voting,” automatically send ballots to all registered voters whether they request one or not.

Claim:  Biden said “He’s (President Donald Trump) proposing to eliminate a tax that pays for almost half of Social Security without any way of making up for that lost revenue.”

Biden was likely referring to the payroll tax. In Trump’s recent executive orders to combat the economic impacts of COVID-19, he decided to defer the payroll tax, which contributes to Social Security. From September through the end of the year, this tax will not be collected by the government.

Under a deferral, this money would be due in January and so impacts on the Social Security fund would be limited. However, Trump also made the following statement on August 12:

“At the end of the year, the assumption that I win, I’m going to terminate the payroll tax, which is another thing that some of the great economists would like to see done.” Trump said that they’ll be “paying into Social Security through the general fund,” instead.

Howell Jackson, a professor at Harvard Law School, told the VERIFY team that only Congress can take such action to forgive a tax or to make permanent cuts to a tax. If this action was taken, though, it could have impacts on Social Security.

“If the payroll taxes are never paid into Social Security, that will weaken the trust fund,” he said on Aug. 11. Jackson told the VERIFY team that Congress could allocate new funding for Social Security, if they decided to forgive the tax or make cuts.

Our verdict: Trump did call for the elimination of the payroll tax, which contributes to Social Security. As for the claim that this tax pays for almost half of Social Security, the actual estimate might be higher than that. AARP reported that in 2020, $945 billion was brought in from Social Security taxes, accounting for 89%.