The call for action comes as a response to a prison riot that took place in Lee Correctional Institution in South Carolina in April of this year, resulting in the death of 7 inmates and injuring of over a dozen others. 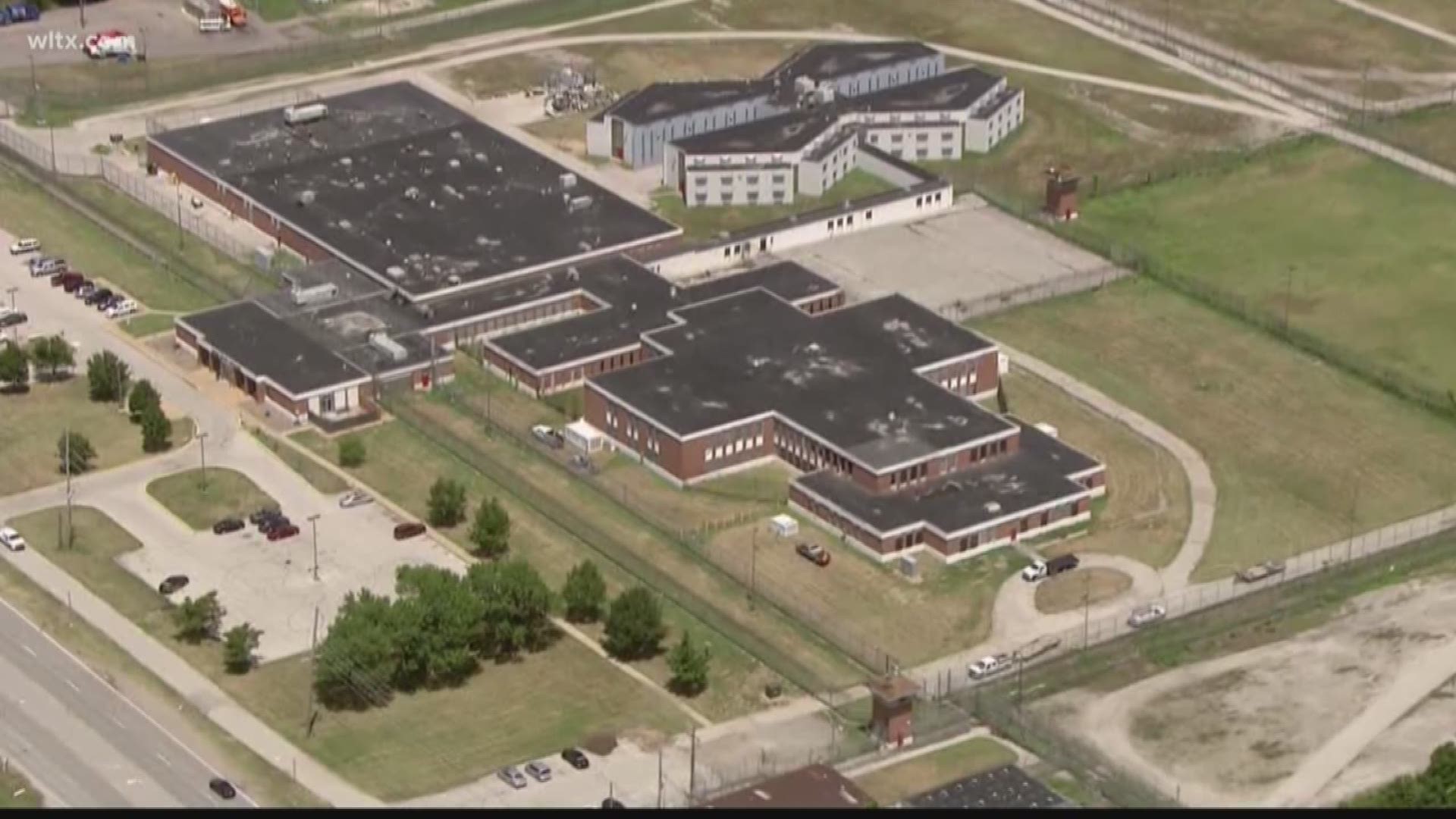 The strike is scheduled to begin today and stretch until Sept. 9, the anniversary of a bloody uprising at Attica prison in New York in 1971.

Organizers are calling for work stoppages, sit-ins, boycotts and hunger strikes and have released a list of 10 demands, including:

► The payment of "prevailing wages" to inmate workers

► The rescinding of a law restricting inmate lawsuits

► The restoration of voting rights to inmates

► The possibility of parole for all inmates

"We are currently monitoring this situation for any activity within the prisons," said Dexter Lee, a prisons spokesman. "The agency will take the necessary actions to ensure the prisons are safe to operate."

According to the inmate group Jailhouse Lawyers Speak, which released a statement about the strike, the protest is being initiated in response to the fighting at Lee Correctional in Bishopville that also injured more than 20 inmates.

"Seven comrades lost their lives during a senseless uprising that could have been avoided had the prison not been so overcrowded from the greed wrought by mass incarceration, and a lack of respect for human life that is embedded in our nation’s penal ideology," the group said in a statement. "These men and women are demanding humane living conditions, access to rehabilitation, sentencing reform and the end of modern day slavery."

Prison officials have blamed the use of cell phones, trading in contraband and prison gangs for the April melee. A series of lawsuits following the incidents blamed the violence on understaffing, a failure to properly train officers and a failure to properly manage security at the prison, the state's largest maximum-security institution with more than 1,300 inmates.

The state Department of Corrections has since installed netting around prison fences to prevent contraband phones from being tossed from the outside, installed technology to restrict the use of cell phones inside the prison's grounds, charged officers and civilians who authorities allege attempted to smuggle contraband items inside the prison system, and have kept Lee on lockdown.

The state also moved 48 problem inmates to a private prison in MIssissippi, though officials would not disclose from where the inmates came.

Seven inmates were killed on April 15 at Lee, slashed and beaten in the nation’s deadliest prison riot in a quarter-century. Another 22 inmates were injured. No employees were hurt.

More: Fights, deaths and what followed: A timeline of events in and outside Lee Correctional Institution

Lawmakers in response have provided the agency $5 million for officer hiring and retention; $1.7 million for workforce services and services to aid the re-entry of inmates released back to society; and $3 million for security and detention systems equipment, Lee said.

The striking inmates see the issue as one of human rights.

"Prisoners understand they are being treated as animals," Jailhouse Lawyers said in its statement. "We know that our conditions are causing physical harm and deaths that could be avoided if prison policy makers actually gave a damn. Prisons in America are a warzone. Every day prisoners are harmed due to conditions of confinement. For some of us it’s as if we are already dead. So what do we have to lose?"

Part of the aim of the strike is to call attention to prison work programs that inmates allege are exploitative. They point to a clause in the constitutional amendment banning slavery that makes an exception for those convicted and punished for crimes.

According to the Incarcerated Workers Organizing Committee, which called for the strike, about half the nation's 1.5 million inmates have prison jobs of some type but are paid pennies per hour or nothing at all.

"We are legally slaves," the committee states on its website. "If you've been to prison you'd know we are treated like slaves. Billions are made annually off our backs. Outrageously priced or grossly inadequate privatized 'services' like health care, food, phone calls, assault our humanity — they feed us like animals, suck our families dry, and when sick leave us to die."

South Carolina offers several different types of work programs for inmates, officials told The Greenville News three years ago in a story about the programs..

In the traditional work program, inmates produce office furniture, mattresses, apparel and picture frames for sale, mostly to state and local agencies, as well as school districts. A spokeswoman for the agency said then that inmates in those programs must be disciplinary free and earned between $6.75 and $18.75 every two weeks, if they have had the job since 1998.

In the service program, inmates rebuild or upholster furniture for private- and public-sector customers, make license plates, refurbish golf carts, recycle textiles and assemble meter parts, among other services. Because the work is not considered manufacturing, inmate wages do not fall under federal minimum wage requirements. Inmates earn between 35 cents and $1.80 per hour.

A third program offered is the Prison Industry Enterprise Program, which involves manufacturing and paid inmates between $7.25 and $10 per hour in 2015. The inmates make signs, flooring and other items.

Inmates in all three programs pay deductions for taxes, room and board, and victims compensation, as well as for child support. The law also requires a 10 percent deduction for savings, available to the inmate upon release. Those serving life sentences can leave the savings to their estate or designate a beneficiary.

Black leaders argued then that the state's prison system and others "lease" prisoners to private companies, which use the labor to package or make goods and provide services in an arrangement that benefits the companies and the prison system, but does not adequately compensate the prisoners.

"Slavery has not gone away," the late Rep. Joe Neal, a Richland County Democrat, told a group of NAACP marchers in 2015. "We criticize China for using prison labor to manufacture goods that are then sold cheaply on the world market. We are doing the same thing in South Carolina."

Bryan Stirling, the state's director of prisons, argued then the programs are positive for inmates and communities.

Prison work programs, he said, are voluntary. They benefit inmates, he said, by training them in a marketable skill; benefit communities because those in work programs can be hired upon release; and benefit the prison system because it improves safety.

In fact, he told The News, prisoners in the state's work programs have a 10-percent lower recidivism rate than other prisoners. Also, the wages they earn help pay for child support, victim restitution and leave them with savings they can use when they are released.