‘They just sit and stare at me,’ Winston-Salem woman has wild problem in her back yard

Janet Nichols claims she has cougars in her yard prowling all over her property. 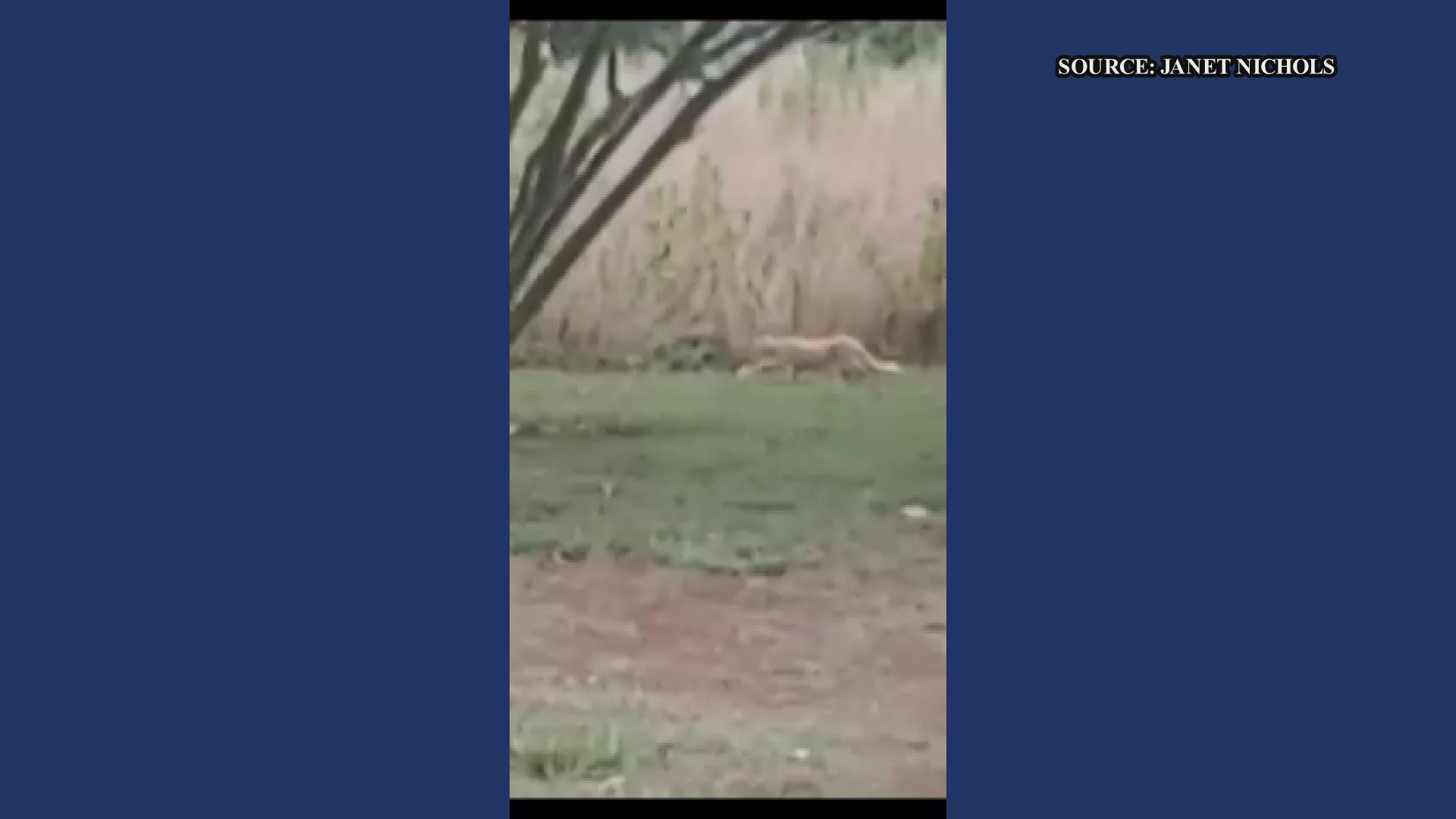 WINSTON-SALEM, N.C. — A Winston-Salem woman is dealing with a few uninvited guests in her backyard.

Janet Nichols claims she has cougars in her yard prowling all over her property.

“I mean, they ain’t bothering me," Nichols said. "They just sit and they stare at me the whole time. I was taping them. They were looking at me. I was on the porch over here and they were staring at me like crazy.”

She’s at a complete loss as to what to do about the big cat living in her yard. She’s already spotted it prowling around three separate times. She thinks the big cat is living just beyond her yard.

“They just go into that one spot, turn around, and go back into the woods," Nichols said. "And that one, he sits there and watches a man on a lawnmower for an hour just sitting there looking.“

WFMY News 2 reached out to the Forsyth County Sheriff’s Office. The sheriff’s office said cougars aren’t native to North Carolina. The North Carolina Wildlife said the same. They said cougars were once common in the southeast, but their population died out. However, people still report sightings and tracks all the time.

Even if it’s cougars in her yard, Animal Services said they can’t remove them. They said if animals aren’t rabid and are living in their natural habitat, they have to leave them alone.

WFMY News 2 reached out to the North Carolina Zoo. The zoo said,

"Looking at the video, it doesn’t look like any of the native cats of this area. One of the defining characteristics of cougars is their long tails, similar to what you see in the video. However, I wouldn’t want to definitely say yes or no it’s a cougar just from the video,"  Jennifer, Ireland Curator of Mammals for the North Carolina Zoo said.