"I spoke to other residents in the neighborhood, and they have stated this has been an ongoing issue for quite some time," the deputy reported. 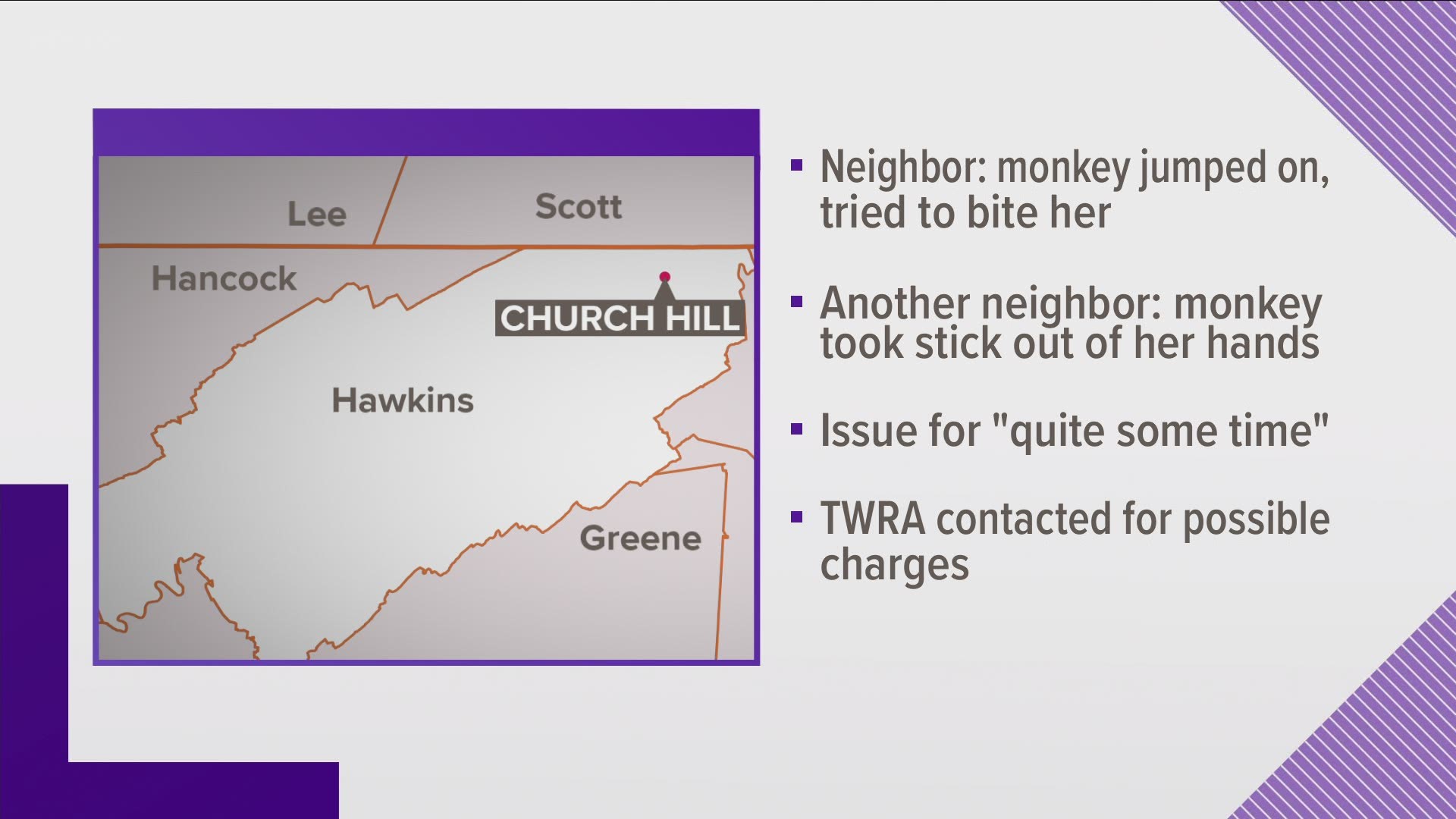 A woman in Church Hill said she was attacked by a neighbor's monkey, and other people in the neighborhood said this has been an ongoing issue for them, according to a report from the Hawkins County Sheriff's Office.

A deputy responded to a report of a monkey attacking people at a home off Nikki Circle Thursday around 7 p.m.

According to the deputy, the woman said she walked out to her driveway that night when a monkey jumped on her and tried to bite her. The monkey then jumped onto her car, which the deputy said he saw hand prints that "seemed consistent with a monkey" on the vehicle.

This wasn't the first time this has happened, according to neighbors. Another woman across the street said she also had a recent conflict with the monkey -- saying she tried to fend it off with a stick, but the monkey stole the stick from her and also jumped on her car.

She said the monkey ran back to the neighbor it belonged to, and she could hear them scolding it.

"I spoke to other residents in the neighborhood, and they have stated this has been an ongoing issue for quite some time," the deputy reported.

The HCSO said it would follow up with the Tennessee Wildlife Resources Agency for possible charges on a monkey running at large.

According to Matt Cameron with the TWRA, it's legal to own many small exotic primates in Tennessee.

"Unless it is a gorilla, orangutan, chimpanzee, gibbon, siamang, mandrill, drill, baboon, or Gelada baboon, it is not prohibited to be possessed by a member of the public and we would not regulate," he said. "The species I listed can only be possessed by permitted zoos, circuses and commercial propagators."