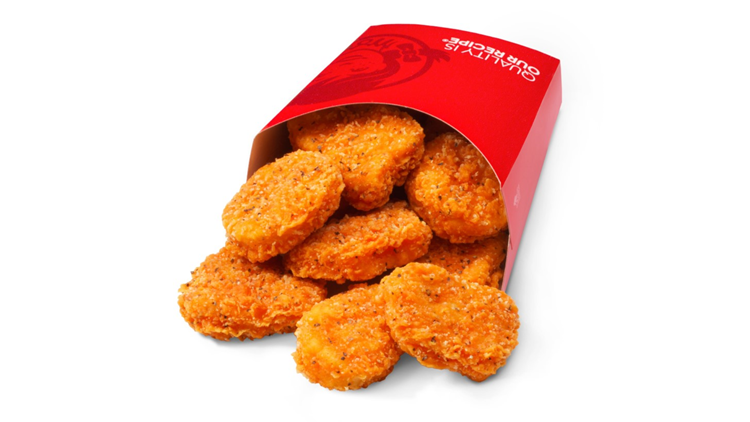 It took 2 million likes and a tweet from Chance the Rapper to make it happen, but Wendy's is keeping its word.

The fast-food chain announced in a tweet Monday that its popular spicy chicken nuggets will return Aug. 19.

It all started back in May, when Chance the Rapper tweeted his determination to convince Wendy's to resurrect the spicy nuggets, which disappeared from the chain's menu in 2017.

Wendy's replied to Chance the Rapper, agreeing to bring spicy nuggets back if its tweet received 2 million 'likes.' The internet stepped up, accumulating enough 'likes' in less than 48 hours.