That's what one Twinsburg man said happened to him after he took his car for a routine oil change. 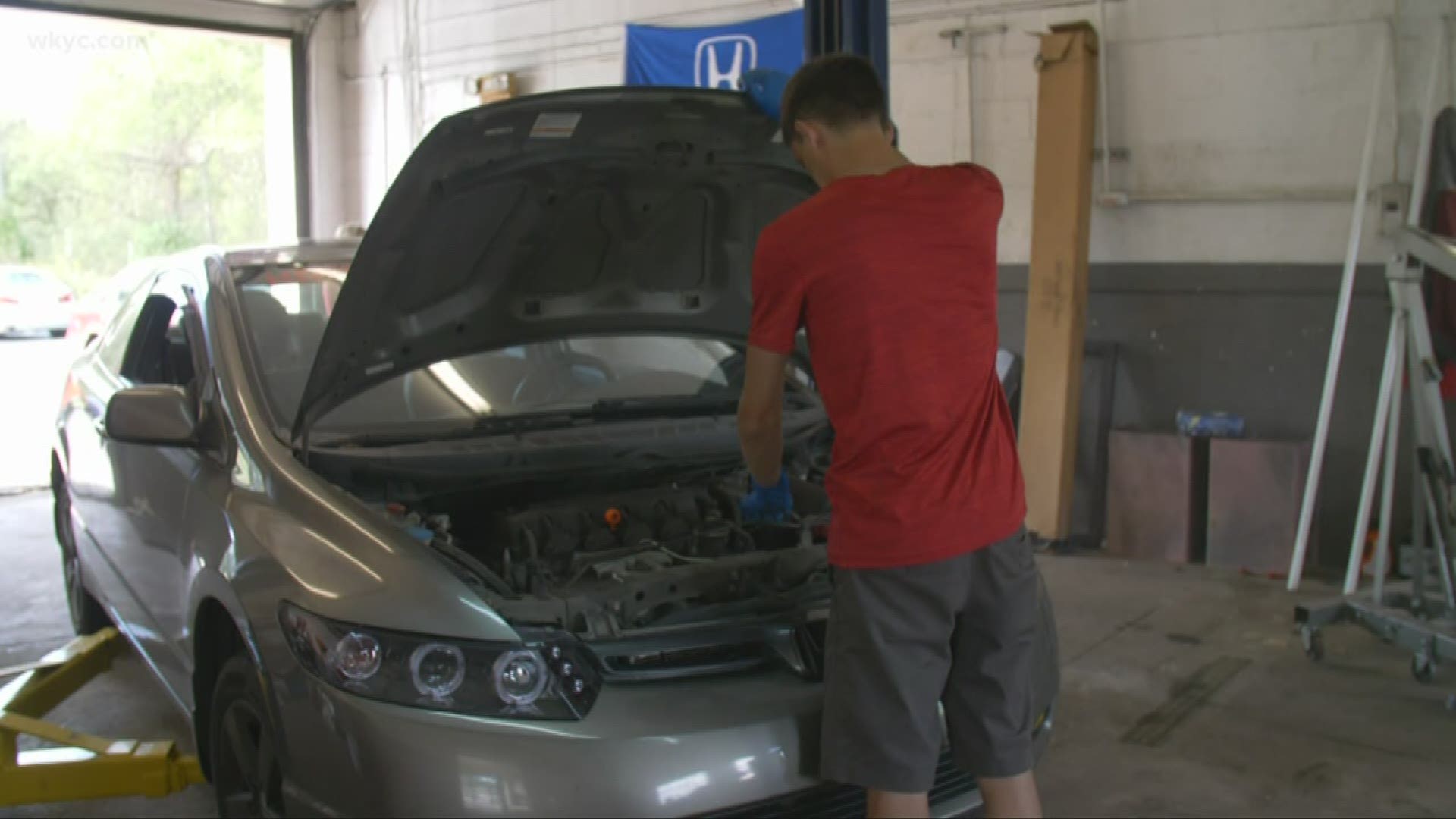 That’s what one Twinsburg man said happened to him after Take Five Oil Change forgot to put oil into his car, he drove off and his engine blew.

3 News Investigator Rachel Polansky started pulling the records, and uncovered this is not an isolated incident.

“The car started making noises, and then it just stopped,” said James Abrams, of Twinsburg.

Abrams said a routine oil change two weeks ago turned into anything but routine.

“We started to go up an incline, not even a quarter of a mile away, and from that point, the car completely stopped, it would not go in park, neutral, drive, anything,” Abrams said.

Abrams added that the problems started right after he left Take Five Oil Change in Twinsburg. After some back and forth with the Take Five manager, Abrams had his car towed to KDM Automotive.

“We pulled the drain plug and a quarter of a quart of oil came out, and that led us to believe there was no oil in the car,” said Dan Tenorio, co-owner of KDM Automotive.

Tenorio said it’s cut and dry -- they pulled the codes from the car, and the codes indicated oil starvation.

So, what should you do if you find yourself in this situation?

“Definitely save receipts to prove where you were and what they did,” said Sue McConnell, President of the Better Business Bureau Serving Greater Cleveland. “If you go to a third-party and they give you an analysis of what caused the problem, definitely document all of that. Try to get the other mechanic to put those comments in writing. Anytime you speak to someone, take note of when and who.”

McConnell also said it’s critical that you report it.

“It helps other people. Complaints at BBB are publicly posted, so your complaint and the company's response are there for other people to read,” said McConnell.

Don't be afraid to ask questions. Ask if the repair facility employees are ASE-Certified Automotive Technicians.

McConnell also recommends that you reach back out to the company, and ask for someone in authority.

“Try and speak to someone at a management level who has authority to handle this, and to make sure they know what happened to you,” McConnell said.

But Abrams says he’s tried that and nobody’s gotten back to him. 3 News also stopped by the Take Five in Twinsburg, but the manager didn’t want to talk with us.

We emailed corporate headquarters. A spokesperson said. “Customer satisfaction is of the utmost importance to us at Take 5 Oil Change. We take all customer claims seriously and review each one on a case-by-case basis in order to determine the appropriate resolution. We’ve been in touch with the customer to review the claim and are working to find a resolution.”

Abrams said he hasn’t gotten a call from Take Five.

“Customers don’t deserve it. And we should be treated a lot better,” he said.

3 News is staying on top of this story.

If you had an oil change that turned into needing a new engine, we want to know about it. Email RachelPolansky@wkyc.com.