With no pulse for more than 30 minutes, Minnesota native survives thanks to quick action

Three medical professionals step up when Erik Sanders goes down during a mountain race. 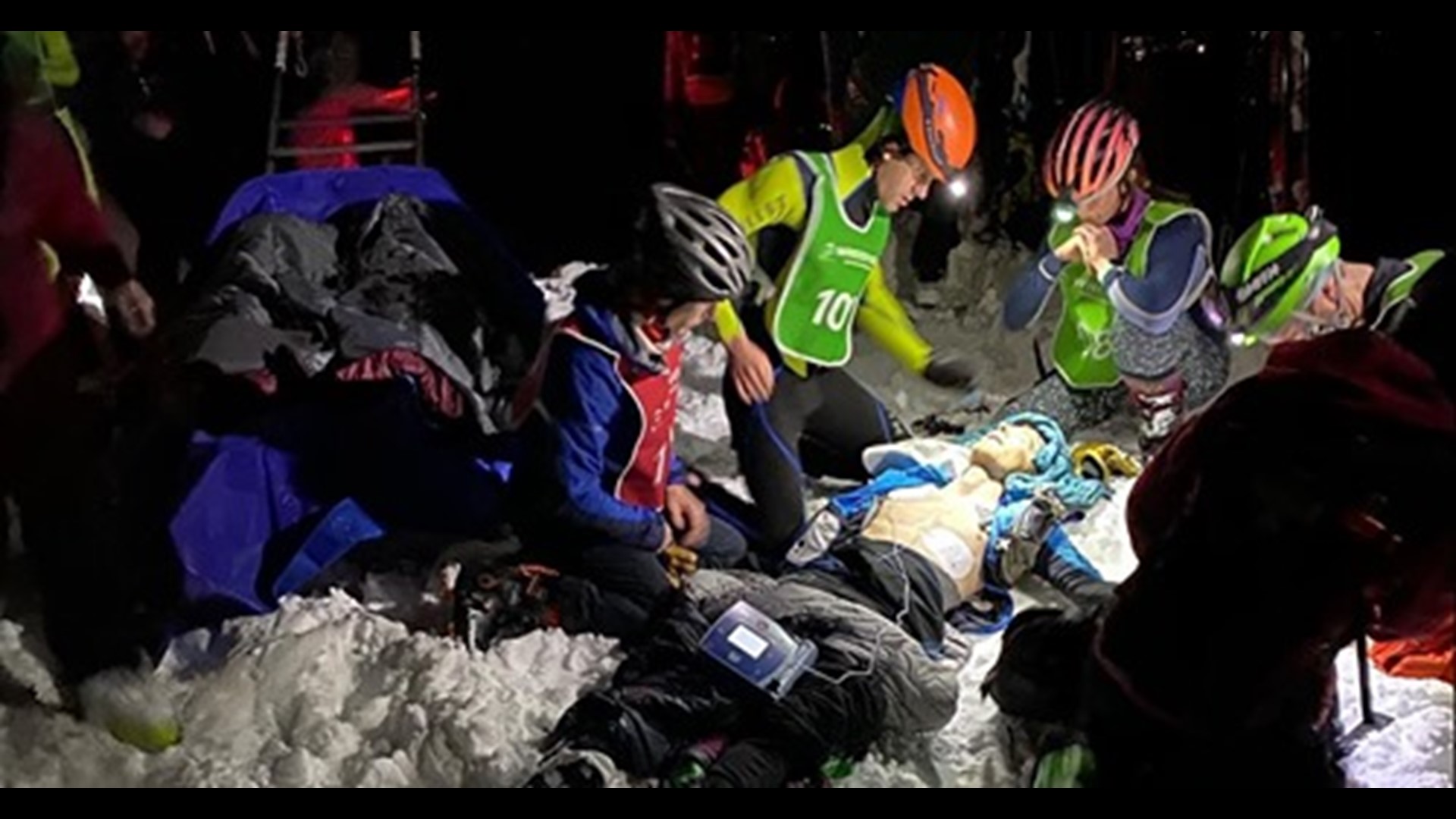 BURNSVILLE, Minn. — For a guy who grew up in relatively flat Minnesota – then attended college in even flatter North Dakota – Erik Sanders has a thing for mountains.

“That's where I feel the most alive,” the Burnsville native says.

So, after work stints in Colorado and Arizona, Erik found himself again working among the mountains of Montana, where last month he started a ski mountaineering race that ended sooner than he expected.

“You know, I don't really remember,” the 31-year-old says when asked about his race.

He doesn’t remember starting it.

Nor can recall collapsing in the snow.

Erik does know the perfect three people were racing right behind him.

Tyler Hoppes is an emergency physician.

Pete Heyboer is also a physician.

Rachel Desimone is a nurse practitioner.

Last month, at Whitefish Mountain Resort, the trio combined their medical skills to save Erik’s life.

Tyler was the first to realize the gravity of Erik’s situation.

“He did not have a pulse and I started chest compressions right away,” the doctor says.

Switching off, the three medical professionals continued CPR until a defibrillator arrived.

They continued when the defibrillator failed to bring back Erik’s pulse.

They continued with CPR even as they rode in the ski patrol toboggan taking Erik off the mountain.

At one point, the toboggan hit a bump, bucking off Pete. Tyler did a running jump, as Pete tells it, “to get back on and climb on and continue chest compressions for the rest of the ride down.”

All the way to the ambulance, “he was still getting continuous CPR,” Rachel says.

“They poured everything out to save my life,” he says,

Tyler, Pete and Rachel estimate that 30 to 40 minutes passed with no detectable pulse from Erik.

No pulse, but Erik does have one memory.

But his rescuers weren’t having it.

In the waiting ambulance, they administered a drug called epinephrine. Finally, Tyler, Pete and Rachel found a pulse.

“I think we all knew we had to give him a chance and not give up our effort for him,” Tyler says.

Erik spent a week in the hospital.

His parents flew in from Minnesota.

Today, he’s home with them in Burnsville, continuing his recovery.

Erik is hopeful genetic testing may hold the keys to explaining why his heart stopped. He’s awaiting results.

The day he was discharged from the hospital, Erik was back at the ski resort thanking the people who saved his life.

“To bring me back to life, I owe them everything,” he says.

The mountains may have lured Erik, but his newfound friends brought him back.