Heather uncovered it while digging a new garden with her teenage son – what she described as an arrowhead, buried just 6-8 inches deep in the soil. 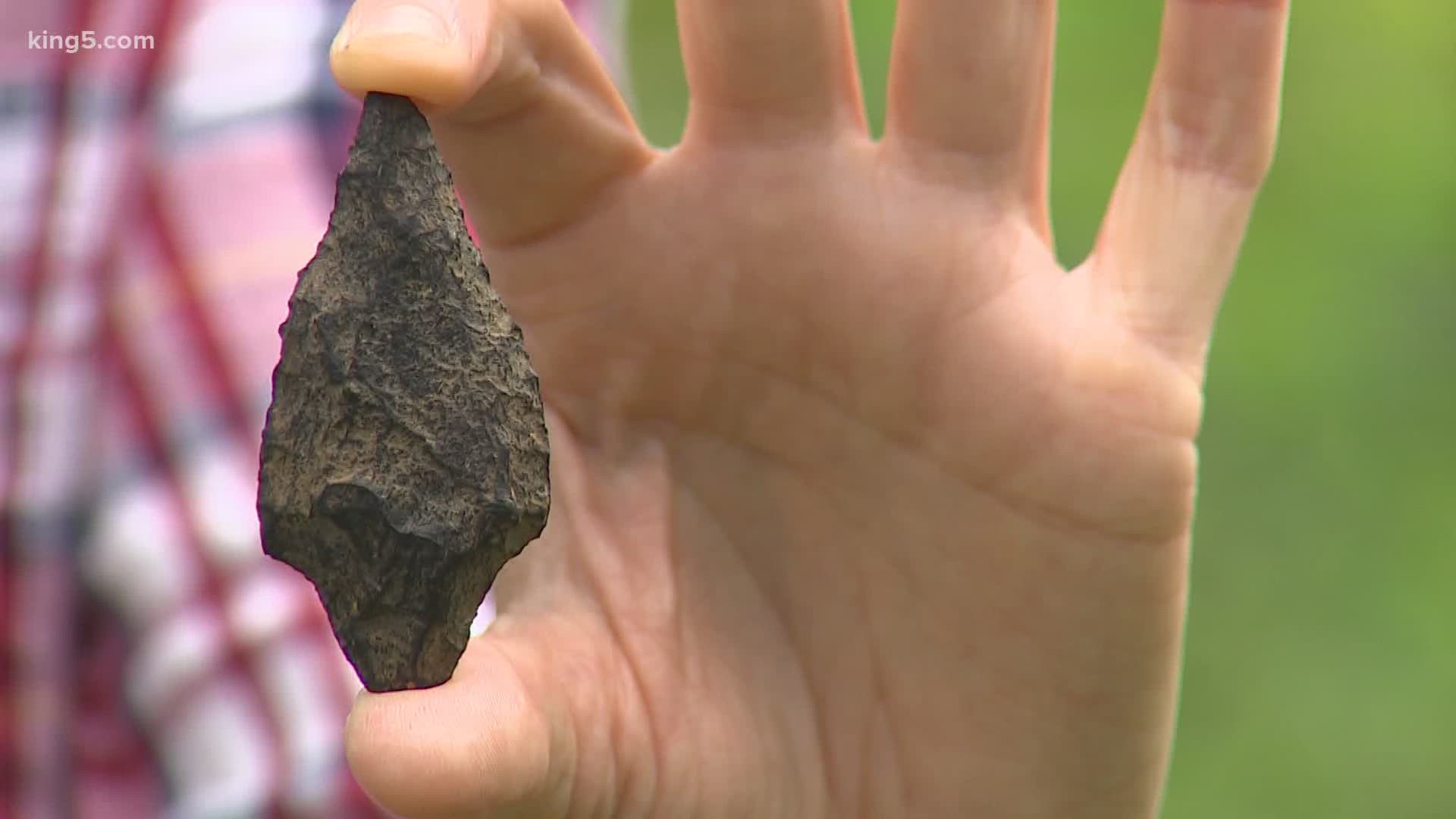 SHORELINE, Wash. — A Shoreline woman found what appears to be a piece of ancient history hidden in her backyard.

Heather uncovered it while digging a new garden with her teenage son. She described it as an arrowhead, buried just 6-8 inches deep in the soil.

She sent pictures to the University of Washington Burke Museum of Natural History and Culture, where experts said they believe it to be a "large stemmed projectile point," in an email she shared with KING 5.

They told her it’s likely between 2,500 and 4,000 years old and was used for hunting "large terrestrial animals like deer and elk." What projectile it might have been attached to is tougher to say.

A surprising find to say the least.

“That’s amazing to think something six inches under the ground could be 4,000 years old, and I just randomly picked it up, tossed it aside,” she said. “Could have easily lost it and never known.”

“It gives me goosebumps because it’s so neat,” Heather added.

She said if not for social distancing forcing more time at home, she would never have discovered it. And now she’s thinking about what might have happened in her yard all those years ago.

Heather said she hasn’t decided what to do with it yet – but the Burke offered to take a look at it once social distancing measures end.

Cecile Hansen of the Duwamish Tribe said any artifacts in the area would “certainly be from our people.”

The Burke Museum notes on its website that, "the Coast Salish-speaking peoples have lived in what is present-day western Washington and southwestern British Columbia for more than 10,000 years."