Herman Mehling, 98, makes dozens of Jesus signs each week that he and his friends give away to spread hope. 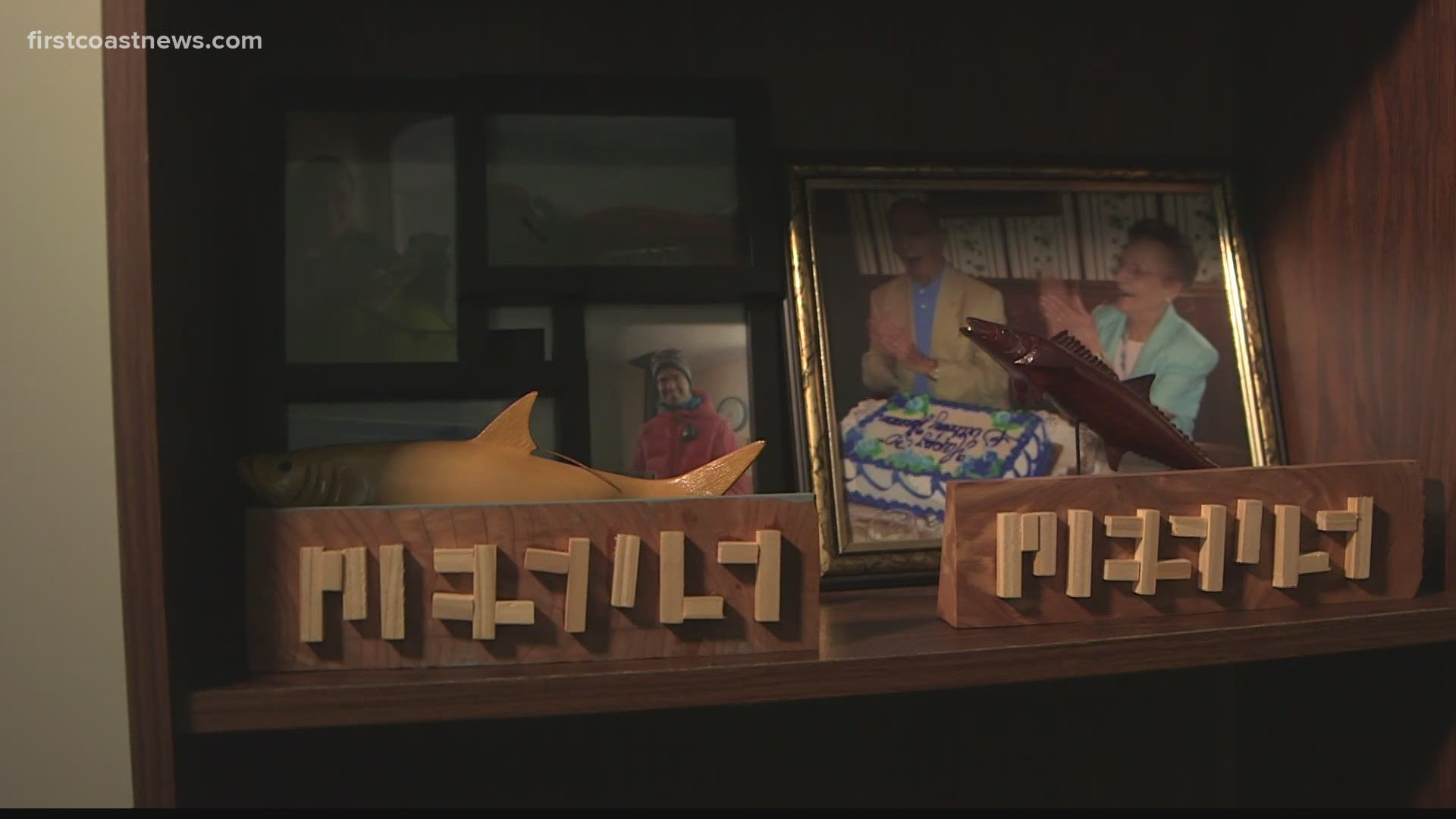 ST. AUGUSTINE, Fla — A World War II veteran is spreading hope around the world one sign at a time.

“When they first get it in their hand, I can't read it myself,” Mehling said.

At first glance, it can be hard to tell what his signs spell.

“You got to get back roughly four or five, six feet. And then your eyes, zero in on it, and you know what word it is,” Mehling said.

It was a friend who first showed him a Jesus plaque.

“I brought it home, and we put it on our bookcase," Mehling recalled. "It sat there for nearly 30 years I guess>"

Over the years, his love for working with his hands grew from making birdhouses to now these Jesus signs.

First Coast News first met Mehling about five years ago when he was making the signs in his garage. He now makes them in his room at Riverside Cottages at the Shores, the assisted living facility where he lives in St. Augustine.

“Now that I'm here, I make more than I ever made because I have nothing else to do,” Mehling said with a laugh.

During the COVID-19 pandemic, he has made upwards of fifty Jesus signs a week.

“Some days maybe eight or ten, other days maybe I make fifteen or twenty,” he explained.

He gives them to everyone he meets.

“In fact, Urban Meyer, the football coach, who I'm sure you know, he has one in his kitchen,” Mehling said.

“It’s a fun way for people to figure out,” Joe Moore said. “It’s like a puzzle. And when they get it. So what's the first thing they usually say? 'Wow, I see it! Jesus!'"

Friends like Joe Moore helped collect supplies for Mehling over the years and helped spread his signs all around the world.

“They've been given out in Africa, Australia, even in Antarctica, and states all across the United States,” Moore said. “Thousands of them have been made by Herman, one sign at a time by him. A labor of love.”

It's a small sign that Mehling says has a big impact.

“They see that every day,” Mehling said. “It keeps their mind more focused.”

“The impact this 98-year-old man is making around the world is incredible,” Moore said.

Not wasting a single day, Mehling has no plans of slowing down.

“I think it has given a lot of people hope,” Mehling said.

If you would like one of Mehling’s signs, you can email Joe Moore at josephmoore7@comcast.net.

I can’t wait to share Herman Mehling’s story with you tonight. He’s a World War II veteran who is spreading hope around the world. You can see his story tonight at 5:30pm on First Coast News.