The Santee native has won his first Super Bowl with the Kansas City Chiefs, and his community back home is thrilled. 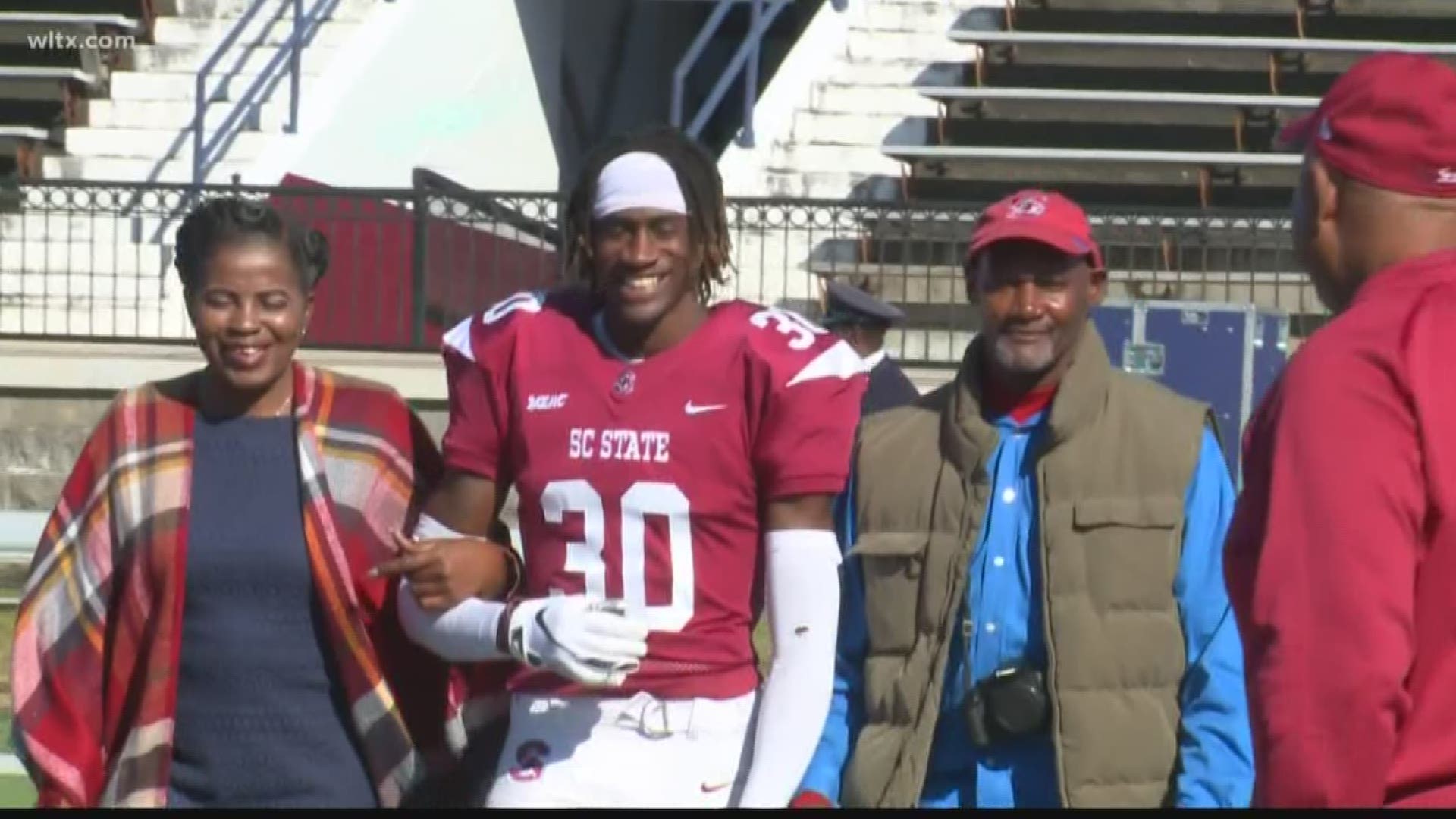 Now, the award-winning athlete has won his first Super Bowl with the Kansas City Chiefs, and his community back home is thrilled.

Brown, who graduated from S.C. State in 2019, is already shaping up to have a promising career.

The rookie cornerback has already won the highest honor in football. But for folks in Orangeburg County, his success represents more than great athleticism.

RELATED: Chiefs are Super Bowl 54 champions after another big comeback

"It felt good to know a kid from right here at the school your kids go to can make it and succeed, and can come back home and tell everybody about it," says Andre Smalls, a mechanic in the area. "It’s wonderful!"

Others appreciate how the youth will benefit from Brown's success

"It’s great for the community, especially younger folks in the community, because most people overlook us," says Allen Sumpter, another man who lives in Orangeburg County.

Brown played high school football at Lake Marion High School, then went to S.C. State, where he was played under Head Coach Buddy Pough, who had a profound impact on Brown's career.

"Brown was a guy who earned everything’s he’s gotten," Pough said. "You know he was a developmental guy. He started as a reserve and kept getting more play, and by his senior year was one of the best on the team."

"Alex is the type of guy that you want your daughter to marry," Pough said. "He’s clean as a whistle. He’s a hard worker, and he was a leader for us. And I’m sure he will be for that for the team he’s on now."