The Gamecocks' late rally came up short, and now they've got a tough road to try and get to a bowl game. 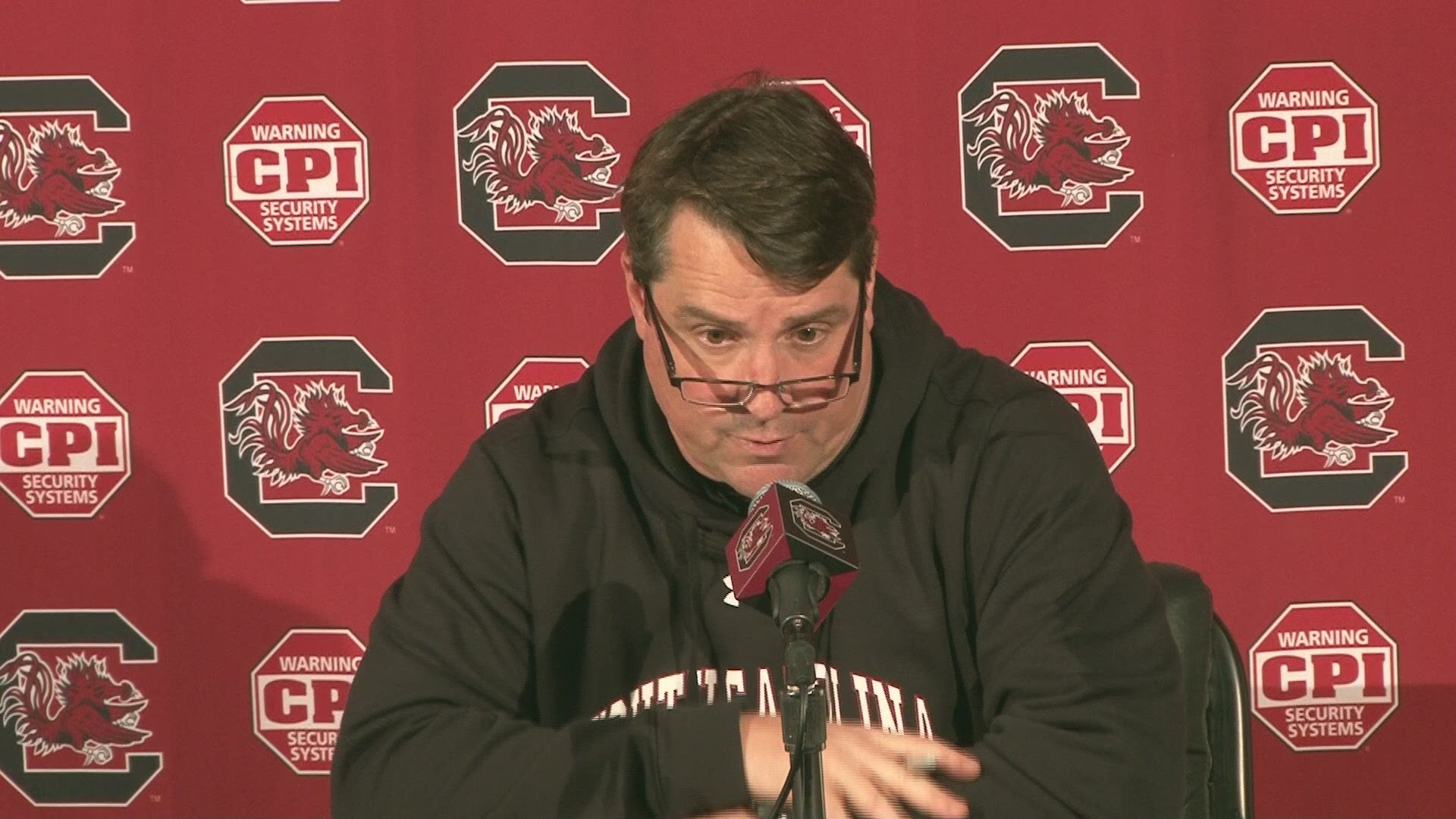 COLUMBIA, S.C. (AP) — Zac Thomas ran for a touchdown and Nicholas Ross scored on a 20-yard interception return as Appalachian State beat its second Power Five program of the season — and first from the Southeastern Conference — with a 20-15 victory over South Carolina on Saturday night.

The Mountaineers (8-1) were ranked No. 20 and undefeated with a chance to play in the Cotton Bowl before last week's 24-21 home loss to Georgia Southern. They bounced back in the best way possible, holding off a late rally by South Carolina and adding this Power Five takedown to their 34-31 victory at North Carolina on Sept. 21.

Bryan Edwards had a 23-yard touchdown catch to draw the Gamecocks (4-6) within five with three minutes left. The Gamecocks drove to the App State 9 with 11 seconds left. But after a South Carolina holding penalty, Hilinski's pass to the end zone was long in Appalachian State's latest landmark victory.

As the Mountaineers did after stunning fourth-ranked Michigan in 2007 and the Tar Heels back in September, they rushed the field in celebration.

South Carolina's chances of making a bowl took a serious hit. The Gamecocks now must win at Texas A&M (something they've never done) and No. 4 Clemson in their final two games to make their fourth postseason trip under coach Will Muschamp.

Things turned right before halftime when Hilinski's hard throw over the middle bounced off Xavier Legette's hands and was intercepted by safety Nicholas Ross and returned 20 yards for a touchdown to put Appalachian State ahead for good 13-6.

Hilinski, the Gamecocks freshman, had not thrown a pick in his past five games until Ross got the deflected ball and took it in for the score.

Appalachian State defense took away what was expected to be the Gamecocks biggest edge in the run game. Season starter Rico Dowdle, who had missed the previous two games with an ankle sprain, had zero yards on 10 first-half carries in his return.

The Gamecocks came in averaging 184 yards a game on the ground but gained just 21 on 27 carries. South Carolina played without leading rusher Tavien Feaster, who sustained a groin injury last week.

South Carolina: Muschamp had touted this as his deepest, most talented group this summer. But the Gamecocks continue to confound as they struggled to make plays on both sides of the ball. It was the third time in four games, South Carolina was outplayed in the second half of losses with a chance to win the game. Florida outscored the Gamecocks in the fourth quarter while Tennessee had a 24-0 advantage in the second half. Add the Mountaineers to the list.