This weekend's series on the diamond between the Gamecocks and Tigers is now on a two-game schedule after Friday's opener was postponed due to rain in the Upstate. 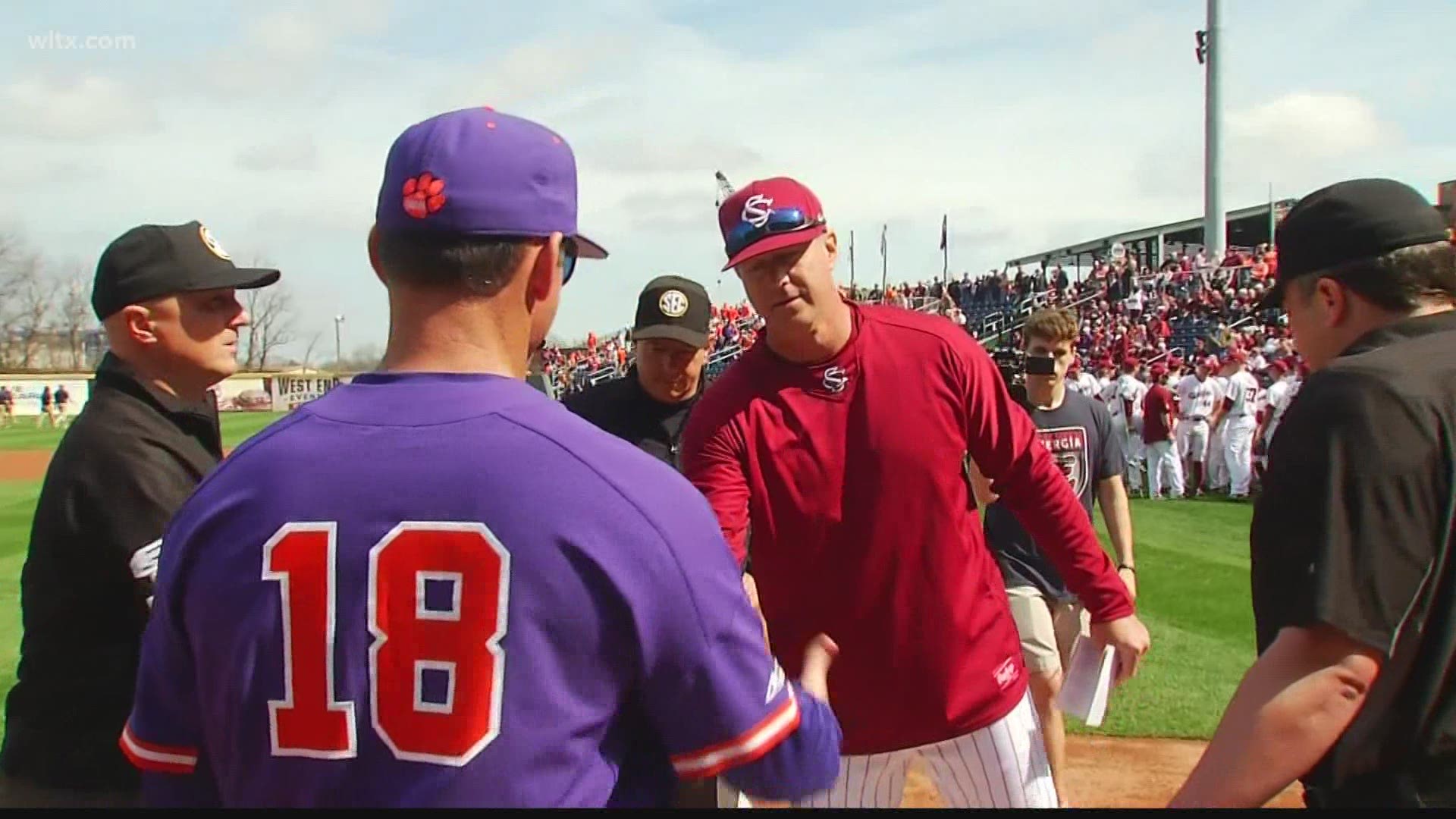 COLUMBIA, S.C. — The baseball series between the Gamecocks and Tigers has been adjusted after rain washed out Friday's contest at Doug Kingsmore Stadium.

Game one will now take place Saturday at Fluor Field in Greenville. The start time is set for 4:00 p.m.. Sunday's game in Columbia at Founders Park will begin at 1:30 p.m.

The series' third game will now take place on Tuesday, May 11 at 6 p.m. at Doug Kingsmore Stadium.

When the first pitch is thrown Saturday in Greenville, it will mark the first contest between the Gamecocks and Tigers in this academic year from one of the big four sports at the respective universities. COVID-19 caused the annual games involving football and men's and women's basketball to be cancelled.

But South Carolina head coach Mark Kingston and Clemson's Monte Lee have been talking at length these last few months to make sure this series gets played. Both men feel it's important for the fans and for college baseball in the state for one of college baseball's best rivalries to be contested.