Alex English has the hat trick with jersey retirements 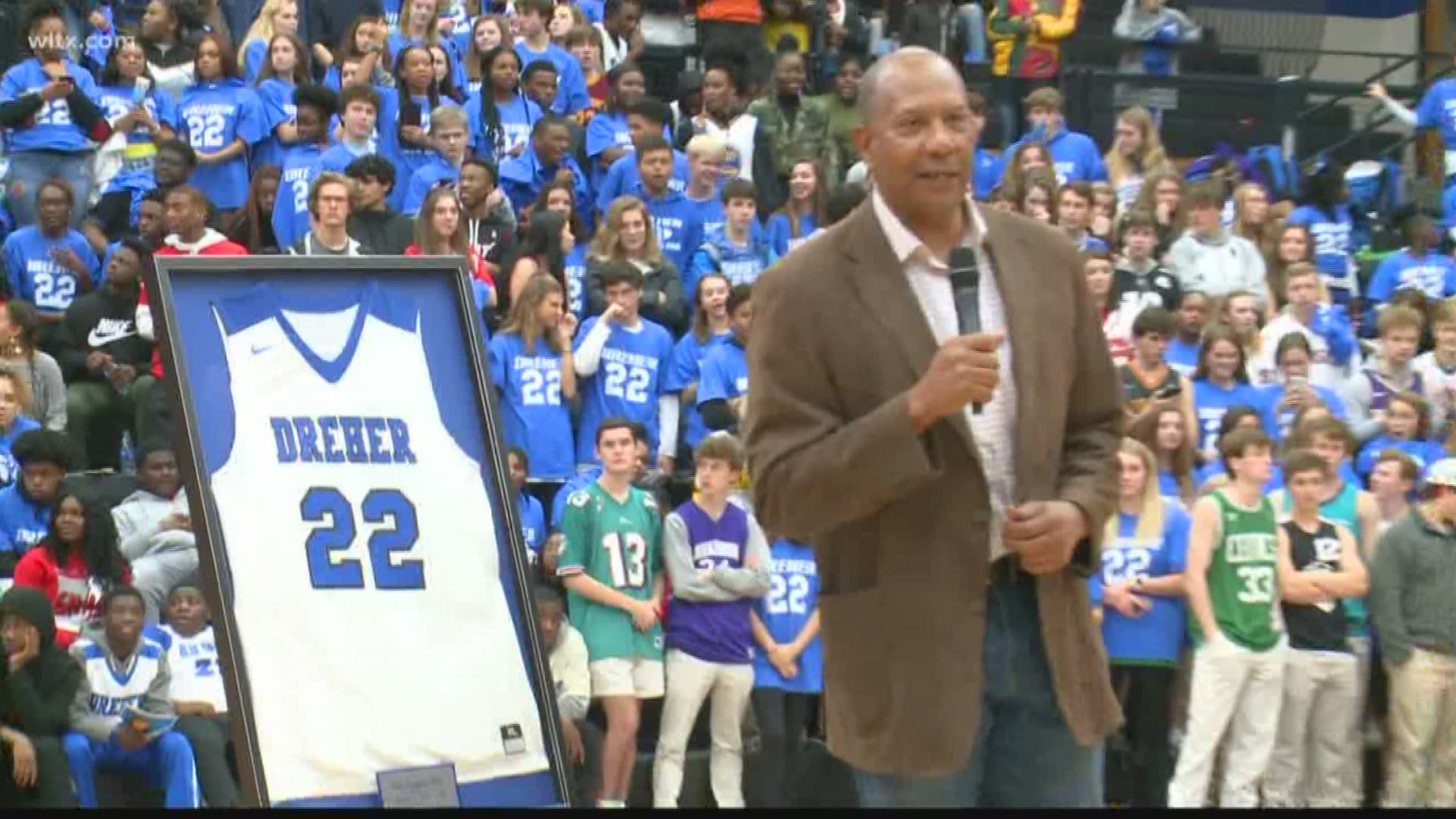 He's a Basketball Hall of Famer who is one of the greatest athletes ever to come out of the Palmetto State.

Alex English was an eight-time NBA All-Star for the Denver Nuggets who retired his #2 jersey. His #22 South Carolina jersey has also been retired for a number of years. But his high school jersey had not been given that treatment until Friday night. Dreher athletics director Jeff Dibattisto unveiled the framed blue #22 jersey that will be hung in honor of Alex's fantastic accomplishments at Dreher and beyond.

The Friday night ceremony took place at halftime of the boys game with Lower Richland. Gamecock head basketball coach Frank Martin was there along with Alex's family along with friends and teammates from high school and college.

Alex graduated from Dreher in 1972 and embarked on a four-year run at South Carolina where he left as the program's all-time leading scorer.

That led to a 15-year career in the NBA that began when he was drafted in the second round of the 1976 NBA Draft by the Milwaukee Bucks. He also had a stop in Indiana before his 10-year career in the Mile High City where he was an eight-time All-Star for the Nuggets and the 1983 scoring champion.