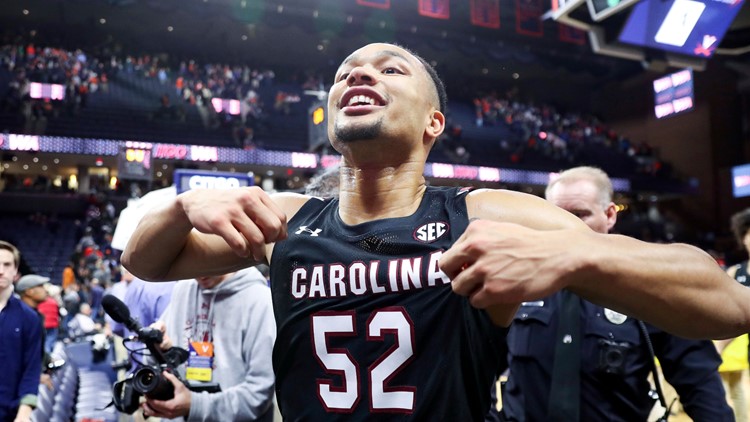 Jair Bolden has found his landing spot and it's in Indianapolis.

Bolden has committed to play his final season at Butler University according to Stadium's Jeff Goodman.

Bolden is scheduled to graduate from South Carolina this year and will enroll at Butler as a graduate transfer which means he can play immediately without sitting out a year.

After spending his first two seasons at George Washington Bolden transferred to USC and after sitting out a year per NCAA transfer rules, the redshirt junior played in all but one game with 15 starts.

Bolden averaged 8.5 points, 2.4 rebounds and made 41.2 percent of his three-pointers this season.

Butler finished 22-9 this past season, 10-8 in the Big East which was good enough for fifth in the 10-team conference.