The facility will host the SCHSL state championships for high school hoops in the first week in March. On Saturday, it was the site for USC Aiken's game with FMU. 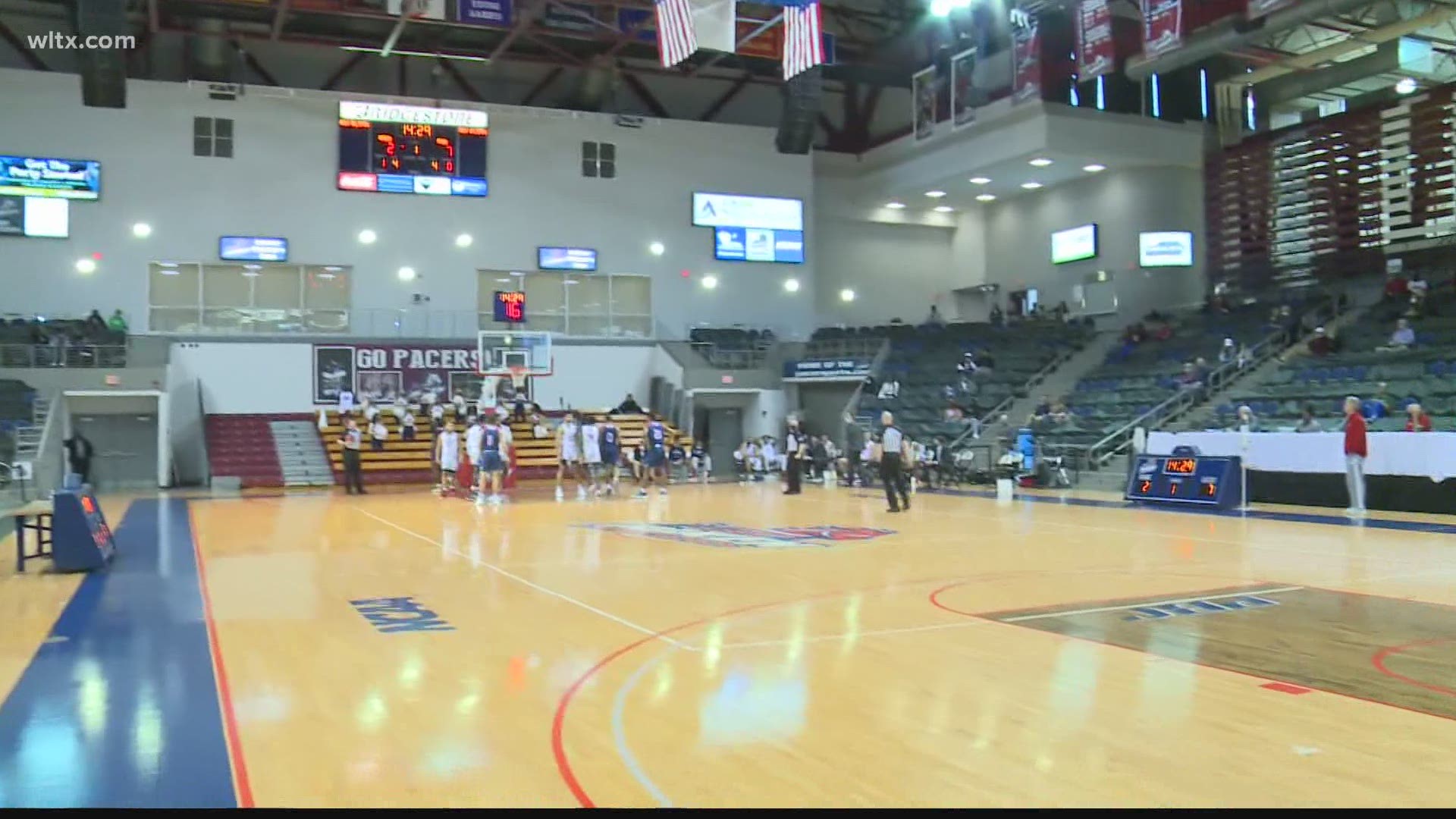 AIKEN, S.C. — On Friday, the South Carolina High School League announced the USC Aiken Convocation Center will be the site for the state championship games for high school basketball.

The first day of competition is Wednesday, March 3 and will conclude Saturday March 6.

On Saturday, the building's usual occupants, the USC Aiken Pacers, were in action hosting Francis Marion University. The Patriots have a guard who knows what it's like to play for state titles. Ridge View product Ja'Von Anderson is in his first season in the FMU program. He is averaging 5.6 points per game and 2.5 rebounds. In Saturday's game against USC Aiken, Anderson provided eight points, three rebounds and two steals in a hard-fought 73-70 loss to the Pacers.

Anderson has scored a season-high 11 points against UNC Pembroke and Flagler.