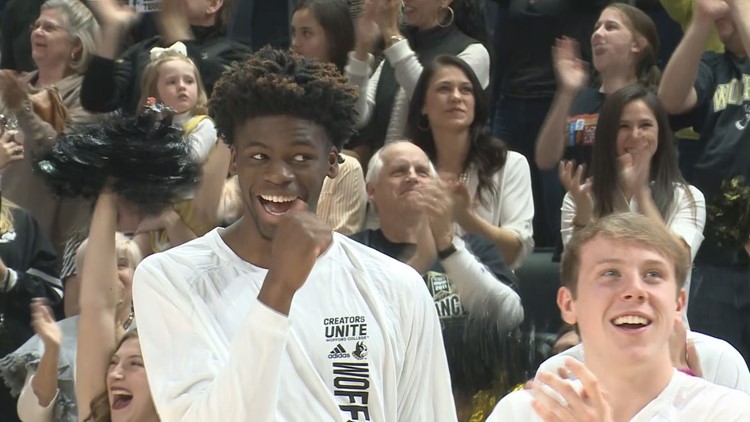 After establishing himself as one of the better big men in the Southern Conference, Chevez Goodwin will take his talents to another school for his final season on the college level.

Goodwin is leaving Wofford College and will be a graduate transfer which will allow him to play immediately at his new school.

A member of Hammond's 2015 state championship team as a junior, Goodwin spent one year at the College of Charleston before transferring to Wofford. He had to sit out the 2017-2018 season due to NCAA transfer rules.

In the 2018-2019 season, Goodwin was a part of Wofford's historic season which featured the first NCAA Tournament win in school history, a school-record 30 wins and a final rankiing of 18th in the USA Today Coaches. He averaged 4.3 points and 4.3 rebounds in 13.3 minutes per game.

This past season as a redshirt junior, Goodwin improved his statistics dramatically. He was the second leading scorer (11.9 ppg) and the leading rebounder (6.2 rpg). He averaged 21.8 points per game and started all 35 games.

Among the programs looking at Goodwin are Georgia, Wichita State and Virginia Tech. The Hokies of VA Tech are led by former Wofford head coach Mike Young.