Duke icon says the time is right to call it a career after what will be 42 years at Duke. 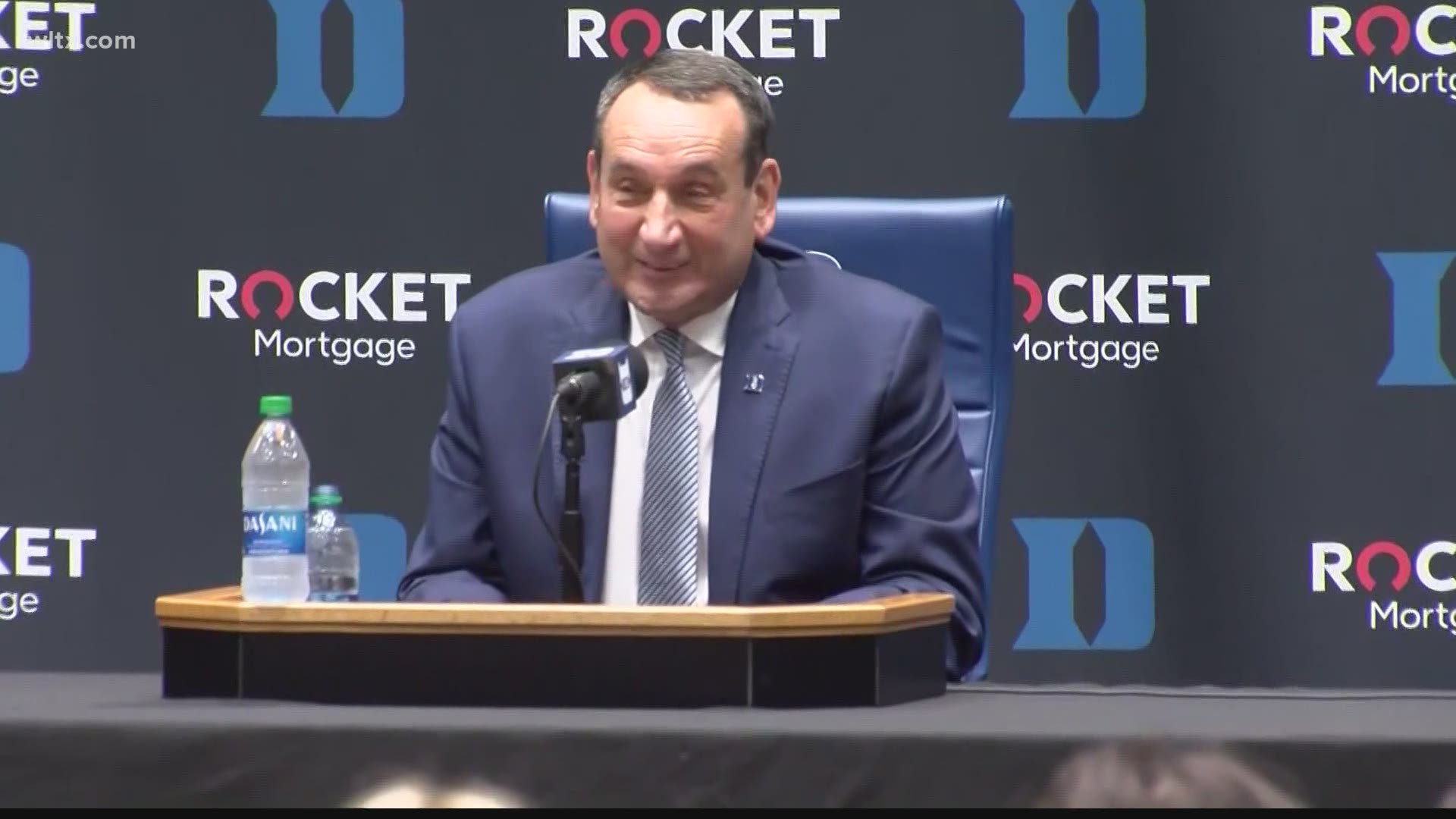 DURHAM, N.C. — DURHAM, N.C. (AP) - Duke’s Mike Krzyzewski says he feels the time is right to step away from a Hall of Fame coaching career. He's also eager to get back on the court for a final run after a bumpy year.

Krzyzewski held a news conference Thursday on the Cameron Indoor Stadium court bearing his name. The winningest coach in the history of Division I men's college basketball announced a day earlier that next season will be his last with the program he built into one of college basketball’s bluebloods.