The non-conference schedule for South Carolina State has plenty of star power. 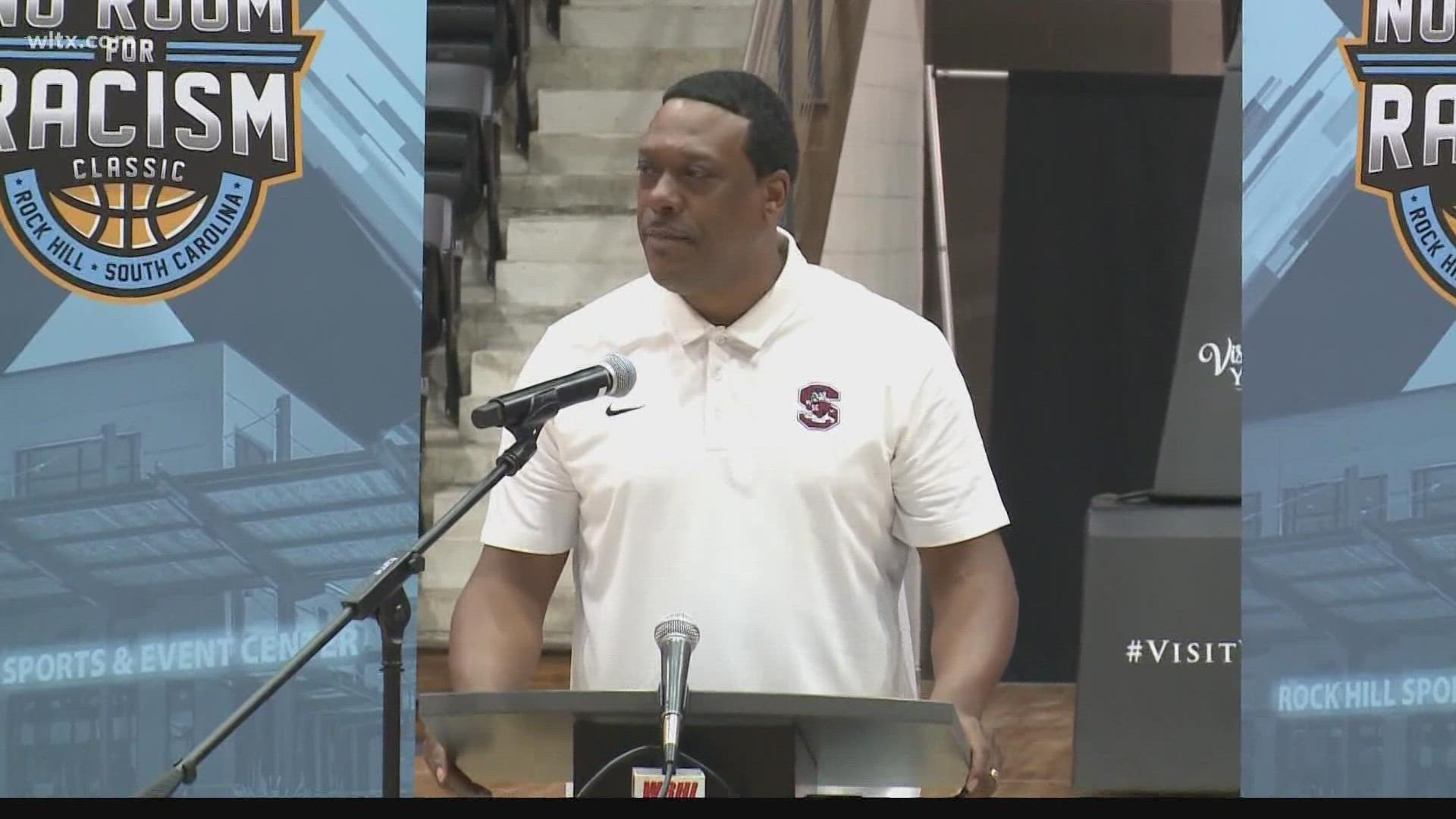 ROCK HILL, S.C. — Tony Madlock's first season as the head basketball coach at South Carolina State will feature a non-conference schedule that will take him courtside with Tubby Smith and Coach K.

The Bulldogs are one of the teams competing in the No Room for Racism Classic in Rock Hill from Dec. 10-13.

S.C. State will open the event on the 10th with a contest against High Point which is led by the former Georgia and Kentucky head coach. A former assistant coach under George Felton at South Carolina, Smith won a national title at Kentucky.

Madlock will also lead the Bulldogs on a trip to Durham when they will face Duke on December 14. This season is the last for Hall of Famer Mike Krzyzewski who has won five national championships at Duke and has been a national figure in college hoops for four decades.

Another first year head coach in the Rock Hill event is the hometown Winthrop Eagles who are led by Mark Prosser. The new coach has been very impressed junior guard and Westwood product Russell Jones, Jr. A 5-8 guard, Jones is a very popular player and Prosser says Russell has already shown that he's ready for a bigger role in this upcoming season.