Being at Carolina is a dream come true for Justin Stepp

The Pelion native said Wednesday that he feels right at home in his new role as Wide Receivers coach at USC. 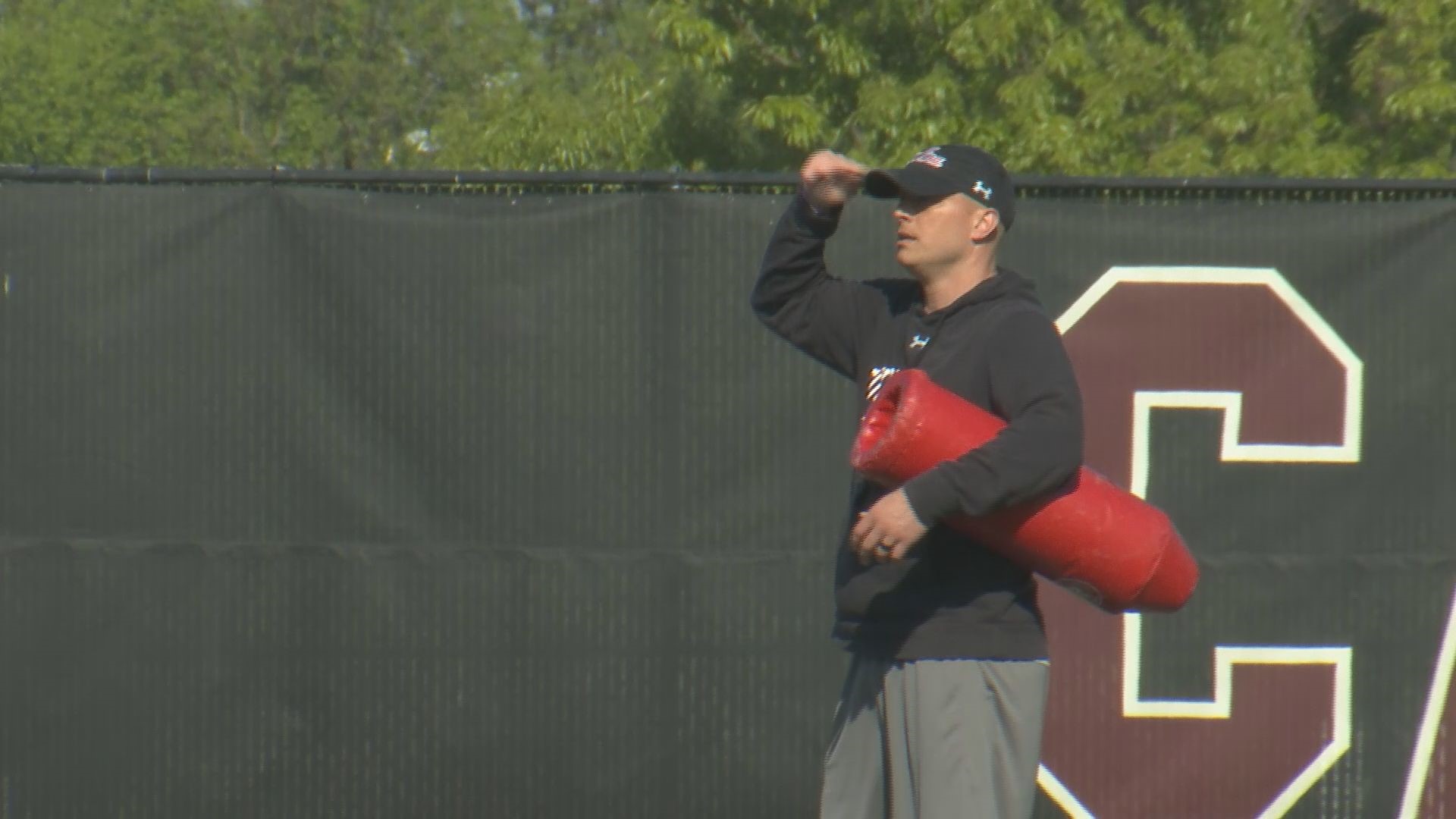 COLUMBIA, S.C. — With spring practice in full swing, one Gamecock assistant is ecstatic about not only being back on the field, but also being back in the Soda City.

Pelion native and New USC Wide Receivers Coach Justin Stepp was one of the first additions to Shane Beamer’s staff at Carolina after spending the last three seasons at Arkansas.

When he arrived to Carolina in January, Stepp said that he grew up idolizing the Gamecocks and always wanted to either play for or coach at USC.

“I still run by the student gate at the stadium, and think to myself man I used to go to that student gate in 10th grade, trying to watch the Gamecocks, to be here is a dream come true.” Stepp said Wednesday.

“I’m just extremely happy, everyday is a dream come true for me, I’m just happy to be here.” Stepp said.

This spring, Stepp is leading a young core of Gamecock wide receivers.

Despite their lack of game reps, Stepp says he’s been impressed with the group’s progress as a unit and is confident in each player’s ability to succeed this season.

“I’m really excited about our group, can’t say enough about how hard they work, they’re a hungry group and want to work hard, and that’s all you can ask for as a coach.” Stepp said.

Gamecock WRs Coach and Pelion native @coachjstepp on what being a coach at Carolina has been like so far.

He says that being at USC is giving him a chance to live out his boyhood dreams.

"There is not a luckier guy in the country than Justin Stepp."@WLTX #Gamecocks pic.twitter.com/U15OrdEU1H