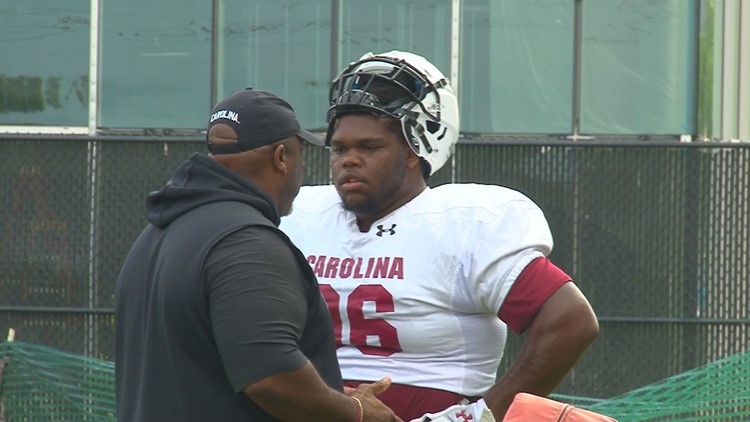 The Gamecock athletics department released a statement Monday afternoon in reference it seems to a video which surfaced from Josh Belk saying the coaching staff threatened to pull his scholarship after he didn't want to workout with a fractured back.

"The University of South Carolina is committed to providing all of our student-athletes with high-quality, comprehensive health care from nationally recognized surgeons and athletic trainers. Additionally, as stated in the Gamecock Student-Athlete Promise, all athletically-related scholarships provided to incoming freshmen are four-year agreements and coaches cannot withdraw scholarships because of medical reasons. Due to federal HIPPA laws, the University cannot comment about medical treatments or issues with any specific student-athlete."

He released a video over the weekend saying he fractured his back and the Gamecock's coaches threatened to pull his scholarship if he didn't continue working with the team while injured.

He battled a few injuries while trying to get his weight down. Will Muschamp said last season Belk dealt with an ankle injury and never mentioned anything about a back injury.

Belk said in the video he had muscle spasms in his back and couldn't lift a lot of weight. After an MRI, he says he has a back fracture in three places.

"So, three days after they said my back was fractured, I got a text saying come in and work out. Work out? My back's fractured. I was like, 'what's the deal with that?' They explain it to me and I try it out and I can't do it. I can't workout right now with my body. that was the point in time I started standing up for myself and looking ahead," Belk says in the video. "I didn't, then after about a week they called me. I was still doing my treatment and they told me i need to meet with the head coach. When that happened, they were like, 'If you don't lift, we're going to take your scholarship at the end of the semester. What kind of stuff is that, man? I'm injured and you want me to lift? You're threatening to take my scholarship for that. How? At that point I was like, it is what it is."