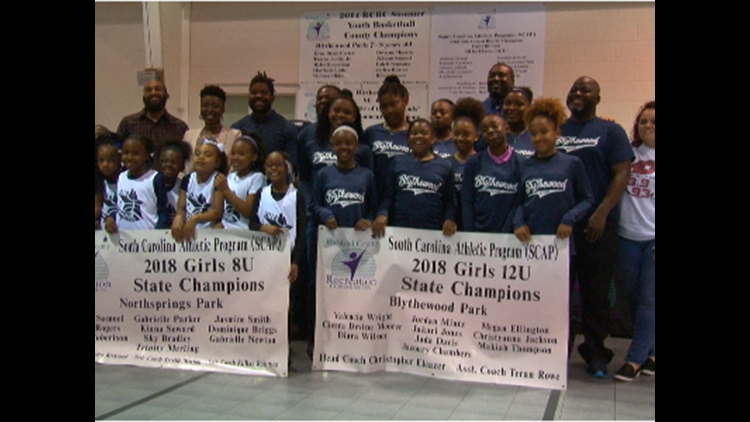 The 8U and 12U girls of the Richland County Recreation Commission won the South Carolina Athletic Program state titles this season.

You can tell the comradery and the closeness of the teams because all of the players have their nicknames on the back of their team shirts and have executed their roles as a team and we're able to bring back championships.

Westwood star Unique Drake won a district title in this program a few years ago as well and see is receiving major division-I offers and interest.

First year commissioner Jermaine L. Johnson, a College of Charleston product, who played professional basketball, says these girls are the future of women's basketball in the state and they have great example to follow.

"Well it's an amazing especially in a time when we're thinking about A'ja Wilson and all that shes' done for our state, our country and our city. To see these young girls to see what they accomplished is an amazing feeling and I know want my daughters to follow in their footsteps," Johnson said.

The commissioner also added that this could be the first of many banners hanging up in Blythewood Park because of the foundation of the the basketball programs in place and this where starts like A'ja and Seventh Woods got their starts-in local basketball programs.