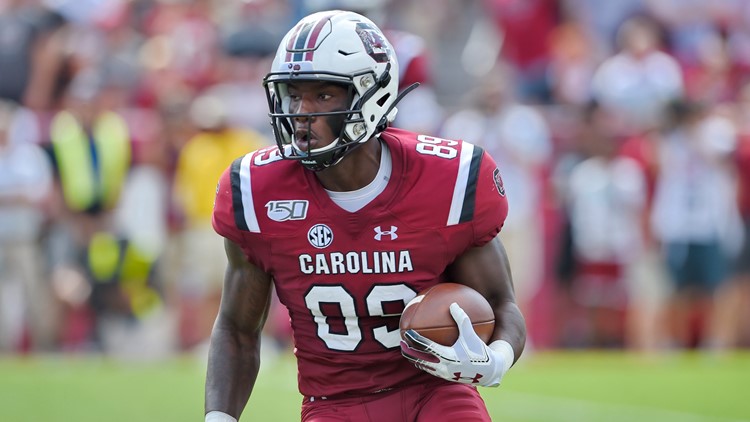 Edwards was picked 81st overall in the Third Round.

After four years in the South Carolina program, Edwards ending up setting school records with 234 career receptions and 3,045 career receiving yards. He also set the program record for consecutive games with a catch (48).

The Conway native ranks third in school history with 22 career receiving touchdowns, one behind record holders Sidney Rice and Alshon Jeffery. He very well could have tied or broken the record but he missed the final two games with a knee injury.

RELATED: Five Gamecocks are headed to the NFL Combine

He also suffered a broken foot in February as he was training for the NFL Combine.