The loss drops the Gamecocks to 3-3. 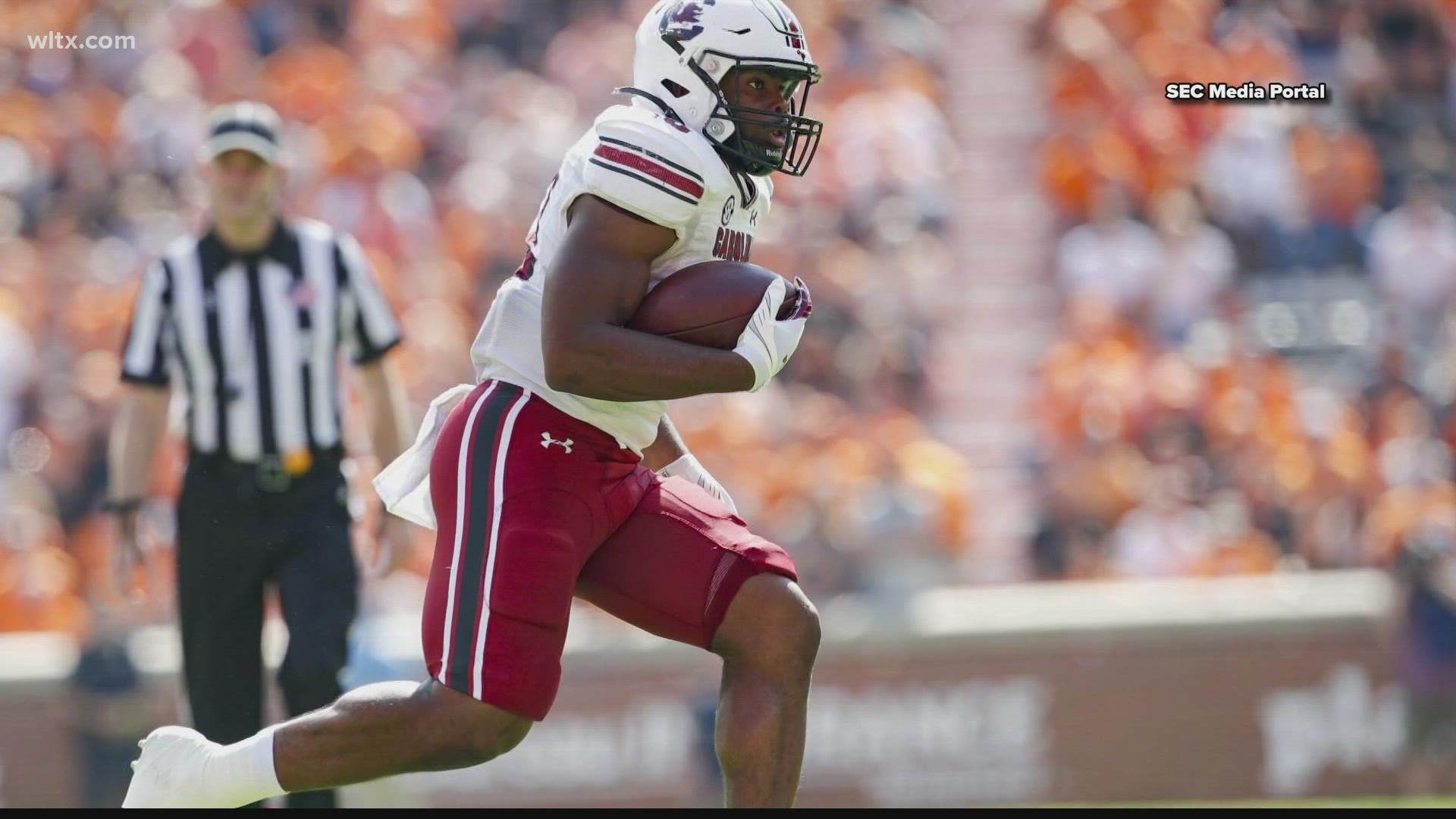 Vols' running back Tiyon Evans rushed for 119 yards and a touchdown before leaving midway through the third quarter with an injury.

Trailing by 31 midway through the third quarter, South Carolina had fourth-and-9 on the Tennessee 44. Punter Kai Kroeger hit wide-open Payton Mangrum with what turned out to be a scoring pass and a 38-14 difference.

As the Vols were leading 28-0 with just under six minutes left in the first half, Evans found a seam up the middle and won the race to the end zone for a 45-yard TD and 35-0 Tennessee lead. With just over 2 minutes left in the half, South Carolina finally got on the board. Luke Doty's 24-yard pass to Dakereon Joyner was the key play in a 75-yard drive that was culminated by a 6-yard run by Harris.

Tennessee's Jalin Hyatt scored the game's first touchdown when he caught a slant from Hooker from three yards to cap a 66-yard drive. Less than three minutes later, Hooker connected with JaVonta Payton from 39 yards for a 14-0 advantage.

Before the first quarter ran out, Tennessee upped the score to 21-0. South Carolina had the ball inside the Vols' 5-yard line when receiver Jalen Brooks threw a pass that was intercepted in the end zone by Jaylen McCollough. Five plays later Hooker scored on an 11-yard run. With 12 seconds left in the first quarter, the Vols made it 28-0. Four plays after a Gamecocks fumble, Hooker hit Velus Jones for a 21-yard score.

Carolina returns to Williams-Brice Stadium for a 4 p.m. kick against Vanderbilt on Saturday, Oct. 16. The game will be televised on SEC Network.