CBS hoops analyst is quite bullish on the Gamecocks

Jon Rothstein from CBS Sports has already compiled a preseason top 45 and the Gamecocks are in the top 40. 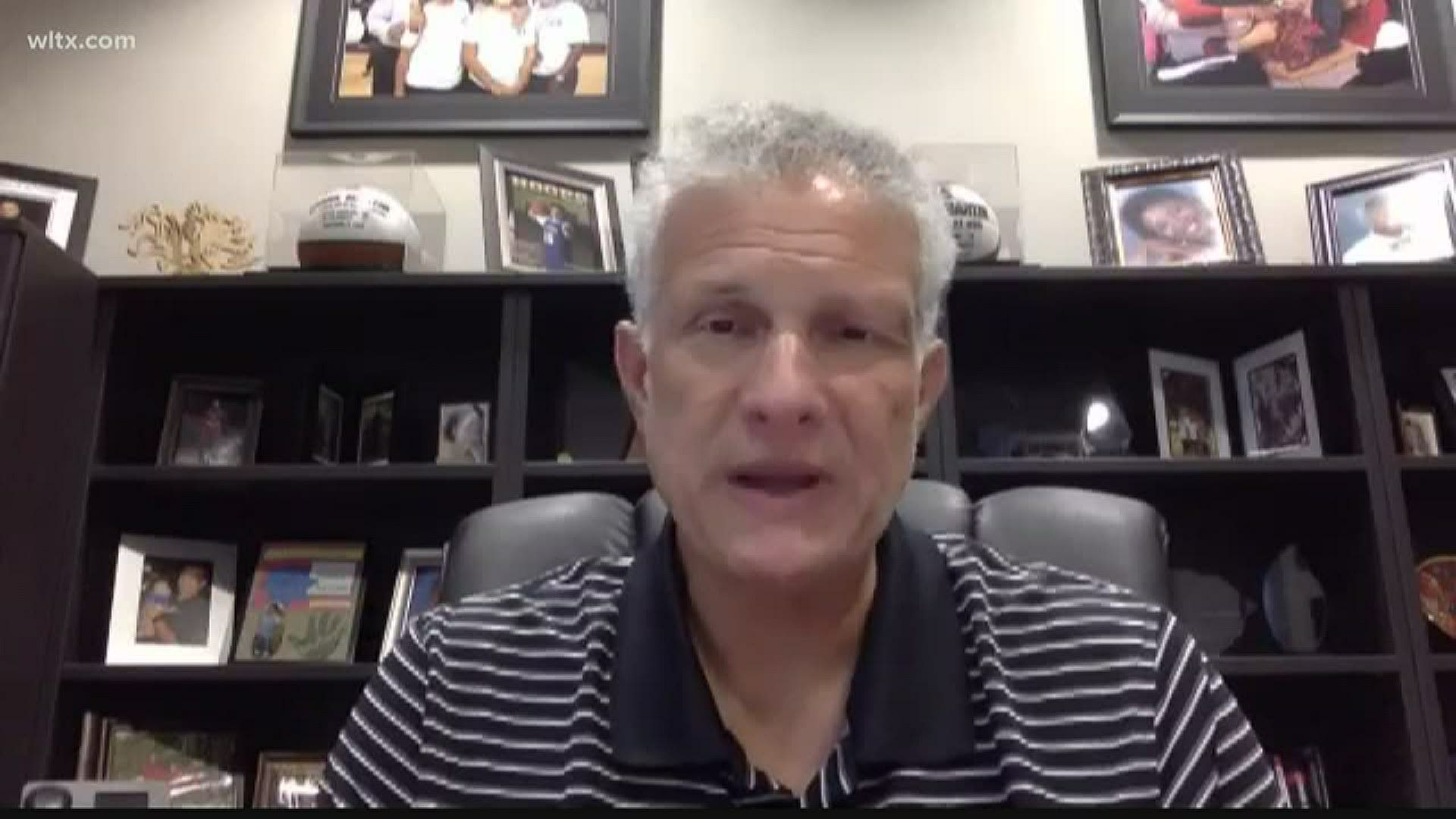 COLUMBIA, S.C. — Perhaps nothing is more fluid than a preseason basketball poll in early August but CBS basketball analyst Jon Rothstein has released his "Early Rothstein 45" for the upcoming season.

Rothstein waited until the deadline passed for players who had declared for the draft to return to their respective programs and no doubt A.J. Lawson's return to the Gamecock program is a big reason why Rothstein has that team among the top 40.

Rothstein puts the Gamecocks at 36th in his rankings which has Villanova at the top.

The Gamecocks finished 18-13 in 2019-2020 and while they have to replace the departed Maik Kotsar and Jair Bolden, Hammond graduate Seventh Woods will be playing his first and only season with the Gamecocks after transferring from North Carolina. Woods sat out last season to "catch his breath" according to head coach Frank Martin who at the time said Woods would benefit from the year off so he can make one final run at this level.

The conclusion of the NCAA's early entry withdrawal deadline for the 2020 NBA Draft means we have a new ROTHSTEIN 45.

Given the fact that the season was cut short due to COVID-19, Martin and Woods were quite prescient in that decision assuming the 2020-2021 season doesn't meet a similar fate.