No. 1 Clemson overwhelms The Citadel 49-0

Clemson came out fast, stayed sharp and played just about everybody available in the runaway victory. 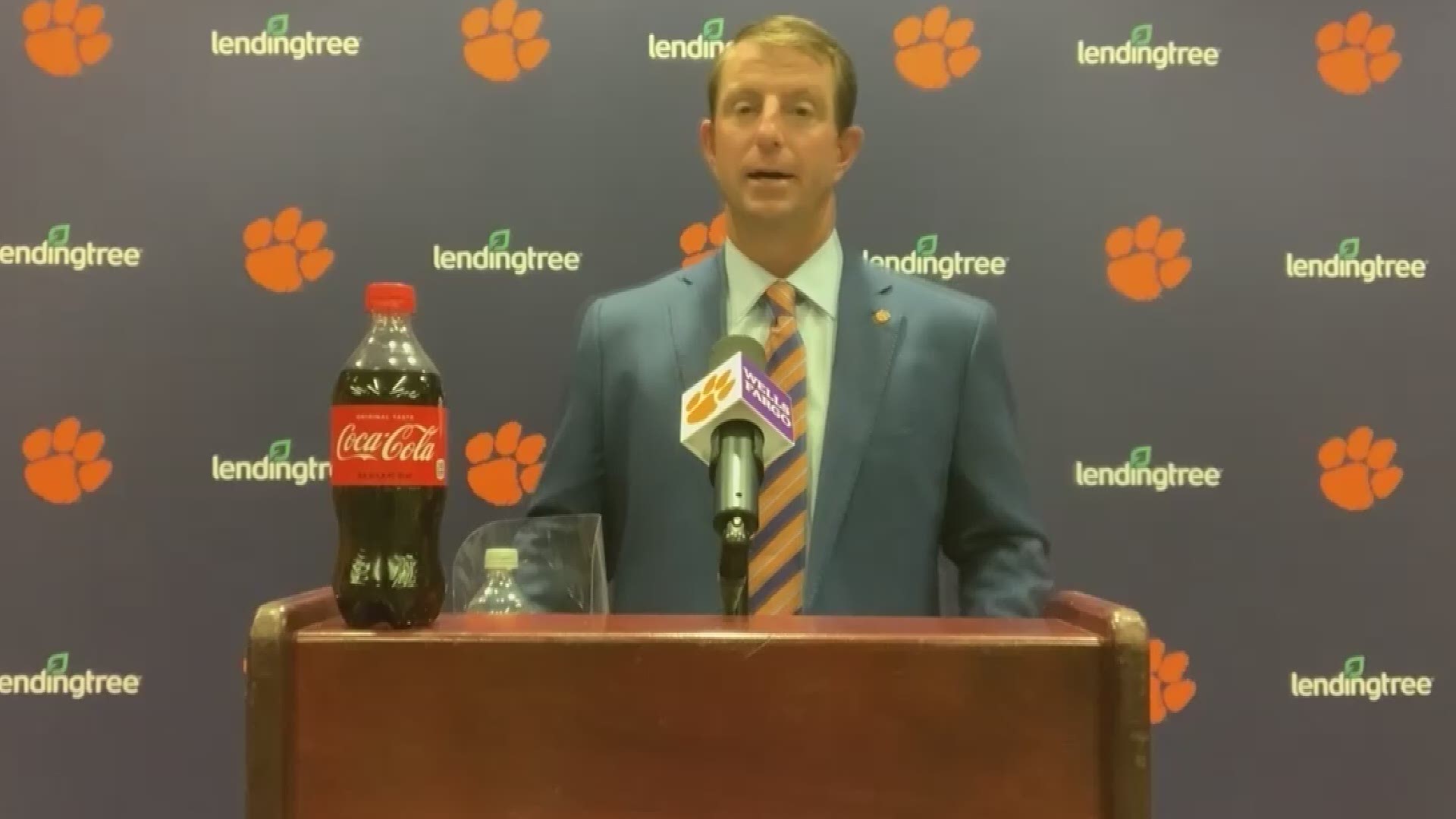 Lawrence also rushed for his third TD already this season, leading the way as the Tigers improved to 35-0 against teams from the Football Championship Subdivision.

Clemson came out fast, stayed sharp and played just about everybody available in the runaway victory. Lawrence was 8 for 9 for 168 yards, including scoring passes of 54 and 17 yards to Frank Ladson Jr. and 44 yards to Amari Rodgers.

The Citadel: The best thing about this one for the Bulldogs could be the $450,000 they got from Clemson for the game. Although, they did hold the Tigers backups off the scoreboard the final two quarters with two fourth-down stops and a fumble recovery.

Clemson: The Tigers put the game away early and no one got hurt heading into an off week. Lawrence and Etienne continued their strong play and look more than ready to keep dominating when ACC play continues in two weeks.

Clemson continues its three-game homestand against Virginia on Oct. 3.