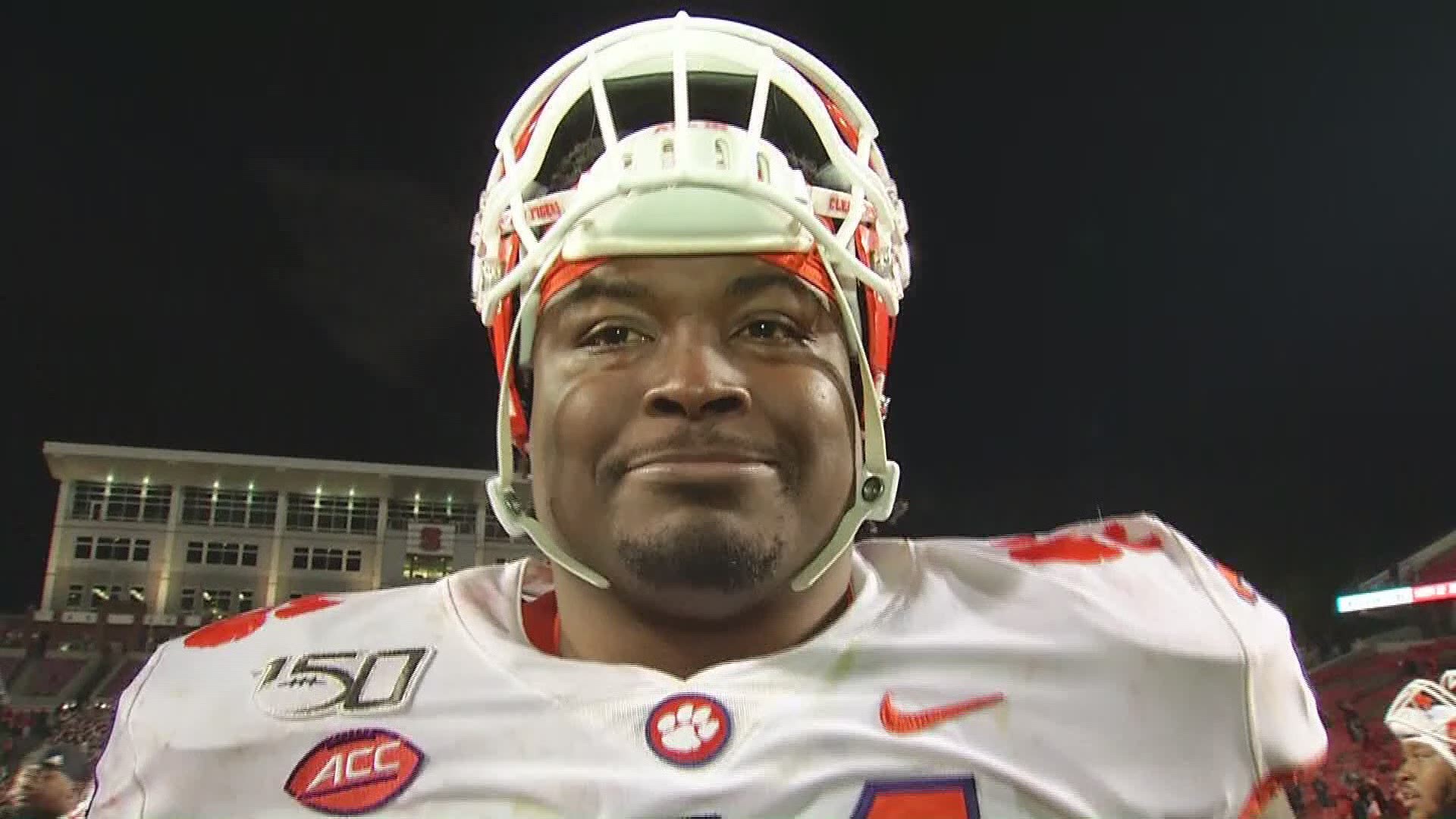 RALEIGH, N.C. (AP) — Trevor Lawrence threw for two scores and ran for another in a dominating first quarter for fourth-ranked Clemson, which beat North Carolina State 55-10 on Saturday night to clinch a trip to Atlantic Coast Conference championship game.

The reigning national champion Tigers learned this week that they were on the outside looking in for the first rankings for the four-team College Football Playoff. Yet coach Dabo Swinney had said the Tigers (10-0, 7-0, No. 5 CFP) were in a "good spot" and needed to focus instead on finishing strong.

Starting that way was enough against the Wolfpack (4-5, 1-4) as Clemson extended its school-record winning streak to 25 games.

By halftime, Clemson led 42-0. That first half was highlighted by 6-foot-4, 330-pound left guard John Simpson taking a goal-line handoff and plowing in for a 1-yard touchdown. Near the end of the game, Clemson added a 1-yard scoring run with 11 seconds left before letting linebacker James Skalski unsuccessfully kick the extra point.

There weren't many positives for N.C. State beyond freshman Zonovan Knight's 53-yard TD run. That came early in the third quarter, long after the Wolfpack's typically rowdy fans had fled for the exits to leave the rest of the game to play out in a largely empty Carter-Finley Stadium.

Clemson: The four-time reigning ACC champions claimed the league's Atlantic Division title with the win and No. 22 Wake Forest's loss at Virginia Tech earlier Saturday. That will give the Tigers a shot at becoming the first team in any power conference to win five straight league championship games when they face the Coastal Division champion Dec. 7 in Charlotte, North Carolina.

N.C. State: Injuries have caused an already young team to force even younger players into the lineup, and it didn't get better Saturday night. A Lawrence keeper ended with three Wolfpack players lying on the turf in pain and ultimately left freshman linebacker Payton Wilson with his left arm in a sling and an ice bag on his shoulder. Redshirt freshman Devin Leary struggled again in his second start at quarterback — including simply dropping the ball in the pocket for a turnover — in a game that got away quickly. N.C. State must win two of the final three games to reach a sixth straight bowl game.

The Tigers could move up in the AP Top 25 with No. 2 Alabama losing to No. 1 LSU. They also could rise in the playoff rankings with Alabama (No. 3 CFP) and No. 5 Penn State (No. 4 CFP) both falling Saturday.

Clemson: The Tigers host No. 22 Wake Forest next Saturday.